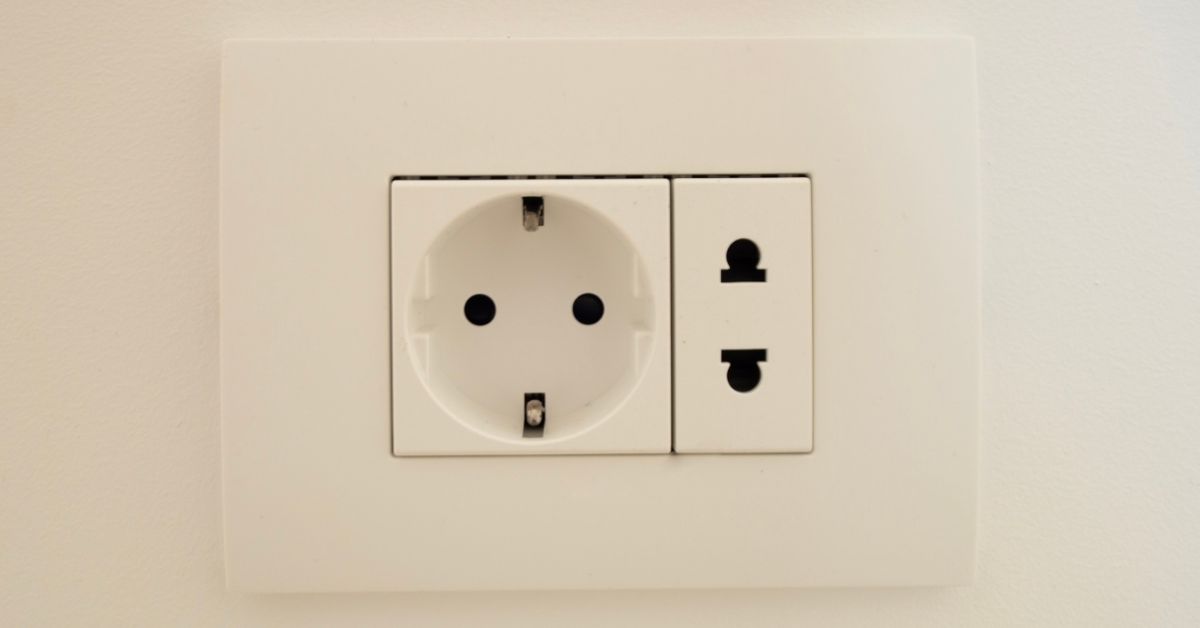 1). Both Have Similar Design

If you look at the diagrams that P.C. Richard and Son has published, you will realize that the 20Amp outlet has a horizontal pin. You have to match the plug of your appliance to the right outlet, be it 15 or 20 Amps.

In other words, you cannot differentiate between 110v and 120v outlets by their design. Both outlets look the same.

In fact, a 120v outlet is designed to handle a voltage ranging from 110 to 120v. In other words, a standard 120v outlet also works as a 115v outlet. The price tag may rise to $22 in the case of outlets with USB ports. The number of prongs will also affect the price.

Naturally, three-prong outlets are slightly more expensive than two-prong outlets. But the voltage (110 VS 120) won’t make a difference. If you’re objective was to use the price difference to tell them apart, you will be sorely disappointed.

Many people argue that 110v is safer than 220v because it exposes the body to fewer volts. However, that doesn’t make 110v power supplies harmless. 110v can kill you just as effectively as 220v, especially if the current cuts across your heart.

When it comes to the danger they pose, every professional electrician you talk to will tell you that the difference between 110 and 120v is too small to matter. Even though 120v is higher, it is not necessarily more dangerous than 110v. You cannot use this criterion to differentiate between the two.

4). Both Are Used in North And South American Countries

110v and 120v power supplies are prominent in North American and South American countries. You will find them in the US, Canada, Mexico, Cuba, and Barbados. You will also find 110/120v in Honduras, Belize, the Bahamas, Nicaragua, Puerto Rico, and Costa Rica, to mention but a few.

If you want to know where your country falls, Power Stream has an extensive list that reveals the voltage and plug styles used in various countries. Most people know that many European countries use 240 volts whereas the US prefers 110/120.

A lot of people do not realize that 110 and 120v are the same. They do not understand that the 110 vs 120v debate is unnecessary because the differences between 110v and 120v are not strong enough to affect the kinds of devices you can use.

The average power company in the US supplies 120v to residential locations. An American home has two 120v lines supplying power to the service panel. But because of the resistance in the wiring, that 120V will fall to 115V by the time it reaches the outlet in your home.

If you have an extension cord connected to that outlet, you will find that the voltage in the outlets of the extension cord is as low as 110v. Simply put, the voltage in your home may range from 110v to 125v. The power company knows this. They also know that any appliance that can run on 120v can also run on 110v.

A 110v power supply is the same as a 120v power supply. The terms are used interchangeably because the difference between them is too small to matter. It is better to compare 110v to 220v.

110v is often commended for being safer. It can still shock careless consumers but it is less likely to result in death than 220v. 110v also requires thinner cables. The Guardian doesn’t expect you to lose as much energy through heat. But you cannot use those factors in a 110 vs 120v debate because the differences are minimal.

120v is just as dangerous as 110v. It will cost the same. You can expect to lose the same amount of energy through heat. Additionally, the same appliances that run on 110v can run on 120v.

7). The Best Amongst These Two

Neither option is better than the other. When people say 110v and 120v, they are basically talking about the same thing. 110v doesn’t have any advantages that make it better than 120v. The reverse is also true. 120v is not superior to 110v. They are the same.

You can identify a 110v outlet by its appearance. A 110v outlet has verticle slots on either side. If the outlet is designed to support three-prong plugs, it will also feature a third semicircular prong. A 120v outlet has the same design.

If you want a more definitive method for identifying the two, you can measure the voltage of the outlet with a multimeter.

Insert the probes of the multimeter into each slot. If you have a 110 or 120v outlet, Multimeter shows a reading ranging from 110 to 120v.

The final figure might be slightly higher or slightly lower. But if it is within that range, you can comfortably conclude that your outlets are 110/120v. If the multimeter has refused to show any readings, you may have a wiring problem.

What you have to understand is this: it won’t make any difference to your retailer whether you ask for a 110 or 120v outlet. They will sell you the same thing.

An appliance with a rating of 120v can work in a 110v outlet. The ratings of appliances are never as precise as their labels suggest. They can handle fluctuations of up to 10 percent in the voltage.

If a home has a 120v power supply, the voltage may fall as low as 108v or rise as high as 132v depending on the situation. And an appliance with a rating of 120v can work comfortably within that range.

Some appliances are a little too sensitive and they may become hotter than normal because they are pulling more amps. But they will still work. The practise won’t attract any catastrophic consequences.

The standard voltage in the US is 120v (60Hz AC). 120v will enter the average American home on a single hot wire. But because of the resistance, the voltage may drop before it reaches your outlets and appliances.

In other words, if you look at your service panel, it will tell you that your home has a 120v power supply. But if you measure the voltage in the outlet using a multimeter, it might be lower than 120v.