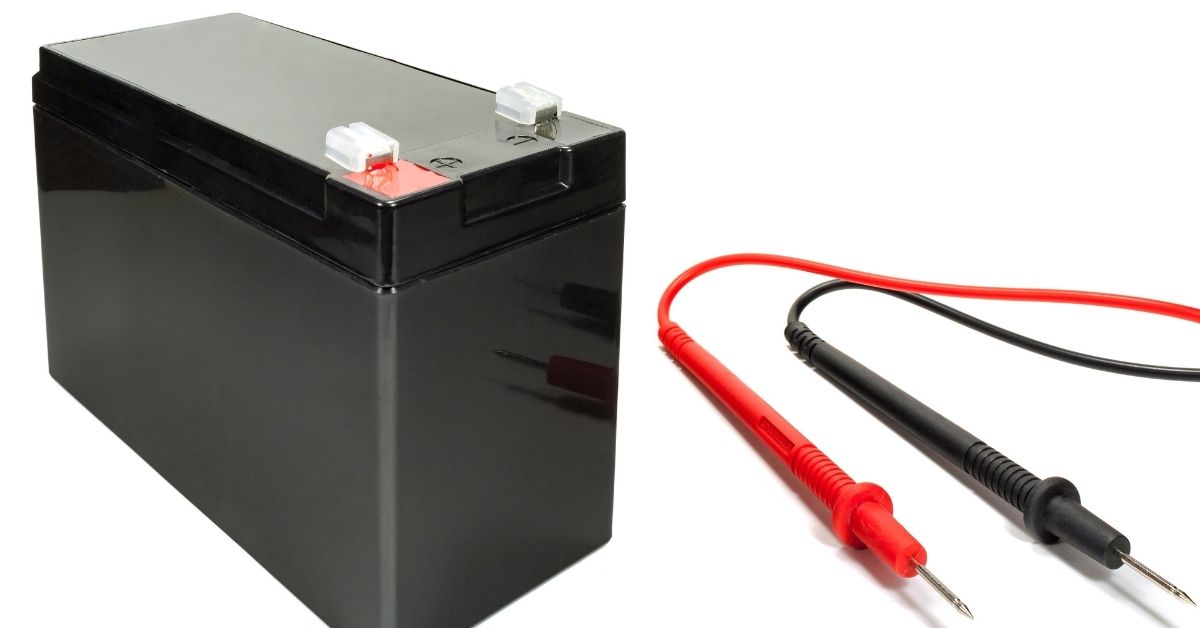 Should battery backup noise concern you? Battery backups are indispensable because they enable consumers to safely shut their computers down in the event of a power outage. But if your battery backup is making noise, it may do more harm than good.

Why Is My Battery Backup Making A Noise?

Battery backup produces different types of noise. If your backup has a fan, that fan may respond to a case of overheating by running at a higher speed than normal which, in turn, will generate a much louder humming. If something is detached or broken, it will produce rattling inside the ups.

Some types of battery backup noise are perfectly normal. For instance, a battery backup will generate an alarm to let you know that your computer has switched to the backup’s battery power.

It will also produce an alarm that will warn you of an impending loss of power, especially if you’ve been using the backup for much longer than intended. Many backups are not meant for long-term use. They can only offer a few minutes of power.

You cannot use them as a replacement for a generator or utility power. As such, they have alarms that will let you know when their batteries are nearly depleted. You should check the manual to identify the meaning of the alarm.

Some battery backups have different types of alarms. Certain models will generate a sound in the event of a power surge. A manual will educate you on all the alarms you can expect. If the manual isn’t clear, call the manufacturer and explain the noise. They will identify it.

Some noises are disturbing but also normal. For instance, if your backup has a fan, it will generate a louder humming.

Other noises require your immediate attention. For instance, rattling inside the UPS is a problem because it shows that something is either detached or broken. Regardless of the sound coming out of your battery backup, do not open it unless you know what you’re doing.

If you have concerns, switch the backup off and wait for a professional to diagnose the issue. Battery backups are dangerous.

Now that you understand that battery backups can produce all kinds of noises and for various reasons, it is time to look at some of the noises you may encounter:

Most UPS devices will beep to let you know that they are running on battery power. They will beep twice every fifteen to forty-five seconds. But if you have a long, solid beep, the UPS is letting you know that it is overloaded.

Rapid beeps are designed to tell the consumer that the unit is almost out of power. But the meaning behind beeping noises in a different model may vary.

Consult the manual to find out what the beeps mean. Kstar has already noted that their UPS will beep occasionally just to show that it is working. Though, they also agree that continuous beeping is a sign that the backup battery is low.

How Do I Stop My Battery Backup From Beeping?

If the beeping persists, look for and unplug any devices that are connected to the same outlet as the computer. Appliances such as refrigerators can cause the voltage to drop because they draw so much power. This will force the computer to rely on the UPS to meet its power needs.

Though, in some situations, the wall outlet is simply faulty. You have to test it with a voltmeter to ensure that it is working.

If you cannot eliminate the beeping despite taking the steps above, you have to consider the possibility that you have a bad battery.

Hire an electrician to diagnose the issue. Do not open the UPS to check the battery unless you have the necessary skill and experience.

If your battery backup is making a loud noise but the noise doesn’t sound like the alarms described in the manual, the fan might be the culprit. If a malfunction, surge, or overload has resulted in overheating inside the UPS, the fan will run at a much higher speed to keep the internal components of the backup cool.

A loud battery backup noise should concern you. Even though battery backups are not necessarily silent, the sounds they generate are not loud enough to disrupt your work. That doesn’t include ordinary alarms such as those designed to tell you that the battery is depleted.

APC has also pointed out that their backups carry out self-tests every two weeks. These units will produce a constant tone if they fail a self-test. Such tones are normally loud because they are designed to catch the consumer’s attention to inform them that the battery needs replacement.

Battery backups do not last forever. If you cannot identify the source of the battery backup noise, even with professional help, you should just get a new battery backup. The noise is the unit’s way of telling you that it has reached the end of its lifespan.

A high-pitched noise that sounds like squealing is bad. In some cases, you can blame it on the battery charging circuit, especially if you have battery backups that use switching to charge the battery.

Naturally, you should first consult an expert. They will tell you whether you need to replace the entire unit or just the battery.

If your battery backup has automatic voltage regulation, you will hear a click whenever the backup boosts or reduces the input voltage. Therefore, clicking isn’t necessarily a problem. While your particular backup may also generate a clicking sound whenever it detects a voltage spike. It could also click because the relay is broken.

Clicking on the relay also produces a sound as a result of boosting and trimming functions. But you should consult the manual and the manufacturer to confirm. As was mentioned before, the meaning behind the sounds produced by a UPS will vary depending on the model.

Many battery backups hum when they are active. For the most part, this is normal. A UPS may hum because it is charging its batteries or carrying out a self-test. The humming may also originate from the fan.

Buzzing is another sound that might be normal, especially if it is coming from the power transformer. If the buzzing is too loud to be normal, the fan is probably running at a higher speed to combat overheating.

As you may have guessed, you need to investigate the overheating, especially if you have determined that the fan hasn’t malfunctioned. But again, in many cases, humming, and buzzing sounds are harmless, generated when the battery backup is working or charging the battery.

How Do I Stop The Buzzing Sound On My UPS?

Because it is normal for a conventional UPS to buzz, you cannot stop the buzzing. You should consult the manual before you make any conclusions. If the manual concurs that the buzzing noise is normal, you should just ignore it.

This assumes that the buzzing noise is not coming from a faulty fan or a fan that is running at a high speed because of overheating. You cannot solve those problems on your own. You need a technician that can open the backup to repair or replace the fan. Otherwise, forget about the buzzing and humming. It is normal.

A constant sound is normally associated with a power problem. If you can hear a constant beeping, the unit’s battery is almost out of power. The UPS wants you to shut your computer down before it is too late. You can also get a constant tone in situations where a UPS has failed a self-test.

Consult the manual to find out what a constant tone means in your case.

How Do I Silence Battery Backup?