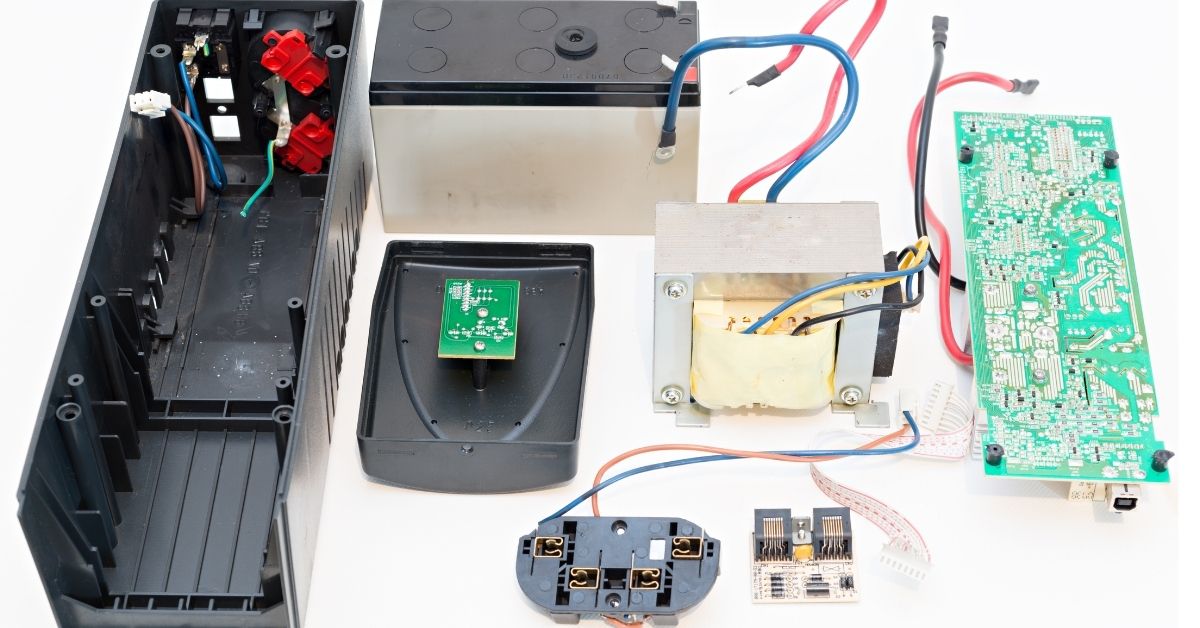 Battery backups are supposed to keep your devices going whenever the power from the grid becomes unstable and unreliable. But what happens when your battery backups stop working?

Reasons Behind Battery Backup Not Working

Every battery backup will stop working eventually. Every device with a battery that is repeatedly charged and discharged will wear out. You cannot avoid this outcome. That being said, certain factors can cause a battery backup to wear out at a faster rate., including:

Do not expose a battery to voltages that exceed the range the manufacturer recommended. Doing so will damage the damage. Overcharging and undercharging is equally dangerous. It will cause the battery to die before its time.

Quality Power Solutions expects consumers to charge their battery backups every three months. They believe that allowing a battery backup to go unused for several months at a time will reduce its capacity

How Do You Fix A Battery Backup?

If your backup is connected to a reliable power source using a suitable cord, and it is still not working, you should turn your attention to the power source.

1). Look for the button that allows you to reset the circuit breaker. In some cases, this is enough to fix the battery backup.

2). Open the battery backup and look for the fuse. According to Raw Info Pages, sometimes, replacing a damaged fuse is enough to fix a dead battery backup.

3). Use a voltage reader to check the battery directly. If the battery is clearly dead, replace it. It is worth noting that opening the battery backup will void the warranty. But if you don’t care, you can replace the battery yourself. This is a simple matter of taking the battery out of its slot and putting a new one (with similar specs) in its place. Manufacturers won’t tell you this because they want you to buy brand new backups every time the old one dies.

But in truth, the batteries found in backups are quite ordinary, and they are easy to find.

In most cases, when a backup stops working, the only component you need to replace is the battery, not the entire backup device.

Though, if you don’t have the technical skills, you should hire an expert that can check the filters, fans, capacitors, connections, and any other component that could cause a backup to stop working.

How Do I Know If My Battery Backup Is Bad?

A battery backup cannot speak. But if it has gone bad, it has so many ways of letting you know, including:

The battery is the most important component of a battery backup. Some batteries can be accessed with ease. It is a simple matter of removing one or more screws. But some batteries are too difficult to access.

If you can access the battery, Battery Stuff encourages consumers to look for swelling or leakages. You should also check for discolouration and cracks around the plastic casing that covers the battery.

You can test the functionality of the battery backup by disconnecting it from a power source. A conventional battery backup for your computer is supposed to provide enough power to operate the machine for several minutes.

If the battery backup stops working the moment you disconnect it from a power source, something has gone wrong. Backup batteries that start beeping incessantly when you disconnect them from power are also a source of concern.

According to Hummingbird Networks, many UPS vendors can remotely monitor the functions of a backup system using networked software. You can use this software to determine whether or not the battery backup is working as expected without opening it.

Modern battery backups have an alarm that is designed to warn the user when their battery backup deteriorates to a point where it has to be replaced. Some alarms produce a sound. Others use a light indicator. Some alarms use both. Many modern units include a mechanism that can be used to test the functionality of the battery backup.

In other words, you shouldn’t so quick to replace the device. Activate the self-test mechanism to ensure that the UPS is truly dead. Otherwise, a false alarm might trick you into replacing a perfectly functional unit.

Sometimes, resetting a battery backup can solve the problem because some of the errors users encounters are caused by software malfunctions. For instance, some consumers have batteries that keep showing a runtime of 0 minutes even though they are fully charged. A reset can purge the backup of these errors.

How Do I Reset My Battery Backup?

How Long Does Battery Backup Last?

While a decent backup can remain in operation for fifteen years or more, the lifespan of the battery is only three to five years. Even if the entire backup unit can survive for over a decade, you have to replace the battery every few years.

If the backup is not charging, the battery is probably dead. If you trust the battery, check the power source. You may have a faulty wall outlet. If the outlet is fine, check the charging cord. Use it on another backup (if you have one) to ensure that it is still working. Otherwise, you need an expert to open the device to look for loose connections and worn-out components.

If you have an inverter, Mr. Right Ideas blames this problem on burnt rectifiers, melted fuses, and loose battery connections.

How Do You Fix A Battery Backup That Is Not Charging?

If your backup is not charging,

Battery Backup Not Powering/Turning On

If the backup isn’t turning on, the battery might be dead or disconnected. If the battery isn’t the issue, the circuit breaker might have tripped. The fault could lie in the absence of input power or even poor quality input power.

How Do You Fix Battery Backup That Is Not Turning On?

These are just a few of the solutions you can deploy:

You should consider the possibility that your battery is dead. You should get a new one. If you haven’t used the backup in several months, try taking the batteries out and using smart chargers to revive them.

I also encourage consumers to leave their backup plugged into a power source for at least 24 hours. This assumes that they have a genuine battery. If they don’t, they should replace the non-genuine item with a genuine model because the quality could be the cause of the error.

UPS Not Working On Battery

This means that the battery is dead. Or it has a defect that prevents it from producing the power the backup unit needs to operate. Either way, you should replace it.

An internal short could cause this problem. You should also check the circuit breaker to ensure that it hasn’t tripped. Some people that encountered this issue with their backups and surge protectors found that it was caused by dust and debris on the PCB board. They solved the problem by cleaning the board (along with the relay driver).

It is possible to physically disconnect the outlets in a smart UPS. If this isn’t the cause, a configuration issue with the switched outlets could be the problem.

If you want to buy a battery backup, these are some of the challenges and problems you can expect to encounter, as well as their solutions:

1). Every battery eventually wears out. You can’t avoid this. The only solution is to replace it.

2). Fans will also fail over time. You have to maintain them regularly to extend their lifespan, and to replace them once they die. A UPS without a fan will overheat.

3). The rectifiers may burn. You need an expert to fix this issue.

4). The fuse in your unit can melt. You have to replace it.

5). You can prevent loose connections by checking and cleaning the battery terminals. You should also clamp them firmly. It is equally advantageous to inspect and clean the contactors.