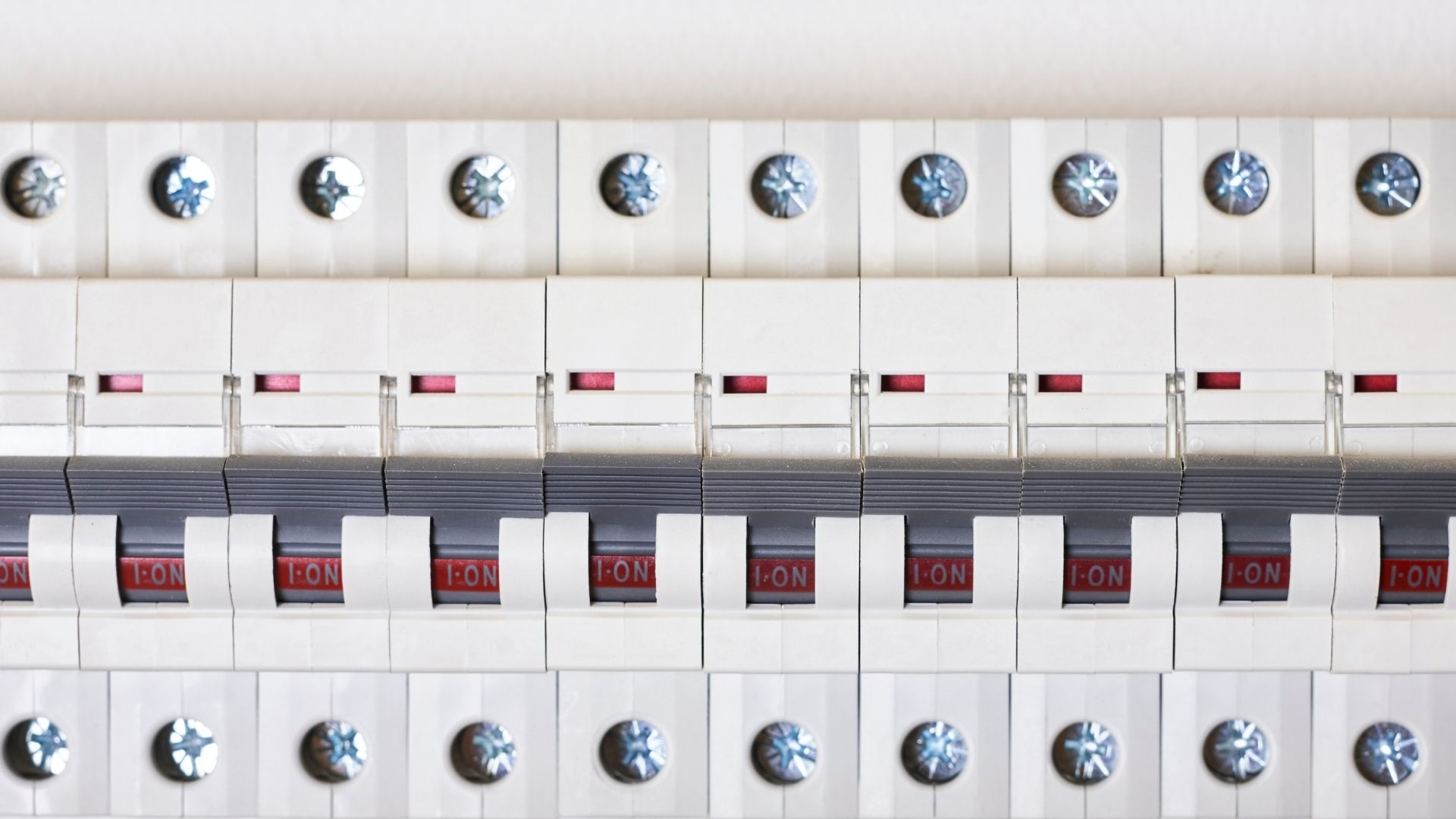 Breakers with flashing lights induce panic in laypeople. But some of that panic is unnecessary. Some breakers blink because things have gone wrong. But in other cases, the flashing light is entirely innocent.

What Does A Blinking Breaker Mean?

A blinking breaker means that

Are breakers supposed to blink?

No, conventional breakers don’t blink. If your breakers are flashing, you’re not hallucinating. You probably have GFCI and AFCI technology in your electrical panel.

People use the terms ‘AFCI’ and ‘GFCI’ interchangeably. But they don’t mean the same things. AFCIs don’t care about ground faults. Instead, they respond to arcing.

If your breaker is blinking, you can blame one of the following factors:

If the blinking breaker has AFCI technology, it probably tripped. If your AFCI has multiple LEDs, the color of the LED will reveal the reason that caused the device to trip. GFCIs are the same. The type of flashing light will indicate the nature of the fault. The flashing light is for your benefit. It warns the consumer that something has gone wrong.

Many modern AFCI and GFCI breakers carry out automatic tests. Usually, you can test a GFCI by pressing a button to simulate a ground fault. The GFCI has to trip to prove that you can trust it to protect you from ground faults.

Once it trips, you can reset it by pressing another button. If the GFCI refuses to trip or reset, you can troubleshoot it to find the problem. Modern AFCIs and GFCIs perform these tests automatically.

A breaker may blink to let you know that a test has begun. It will also flash to alert you that the device has passed or failed a test.

A breaker may respond to loose wiring by flashing, especially if the loose wiring is causing arcing or an interruption in the power supply. The breaker will alert you the moment it detects a problem.

If you overload the breaker, it may blink to warn you that the current is approaching its threshold. You can blame overloading for the blinking lights if you notice obvious signs like flickering LEDs in your home and crackling outlets.

A breaker is supposed to trip when you overload the electrical system. However, some advanced breakers will alert you when the load on the system approaches the threshold that usually trips the breaker.

Some breakers are intelligent enough to realize that they have reached the end of their lifespan. They will alert you via a flashing LED, giving you the opportunity to find a replacement before they stop working altogether. Some breakers will generate an audible sound.

If your breaker’s lights are blinking, start by looking at the manual. Does it say anything about flashing lights? If a manufacturer went through the trouble of adding a blinking LED to a breaker, they would also publish the meaning of that blinking LED in the manual.

If you can’t find this information in the manual, check the official website. Don’t expect the blinking LEDs in breakers from different brands to mean the same thing. You cannot rely on the interpretations provided by other people, especially if those people base their interpretations on breakers that differ in make and model from yours.

If you can’t find answers, consult an electrician. Even if they don’t know the meaning of the flashing light, they can troubleshoot the breaker to find any faults and malfunctions.

Breaker blinks red when the electricity ‘reaches 90 percent of the long-time pick-up setting.’

If you have a Leviton GFCI, a blinking red LED means that the device identifies a problem after performing a self-test. This applies to a breaker in a receptacle. The LED will either blink or remain solid, depending on the situation. The light will disappear once you reset the GFCI.

With Eaton circuit breakers (C and G Series), the light will blink at different intervals depending on the state of the device. For instance, you will observe heartbeat blinking once the current flow reaches 20 percent of the breaker’s rating.

The breaker will blink once per second if the current is 20 to 80 percent of the rating.

As you can see, the exact meaning of the blinking red light will vary depending on the model and type of breaker. Don’t expect an AFCI breaker to use the same interpretation for their red LED as a GFCI or even an ordinary breaker. The manual is the only document that can provide clarification.

Simply put, if an AFCI trips, the LEDs will appear for five seconds whenever you switch the device on. This will continue for thirty days.

If you have an Eaton AFCI breaker that blinks six times, it means a failed self-test.

In other words, the AFCI carried out a self-test, and the results were negative. The device observed a problem. The safest option is to replace the breaker.

A Siemens 20A single pole AFCI will blink yellow for ten seconds when you first switch it on. This is good because it shows that the breaker was wired correctly. It will also blink yellow light on a current leakage.

This emphasizes the importance of the manual. The yellow LED has different interpretations depending on the model.

You won’t see a yellow LED on an AFCI breaker. Expect a yellow TEST button.

Are the lights in your home flickering? Is the breaker faulty? These are your options: