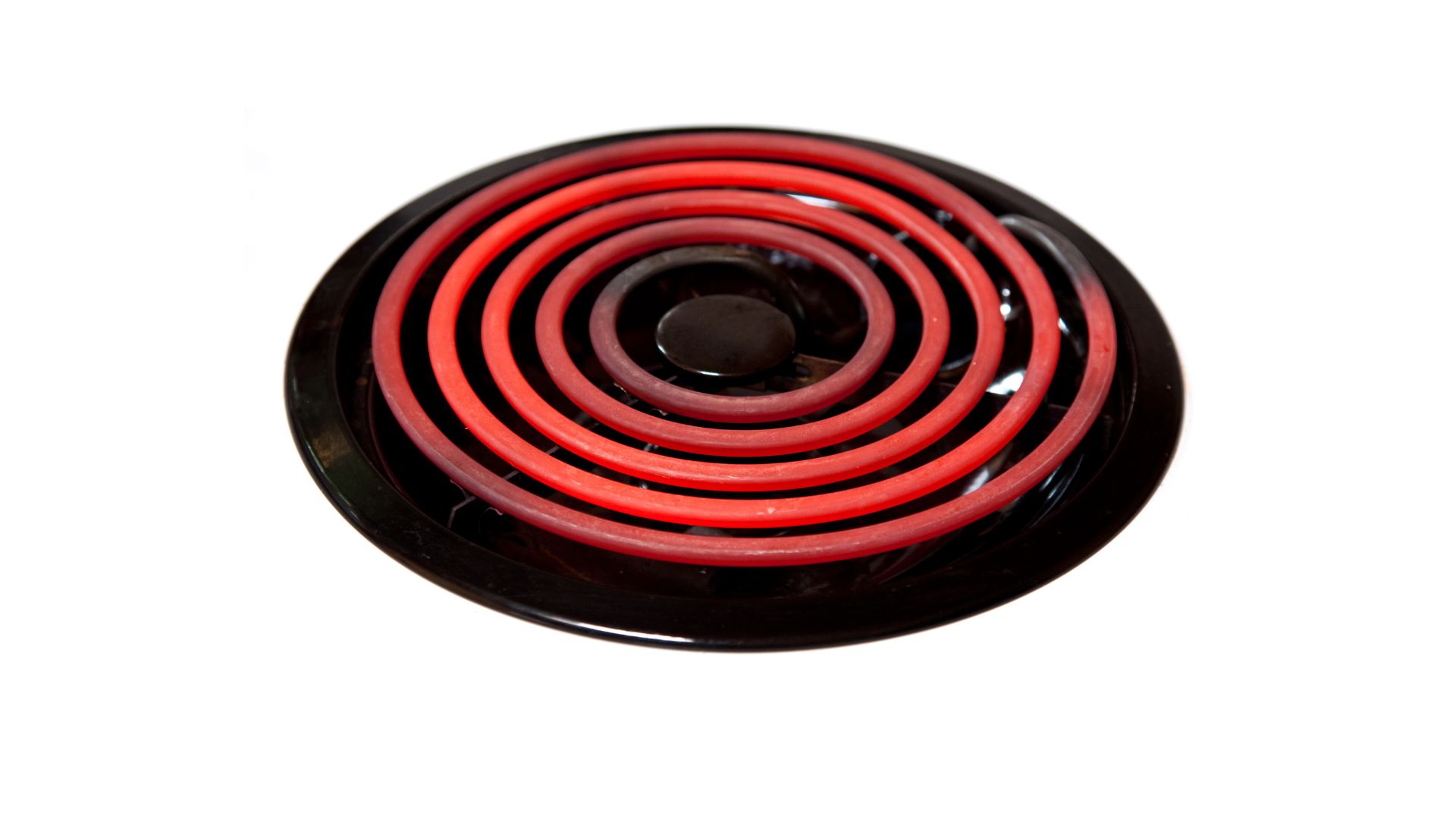 Is your electric stove safe? Yes, it is. But as this guide will soon show, the stove can still catch fire if you mishandle it. In fact, stoves can explode.

Can Electric Stove Catch Fire? An electric stove can catch fire. Electric stoves cook food by running a current through a metal coil, raising the temperature, and transmitting the heat to the cooktop surface. Any appliance that generates enough heat to cook food can start a fire.

Modern electric stoves have an automatic shut-off mechanism that deactivates the appliance if it stays on for too long. But that is not an excuse to leave your electric stove unattended.

Some stoves can remain active for a whopping 12 hours before the automatic shut-off feature kicks in and switches the devices off. That is a problem because 12 hours is more than enough time for a stove to catch fire, start a fire, or explode. You can avoid these outcomes by turning the appliance off whenever you stop using it.

What Can Cause A Stove To Catch Fire?

Electric stoves cannot combust randomly. If yours started a fire, you can blame one or more of the following:

Is your stove connected to a conventional wall outlet? That outlet can start a fire because of loose connections and damaged wiring. Sockets fail all the time. This becomes a problem when those failures produce arcing.

Despite what many laypeople presume, the coils won’t burst into flames simply because you left the electric stove on all night. The coils become a threat when they develop faults. That includes cracking, coming loose, and shifting out of their original position. Damaged coils can produce sparks, paving the way for a roaring electric fire.

Some homeowners don’t stop at leaving their stoves on for hours on end. They also store flammable items on top of the stove. That includes towels and cereal boxes. A fire will start if someone accidentally turns these appliances on without removing the flammable items.

But what if you’re too clever to leave towels and boxes on the appliance? You still have flammable items in the area. A spark from a stove you left unattended at night can ignite the curtains or a magazine on the counter.

When was the last time you hired an expert to perform maintenance on your kitchen appliances? Routine maintenance allows technicians to identify and replace outdated wiring. The conductors in the outlet are not your only concern.

You have the power cord to consider, not to mention the cables that transmit electricity from the circuit to the electric stove. A fire may start as a result of the stove’s electrical needs exceeding the cable’s capacity because your previous contractor selected the wrong gauge.

Or maybe the gauge is acceptable, but the wiring is worn out. As such, it can’t tolerate the stove’s load. You expect the circuit breaker to protect you by responding to overloading, especially in cases where the cables are too small to accommodate the stove. But a breaker cannot protect you from the consequences of damaged wires.

Laypeople expect power surges to destroy their appliances. But that doesn’t always happen. Some surges cause arcing and overheating, two variables that start fires. A surge can also damage the wiring.

Do you cook greasy and fatty foods? These components can start a grease fire if you’re not careful. Grease and fat have been known to spray during the cooking process. In fact, if you inspect the heating elements, you will see all manner of food gunk and residue.

The heating elements can ignite that residue if you leave the stove unattended for long periods. The same thing can happen if you leave a pan on the stove. As your meal bubbles, some of the ingredients may spill out of the pan and onto the stove, igniting and starting a fire.

Spills are not your only concern. The food in the pan can start a fire if you leave it on the stove for so long that all the moisture evaporates.

Some people catch fire because they handled the electric stove while wearing robes, scarves, ties, and other clothing articles with loose sections, such as long sleeves. Similar accidents can occur if you permit children to play with the electric stoves.

Even if your appliance is sophisticated enough to lock the controls in your absence, an active stove can start a fire if you leave it unattended in a house with children.

How Long Does It Take For An Electric Stove To Catch Fire?

A grease fire can start within minutes. But if you have a habit of leaving an active stove unattended overnight, it can take months for the heating elements to incur enough damage to start a fire.

What To Do If Electric Stove Catches Fire?

How To Prevent Fire From Electric Stoves?