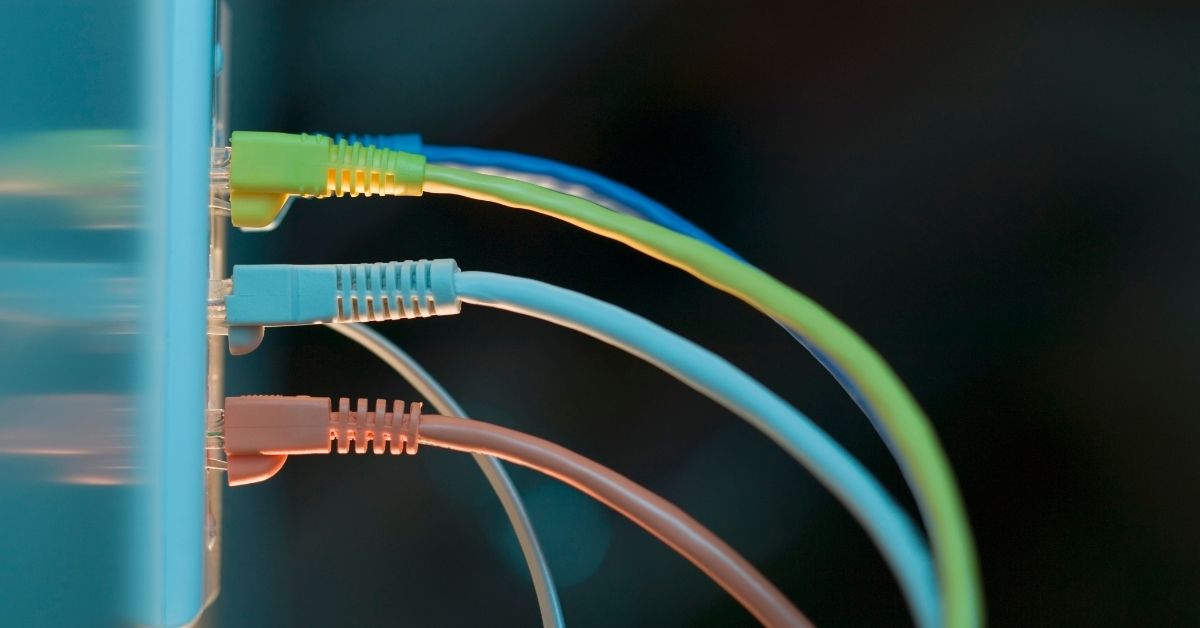 How do you connect to the internet? Is it enough to run an ethernet cable from the computer into a port on the wall? Do you need a router or modem?

Can I Plug Ethernet Directly Into The Wall?

You don’t want that. A router adds an element of security.

This hasn’t stopped consumers from experimenting with this setup.

Some people avoid the practice because they think it is dangerous. They think that connecting their computer directly to a phone jack would fry the machine the next time a phone call came through. But those fears are unfounded.

CHRON’s answer to this question is straightforward. They expect consumers to connect to the internet by pushing one end of a network cable into their computer’s ethernet port and plugging the other end into one of the ports of a router.

Your computer needs an RJ-45 port. However, you cannot guarantee that the computer will access the internet. You have to first find out where the wall jack leads. Is it connected to anything?

Many offices use internet service providers that have added networking infrastructure to the premises that allow workers to connect to the internet by simply plugging the ethernet into the wall.

In other words, the wall jacks in an office lead to something, such as a modem. They are connected to a device that links the user to an internet service provider. The average home doesn’t have this advantage.

How To Plug An Ethernet Cable Into A Wall Outlet?

To plug the ethernet into the wall, you need a wall jack that can connect that ethernet cable to your internet device, be it a router, modem, or both. Building a working ethernet jack requires a certain amount of technical skill:

1). If you want to build an ethernet outlet from scratch, wikiHow expects you to start by identifying a convenient location for the jack. The location should be free of obstacles. It has to be within reach of your computer.

3). Shut the electricity off before cutting into the wall. Follow the outline you made on the wall.

5). Remove two inches of the outer sheath. Connect the wires you just exposed to the keystone connector’s color-coded slots. Once the wires have been secured, you can attach the wired connector head to the back of the ethernet jack’s faceplate.

Running an ethernet cable from the computer to that ethernet jack will create a link to your internet equipment, allowing your computer to access the internet.

Pros and Cons Of Ethernet To Wall

Connecting an Ethernet cable directly to a wall jack is beneficial because it promises faster internet speeds. It is the configuration of choice for people that want to play games and stream movies on the internet.

You get better security and you don’t have to worry about interference. That being said, wired connections of this sort are expensive. Additionally, they limit the user’s movements. If your laptop is connected to a wall jack via an ethernet cable, you can’t just carry the laptop to another room, not unless that other room has an ethernet jack as well.

And even if it does, moving your laptop to another room means disconnecting the machine from the internet. For many people, these inconveniences are worth the benefits, which include dedicated bandwidth and fewer attacks.

Reasons Why Ethernet Into The Wall Not Working?

If you don’t have internet even though the ethernet cable is connected to the wall, one of the following is the cause:

1). If your home or office was recently painted, the paint could have damaged the conductors in the RJ-45 port. If that is the case, replace the jack.

2). If the jack is fine, remove the entire outlet. Check the wires on the other side of the jack. Loose wires can compromise the jack’s operations. Follow the ethernet cable to the internet equipment and look for loose wires on that end as well.

3). If you think the ethernet cable is damaged or compromised, you can use a time-domain reflectometer to test it.

4). If you don’t have networking experience, call a technician to check your work. You probably wired the socket poorly.

You are probably using the wrong ethernet cable. It isn’t that uncommon for lay people to try and insert RJ45 cables into RJ11 jacks. If the cable cannot enter the jack, you are using the wrong cable.

This happens in situations where a homeowner doesn’t realize that their property hasn’t been wired with the right infrastructure to accommodate an ethernet cable. If you trust the cable, and your home has ethernet wiring, check the jack for obstructions like debris. Otherwise, if you’re using the right ethernet cable, it s