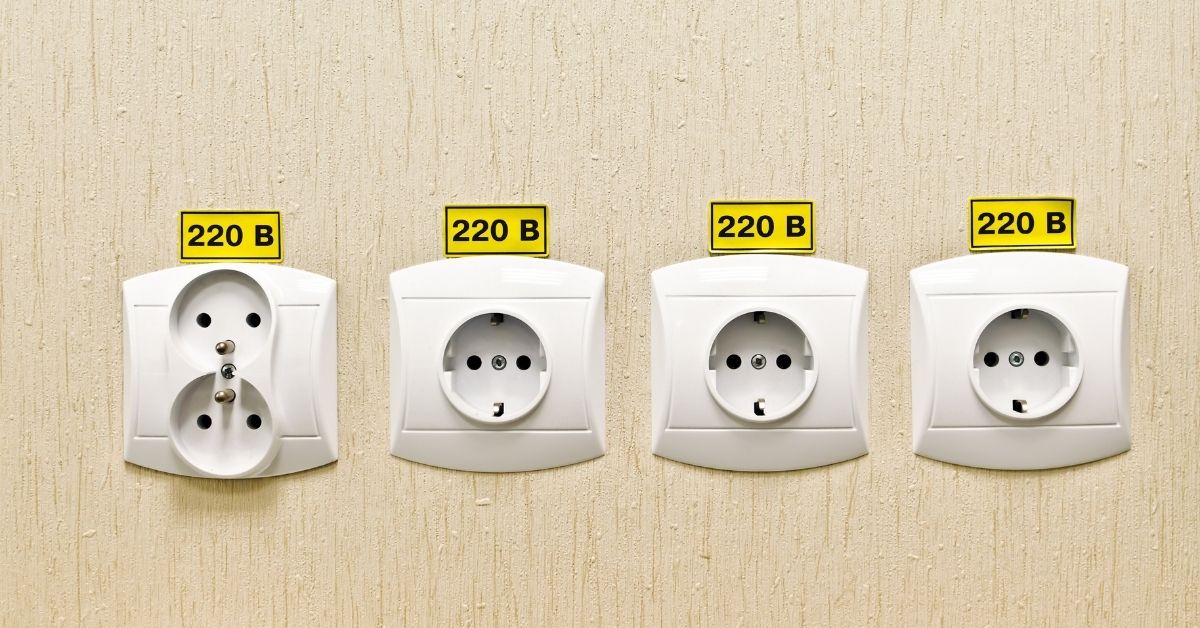 It isn’t advised but it isn’t that big of an issue if you have switched power supplies and appliances or even a voltage adapter. But you can still experiment with this practice in the absence of these safety nets.

Though, again, it is not a good idea. Every electrician you talk to will discourage this practice.

If you plug this appliance into a 110V power supply,  it will perform poorly. You can expect similar results from other powerful appliances such as washers, air conditioners, dryers, and stovetops. Because the appliance can only access a fraction of the power it needs, it cannot perform at its full capacity.

If the appliance in question has a motor, you will notice that the motor has either stalled or it is turning slowly.

Many people think that plugging 220V into 110V will produce a dramatic result. They are convinced that their appliance will immediately explode. Or maybe their circuit breaker will trip to prevent a catastrophe from happening. But such exaggerated incidents rarely occur.

Appliances are designed to work with a particular power supply. In other words, a 220V freezer requires a 220V power supply to operate optimally.

You shouldn’t expect the 220V freezer mentioned above to actually keep your food items cool. Many Air Conditioners will not start in such circumstances. If these conditions persist, you will damage the motor. This will not happen right away.

As was noted before, the consequences of plugging 220V into 110V are rarely as dramatic as people expect.

Weaker appliances like toasters will also die. Though, this will take longer. Forcing an appliance to survive on a power supply that is lower than its rating will reduce its lifespan.

This solution works while some appliances do not need this. Some manufacturers sell dual-voltage appliances. Because they know that some countries use 220V while others prefer 110V, they have designed products with mechanisms that you can use to switch the setting from 110V to 220V and vice versa.

But if you do not have a dual-voltage appliance, you can use transformers and adapters to convert your 220V appliance so that it works on a 110V power supply.

How Can I Convert It?

Converting a 220V appliance to 110V isn’t quite as complicated as it sounds. People think that the process involves changing the wiring of the appliance or adding an internal transformer. But that is not true.

You cannot change the internal mechanisms of a 220V appliance to make it compatible with 110V power supplies.

If you have seen some people mention plug adapters but you don’t know why they are necessary, plugs tend to vary depending on the region. For instance, Japanese plugs have flat blades. Therefore, you cannot push them into Italian outlets because they have round pins.

In other words, the difference will keep you from accidentally plugging a 220V appliance into a 110V power supply.

Unfortunately, this can become a problem in situations where the plug of your transformer has a different configuration from the 110V outlet you want to use. An adapter will solve this problem. You can also use it in scenarios where the plug of the appliance cannot fit the outlet of the transformer.

220V to 110V adapters are safe so long as you take the necessary precautions. That includes buying adapters that have overload protection and ground protection. These features will keep you safe from various hazards.

I also you to ensure that the rating of the adapter is larger than the wattage of the appliances you want to operate. Like other sensitive electric devices, you should keep the adapter away from water. You are equally discouraged from disassembling these devices. If they develop a fault, call a professional.

People only plug 220V appliances into 110V power supplies when they don’t have any other choice, that is to say, they only have 110V outlets on hand. Otherwise, there is no reason to plug a 220V appliance into 110V unless you have to carry out a test or experiment.

Physically, you can plug 110V into a 220V socket. In some cases, the plug of a 110V appliance will differ in configuration from a 220V outlet. But you can just use an adapter to compensate for the difference.

It is not a good idea. In fact, it is more dangerous than plugging a 220V appliance into a 110V outlet. But physically speaking, nothing can stop you from doing so.

The appliance in question will draw more power than it needs. The result will depend on the appliance.

While a 220V to 110V situation results in Undervoltage, a 110V to 220V situation will lead to overvoltage. The appliance will work but it may draw up to four times as much power as it needs. This could cause the appliance to burn out.

Many electricians do not expect to encounter 110V to 220V situations because the plugs of 110V appliances are often incompatible with 220V outlets. It is also worth noting that some 110V appliances have a feature that allows you to change the settings to 220V. This will enable you to safely use the appliance with a 220V power supply.

It isn’t safe to plug 110v to 220v. Overvoltage can destroy the appliance as such if the appliance has a motor, the motor might simply wear out. If the device in question is a bulb, you may hear a crack before it stops working. A toaster might shock you with a flash and a few sparks.

In case you’re wondering, such scenarios can produce an electric fire. All it takes is for a spark to ignite the flammable material in the vicinity. That doesn’t mean that plugging a 110V appliance into a 220V outlet will always result in disaster.

Many appliances have fuses that are designed to respond to the sort of overvoltage condition you will cause by plugging a 110V appliance into a 220V outlet. Those fuses will blow, preventing the current from flowing. This will keep you safe.

In fact, replacing the melted fuse might be enough to get the appliance working again. But this isn’t an excuse to experiment with 110V to 220V situations. At the end of the day, the risk is not worth it.

A 220V appliance that has to work with a 110V power supply requires the reverse. You need a step-up transformer.

If the goal is to change your home’s circuit, it could cost you anywhere between $10 and over $1000. That includes the cost of the permits needed to do the work. If you want to change the circuit yourself, it may be cheaper.

But if your objective is to use a step-down transformer, your costs will be limited to the price of the transformer, which will vary depending on the model and wattage. Some transformers are less than $20. Others cost hundreds of dollars.