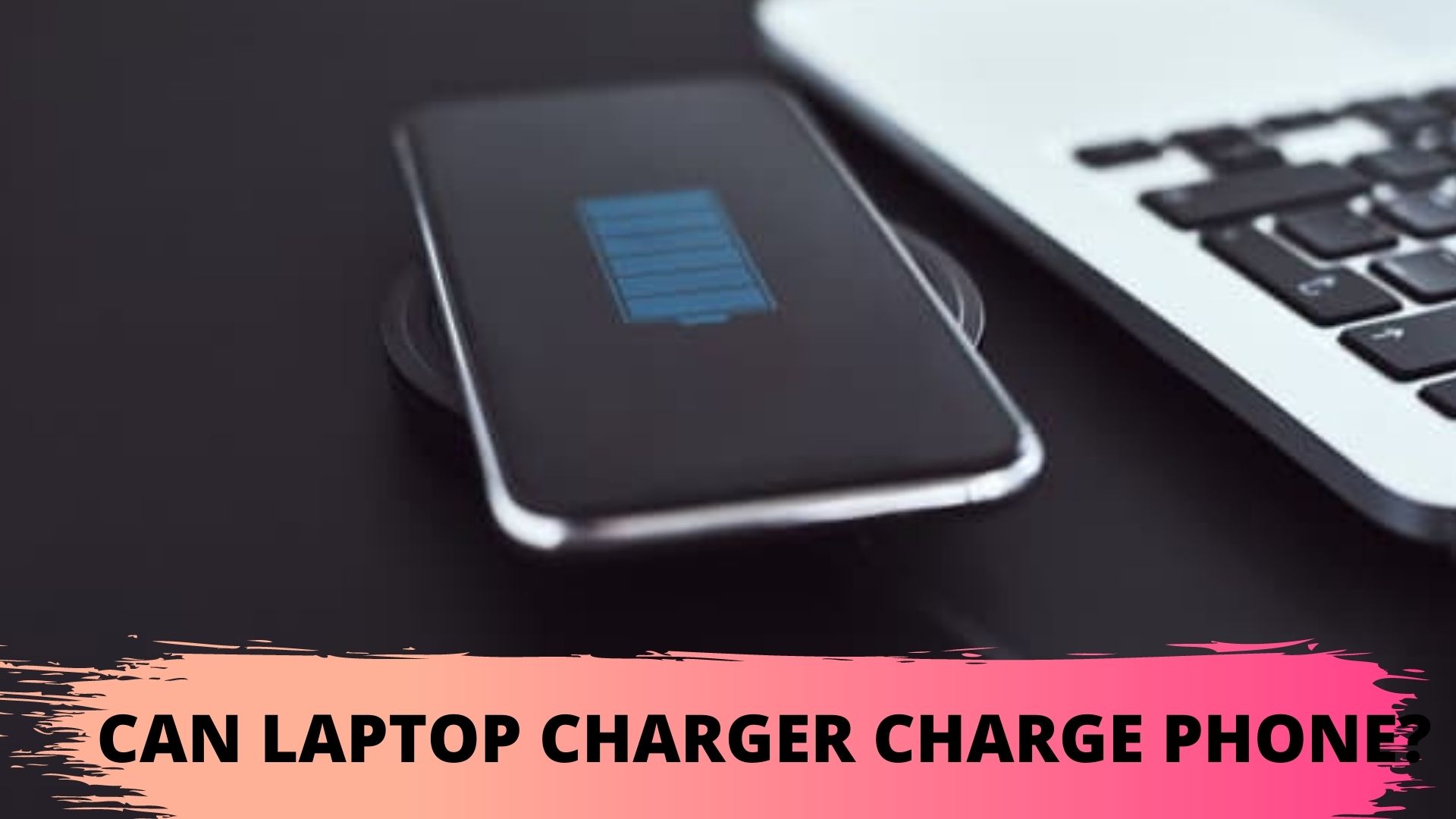 Phones are convenient. You can use them to do everything from checking your email to streaming videos, taking pictures, and playing video games. However, the battery life is still an issue. Most phones must be charged every few hours, which is annoying. What happens when you forget your phone charger? Can laptop charger charge phone?

You cannot charge a phone with a laptop charger unless both devices are compatible with USB-C connectors. A USB-C connector solves everything, especially if you have the latest smartphones which have compatible charging protocols and regulators.

Every device normally comes with its own charger, the idea of charging a phone with a laptop charger doesn’t make sense to some people. But it is more than possible, especially today where battery and charging technologies are advancing so rapidly. The key is to match the right laptop charger to the right phone.

What are the Types of Chargers?

You should only concern yourself with three types of phone chargers:

A significant portion of the smartphones in the world use micro-USB chargers. It wouldn’t be an exaggeration to say that they were once the standard.

This charging connector is expected to become the standard in the future. It offers a higher data throughput and a more impressive charging rate.

If you own an iPhone, you know the lightning connector. It is found in Apple’s mobile devices. The company is expected to adopt the USB-C connector in the near future.

You need to know the different types of phone chargers because, according to how-to Geek, laptops don’t have a standard charger. This is a problem because, as was mentioned above, you can only charge a phone with a laptop charger by matching the right laptop charger to the right phone.

This is because there are so many phones that use the same charger. The same cannot be said for laptops. As far as the right laptop charger is concerned, your only option is the USB Type-C.

Why Use the Type-C Charger?

USB chargers cannot charge laptops, or at least this was once the case. The old USB versions couldn’t carry enough power to meet the needs of a laptop. However, most smartphones use some form of USB charger.

A Type-C charger is different. It is powerful enough to charge a laptop, which is why so many recent laptop models use it. And because Type-C chargers work on phones, how-to Geek is confident that a Type-C laptop charger can also charge a phone.

How USB-C Has Changed the World?

The ‘USB Implementer’s Forum‘ is a non-profit organization whose members include giants like Apple and Microsoft. The organization introduced the USB-C Connector in 2014. It was designed to tackle the complications that USB designs from previous years had introduced.

The world is filled with all manner of electronic devices many of which have become critical household items. Many of these devices, especially mobile communication tools, use rechargeable batteries. For a time, companies were willing to manufacture unique connectors that their devices could use to recharge their batteries.

But it eventually became clear that the public would be better served if these technological giants devised interchangeable charging connectors that consumers could pair with different devices. The USB-C Connector was supposed to answer the prayers of every individual that was tired of carrying multiple chargers.

Naturally, it could fit smartphones, not just the high-end varieties but most of the prominent brands on the market. But even more importantly, it was powerful enough to charge laptops.

Some people were skeptical. For the longest time, USB connectors were simply too weak to charge laptops. They were limited in the power they could carry. But as of today, the USB-C connector has proven that it is everything its designers promised it would be.

A surprising number of Android phones have USB-C ports. Apple is still resistant to the trend.

But according to Digital Trends, European authorities are taking steps to force the company to add USB-C ports to the iPhones being sold in Europe.

Once it makes the leap in Europe, Apple will most likely introduce USB-C ports to the devices it sells to consumers in other parts of the world. But again, the idea of a USB-C port on a phone isn’t surprising.

What is most definitely surprising is the number of laptops on the market today that have embraced USB-C ports. Some laptops can be charged through both a proprietary charger and a USB-C port. Others have a USB-C port but you can’t use it to charge the computer.

The USB-C connector is still gaining ground. But if it can become the norm in all technological sectors, a time will come when you can use a single charger to charge every electronic device you own, regardless of its size or electrical demands.

Yes, a laptop charger can charge a phone, but only if your laptop and phone use chargers of a similar design.

For a laptop charger to charge a phone, the laptop’s charger has to fit in the phone’s port. This cannot happen with traditional laptop chargers.

Older models of laptops have proprietary chargers that are designed to fit the slots of a laptop. These are slots that you won’t find on a smartphone. But this is where the USB-C connector enters the picture.

If both your laptop and your phone have USB-C charging ports, you can use the laptop’s USB-C charger to charge your phone.

Is it Safe to Charge a Phone with a Laptop Charger?

But it is for that same reason that others warn against this practice. Because your phone and laptop have different voltage requirements, there is no telling what the laptop charger will do to your phone.

In other words, it is a risk, one that you must keep in mind before experimenting with your laptop charger.

How Can You Determine Whether Your Laptop Charger is a USB-C Type?

There is no point in thinking about charging a phone with a laptop charger unless they both use a Type-C charger. If you don’t know for certain whether or not your charger is Type-C, look at the connector.

It should be small and rounded. If you have other USB connectors on hand, compare them. The Type-C connector doesn’t look like the old USB versions. If that isn’t enough to tell you whether or not it is a Type-C charger, try plugging it into the port.

Can Any Type-C Laptop Charger Charge Any Phone?

However, the latest laptops and phones–those with a USB-C Connector–have the USB-PD protocol which allows a Type-C charger to charge them. And if you are worried about the laptop charger overwhelming your phone, the latest smartphones also feature charger controller mechanisms in their batteries that regulate the voltage they receive.

How to Reduce the Risks Associated with a Laptop Charger?

Laptop chargers are tricky because they are designed to work with devices that have a much higher voltage requirement than phones. This is why I encourage you to avoid fake Type-C laptop chargers.

They will put both your phone and your laptop at risk. The only way to protect your devices is to use genuine chargers. They are expensive but they are also safer.

The question of whether or not you can charge a phone with a laptop charger depends on the presence or absence of a USB-C port and a Type-C Charger. So long as your laptop and phone were designed to charge using similar connectors, you can interchange them.

This experiment is associated with certain risks. But the chances that you will succeed are decent.