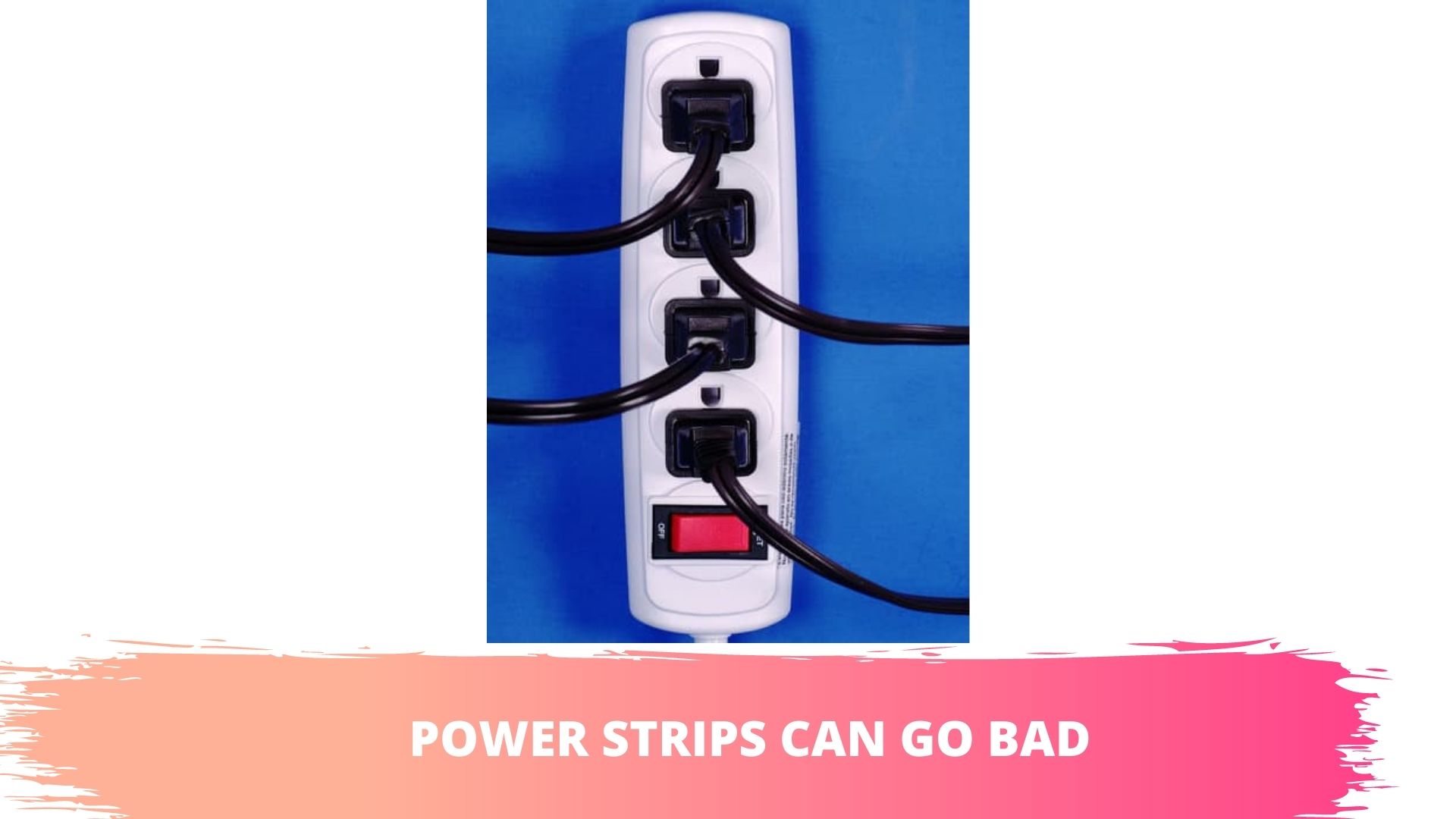 Power strips can go bad. The time it takes them to go bad includes the joule rating, the frequency of thunderstorms in your area, and the placement of your strip’s power cord.

This is the question every homeowner asks, especially individuals whose power strips have surge protection.

Surge protectors are supposed to protect your electronic hardware from dangerous electrical surges. If a surge protector goes bad, it can leave your expensive equipment at the mercy of a surge. You can probably understand why it is so important for consumers to determine whether or not power strips can go bad.

Why Do Power Strips Go Bad?

Even though you are supposed to replace them every three to five years, certain factors can cause your power strip to die earlier than expected, including:

According to Techwalla, you can damage the cord of a power strip by placing it in an area with a lot of traffic. Cuts and tears can remove the shielding, exposing the wires beneath and creating a fire and electrocution hazard.

3). Water Can Cause Short Out

Falconer Electronics expects consumers to know that water is a dangerous element. It shouldn’t mix with electricity. If your power strip gets wet, the water can cause it to short out. This is another source of fire and electrocution hazards.

If the cord is placed in an area with poor ventilation, such as under a carpet or inside a wall, it can overheat, starting a fire.

An electrical surge can overwhelm both power strips and surge protectors, destroying them immediately or over time.

How To Tell If The Power Strip Is Bad?

The only way to protect your appliances from surges and brownouts is to ensure that you replace dead or worn-out power strips on time. But you can only do this by learning to identify the signs of a bad power strip, which include:

The older a power strip gets, the less effective it becomes.

If you can’t remember when you bought your surge protector, you should replace it. If you have had a power strip for several years, I expect you to get a new one.

So if you feel like you have kept your power strip or surge protector for a long time, you should replace it just to be on the safe side.

In that regard, many experts expect you to replace your surge protector whenever it takes a hit from a surge. It doesn’t matter if the surge was small. Because you have no way of knowing how much protection is left, you should err on the side of caution and get a new one.

Power strips conduct electricity. As such, they are expected to become warm on occasion. But if your power strip feels hot, you should get a new one, especially if it is too hot for you to touch.

I want you to look for burn marks and melted plastic as well. These are signs of overheating.

If the power strip is damaged, you should replace it. If it has frayed wires, burn marks, or discolorations, not to mention broken switches, outlets, and fuses, it has probably gone bad.

Can you hear crackling noises? That is a sign of loose wiring. How about the smell? Do you smell ozone? It means that some of the components in the power strip are burnt or melted. Either way, you need a new one.

One of the most common signs of a bad power strip is instability, that is to say, the power strip keeps going on and off. Sometimes, electrical surges are to blame. But in other cases, you have faulty wires in the power strip.

When you attach your appliances to a power strip, they should remain firm and secure in the power strip’s outlets. Weak sockets and loose plugs are a sign that you need a new power strip.

How Long Do Power Strips Last?

A powerful surge can ruin a brand new power strip in an instant. And even though surge protectors are supposed to defend against surges, lightning strikes can destroy them within seconds.

The average surge protector lasts anywhere between three and five years. Though, it might be safer to replace them every two to three years. This applies to power strips and extension cords. But you have to account for the conditions in your home.

Every surge that a surge protector encounters lowers its lifespan.

The more surges the device absorbs, the faster it wears out.

A surge protector in a home that doesn’t receive surges can remain functional for several years.

Power strips have a limited lifespan. The longer they remain in use, the less effective they become, the more risks they present. It is a relatively common practice for consumers to replace their power strips and extension cords once the warranty lapses.

Manufacturers are not expected to furnish their power strips with expiration dates, which is why you won’t find one on your power strip.

What About Surge Protectors – Do They Expire?

Surge protectors differ from ordinary power strips. They have components that absorb voltage that has exceeded safe levels, preventing it from reaching and ultimately destroying the appliances attached to their outlets.

They have two different lifespans. The lifespan of their surge protection components is determined by the joule rating.

Energy Today describes the joule rating as the voltage that a surge protector can absorb before its surge protection components stop working.

Can a Power Strip go bad? Yes, it can. Power strips don’t have expiration dates. But they tend to wear out within 3 to 5 years. If the power strip is a surge protector, the joule rating reveals the lifespan.

The more surges the surge protector absorbs, the weaker its surge protection components become. Some power strips have lights that warn consumers that they have stopped working. But in most cases, you have to look for signs on the power strip which prove that it has gone bad.