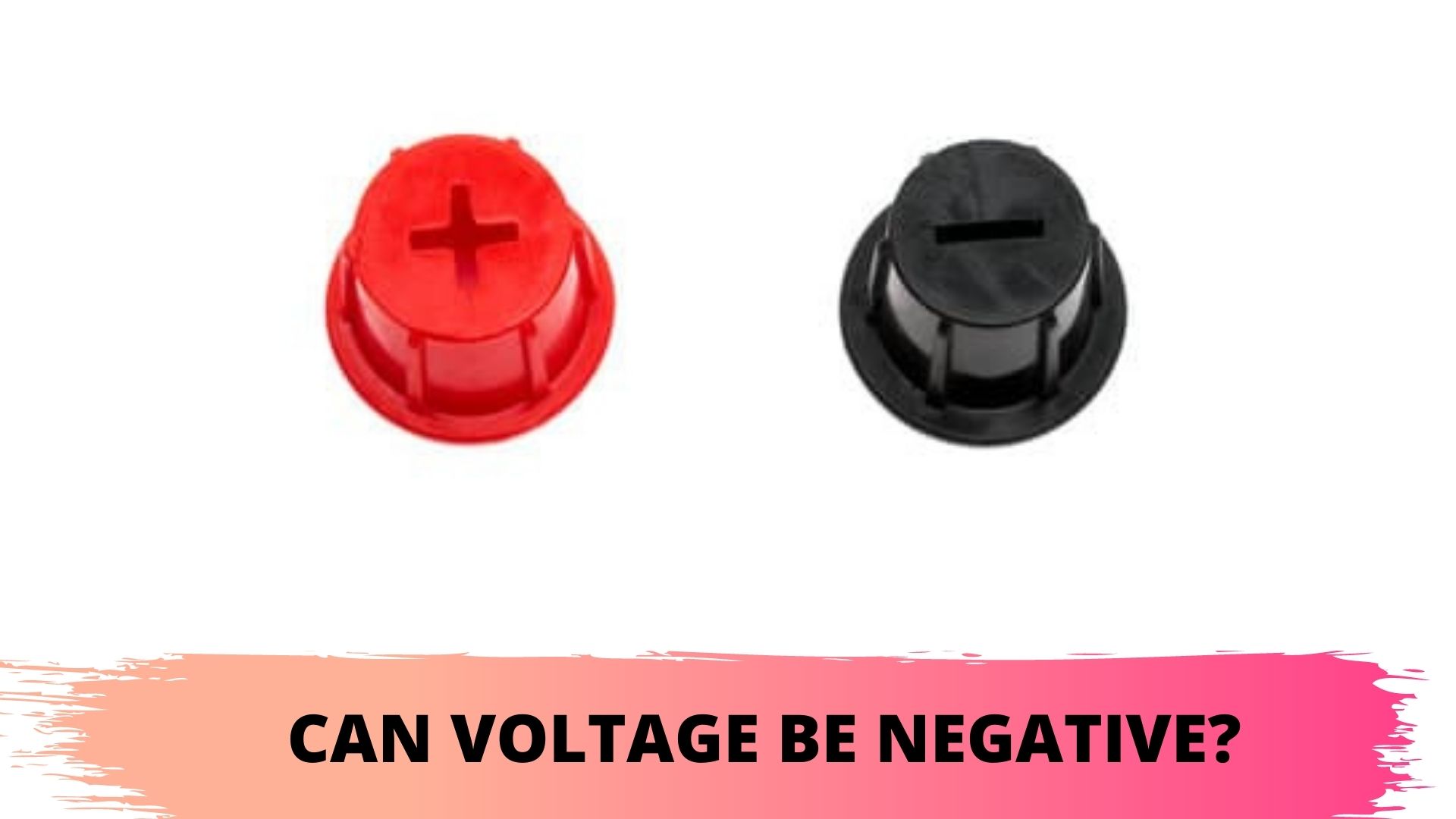 Can Voltage Be Negative?

Voltage can be negative. Negative voltage occurs when a voltage source has negative polarity, that is to say when the negative terminal and the positive side of the circuit are connected.

It is created intentionally, for instance, for use with transistors. New Electronics highlights the use of negative voltage in LCD bias and gallium nitride power transistor bias, not to mention laser diode bias (optical modules).

However, in most situations, it is more of an idea than a tangible component. You should know what negative voltage signifies so that you can make sense of it when you record it in a circuit.

But for the most part, it wouldn’t be an exaggeration to call ‘Negative Voltage’ a convention that people use to keep their math equations neat and tidy.

Depending on the field, you could also define it as a unit that people use to measure the energy that has to be expended to move an electrical charge.

The definition you should concern yourself with is the one that causes some people to refer to voltage as electromotive force. That definition takes note of the fact that the force that moves an electrical charge through a circuit is caused by a difference in voltage between points.

It is that difference in energy that produces the force that allows the charge to move. This is why voltage is also known as electrical potential. It is used to define the potential energy that would be spent to move an electrical charge.

As a word, ‘voltage’ is quite broad. If you don’t understand electricity, you might presume that the word means very many things. To gain any clarity where the term is concerned, you must remember three basic concepts.

Once you understand that voltage is concerned with the difference in energy levels between points, you can begin to explore the matter of polarity. If you have ever seen a diagram of a circuit, you probably saw the plus and minus signs at the terminals.

Those symbols signify polarity. They are supposed to identify the points in the circuit that have a higher level of energy. For instance, if you have terminals A and B in a circuit, and A has a plus sign while B has a minus sign, you can confidently conclude that the voltage at A has the highest energy levels of the two.

The voltage between two points is typically compared in relation to the ground. Every circuit has a ground point with a zero voltage level. Diligent compares the ground in a circuit to ‘Sea Level’ in geography, in that, altitude is defined in relation to sea level.

The symbol used to denote the ground will depend on the situation. There is earth ground, signal ground, and chassis ground.

By now, you realize that a circuit has positive and negative poles. You might have also guessed that these poles are represented with a plus and minus sign. Once you realize that voltage is concerned with the difference in energy between two points, it shouldn’t be too difficult for you to understand that the polarity is simply used to indicate the point that has the most energy.

What is Negative Voltage?

To make sense of terms like ‘negative voltage’ and ‘positive voltage’, you must apply your understanding of voltage polarity.

In the average circuit, the goal is to create an orientation that produces positive voltage. This is the only way to enable a current to flow, allowing the voltage source to power the appliance in question.

Negative Vs Positive Voltage – How To Know If The Voltage Is Positive Or Negative?

If you still don’t understand polarity, then terms like negative and positive voltage won’t make much sense to you. You may start to appreciate what these two terms mean once you realize how current and electrons move between terminals.

That is the key to deciphering the difference between the negative and positive voltage. As was noted before, an electrical charge flows between two points of varying energy levels. The polarity will show you the terminal that has a higher energy level.

As was also mentioned before, the plus sign is designed to represent the positive terminal, the pole with the higher energy. If the difference between poles creates the force that allows a current to move, in what direction does that current move?

Wikipedia encourages you to remember that electrons don’t follow that pattern. They move in the opposite direction, from negative to positive.

In that regard, you could approach your definition of the difference between negative and positive voltage from several angles.

Some experts have observed that terms like ‘positive’ and ‘negative’ should be applied to the current, not the voltage. They would describe the positive voltage as a state in which the body has an abundance of positive charge, with the negative voltage being the reverse.

If you were to continue applying ‘positive’ and ‘negative’ to electrical charge, then it is also worth noting that electrons are drawn to a positive charge and repelled by a negative charge. This is why they flow from a negative pole to a positive pole.

You should keep in mind the fact that positive voltage is higher while the negative voltage is lower. As the term ‘voltage’, ‘Negative Voltage’, and ‘Positive Voltage’ are broad concepts that people who lack experience in the electrical field may struggle to comprehend.

Generally, you should focus your efforts on understanding the flow of current and electrons. Remember that current moves from positive to negative whereas electrons move from negative to positive.

Does the Difference Between These Two Matter?

The definition of voltage is so broad and seemingly vague because the voltage is relative. To understand it, you must measure the voltage against a zero-point reference. This is where the ground enters the picture.

In many cases, the Earth is used as the ground because it is technically neutral. The voltage is typically defined as positive or negative in relation to the ground. However, in many real-world scenarios, the negative voltage is irrelevant.

When you look at a diagram of a circuit on a piece of paper, you can use your understanding of the concept of a negative voltage to make sense of the workings of the circuit. This is where the idea of the negative voltage shines. It is a convention that allows you to explain electrical ideas. But it doesn’t necessarily translate into tangible consequences in an ordinary situation.

Though, Maker Pro has highlighted several unconventional situations where negative voltage might come in handy, including the construction of dual-rail power supplies, not to mention audio speakers.

To understand how voltage works, you need to keep in mind the fact that it emphasizes the difference in energy levels between points. That difference matters because it causes an electrical charge to move.

In a circuit, certain points have higher energy levels than others. This is indicated by the plus and minus signs. Those symbols are used to show the polarity in a circuit. The plus sign identifies the terminal with a higher voltage.

A circuit will either have a positive or negative orientation, depending on the configuration of the terminals. A positive voltage is seen in circuits where the positive terminal connects to the positive part of the circuit, allowing the current to flow. Here, the negative terminal and the ground are connected.

But as was noted above, ‘negative voltage’ is just an idea in ordinary situations. It is an intangible concept that you can represent on paper using the relevant symbols but which is unlikely to significantly affect your efforts. Though, you are still better off knowing what the negative voltage is.