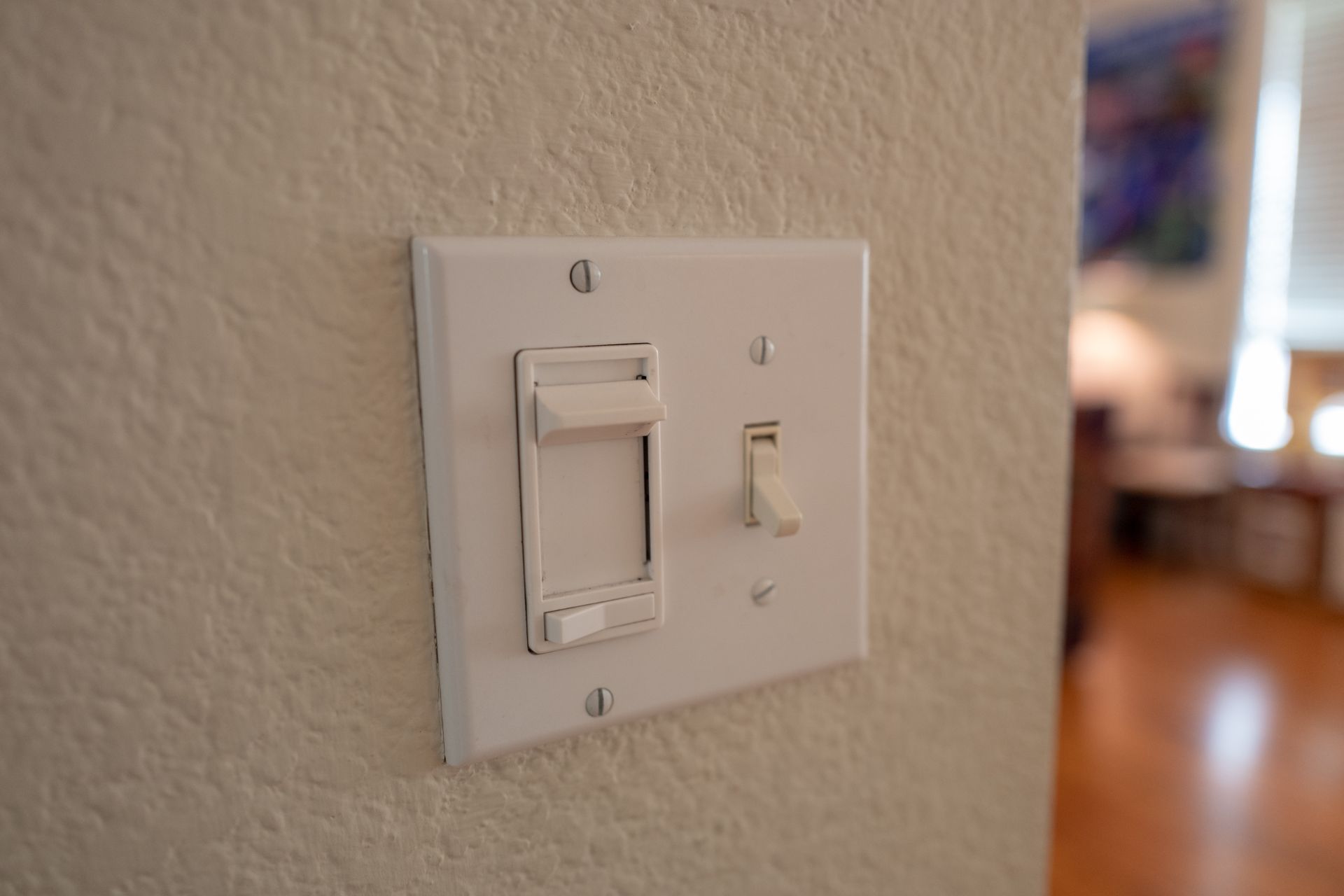 Dimmer switches have become surprisingly common as of late. Some people dismiss them as luxuries that improve the ambiance in your home. But others perceive them as energy-saving tools. After all, dim lights use less electricity than their brighter counterparts. Therefore, you can lower the cost of lighting your home by reducing the brightness of the bulbs. But how many dimmer switches can you add to the circuit?

Can You Have Two Dimmer Switches On the Same Circuit?

This subject has several important considerations. If you’re trying to determine your next move, try to keep the following in mind:

1). There is no limit to the number of dimmers you can add to the same lighting circuit in a home.

2). Most homes have one lighting circuit. Every room with a bulb uses the same lighting circuit. However, the lights in each room sit on a separate loop. These individual loops allow consumers to control each light using a different switch.

Otherwise, one switch would control all the lights in your house.

3). Dimmers don’t affect the voltage. Instead, they regulate the current that passes through each bulb. Because each dimmer sits on a separate circuit loop, it can only affect a particular room.

In other words, if you have multiple dimmers in your home, they won’t interfere with one another’s activities because they sit on separate circuit loops.

4). You can’t argue that you want to limit the number of dimmers because you don’t want to overload the lighting circuit. Dimmers cannot overload the circuit. The lights are your only concern.

As you know, you can’t use two dimmer switches to control the same light, not if you have a regular switch. However, manufacturers make special two-way dimmers.

They have a primary switch in a one-way circuit that works with one or more standby switches. Some people use two-way dimmers to control fan and light switches.

Dimmer switches are somewhat complicated, at least in comparison to conventional switches. Therefore, it would behoove you to keep the following in mind before installing the devices, especially if you want to deploy multiple dimmer switches:

1). First of all, you have to remember that you can only install one dimmer on a circuit on fixtures you control from multiple locations. The best solution to this issue is a master and slave switch.

2). You can only add one dimmer to each group.

3). Three-way switches are an interesting solution to the two-dimmer situation.

A three-way switch has two switches that turn the light on and off and a third switch (dimmer) that manipulates the brightness.

Adding a second dimmer at a different location will complicate the wiring. On the other hand, you have the option of controlling one dimmer from multiple locations.

3). I want you to experiment with smart switches. You can install master and slave units that a homeowner controls digitally from any location. They use more power. However, this setup is convenient.

4) Another option involves two three-way switches, where one dimmer lead into the first switch and the other dimmer leads out of the second. But many consumers don’t see the point of tolerating such complex wiring when smart switches are more convenient.

5). A contractor can connect two regular dimmers on a 2-way switch. But even if you successfully connect them in series, they may interrupt each other’s supply.

As a result, some lights will flash and flicker. Others may stop working altogether. Don’t be surprised if this configuration ruins sensitive electronics.

6). This goes without saying. You should turn the electricity off before performing any installations. People tend to downplay the dangers associated with switches because lights are low-duty devices.

However, any device with a hot wire is dangerous. The current from your home’s circuit can easily stop your heart. Even with rubber gloves and shoes, you shouldn’t work on an energized circuit.

Use the main breaker to cut the power. You should also test the conductors for a current. Identify and label the hot wire. This will remind you to proceed cautiously while handling the conductor.

7). When was your home built? You can’t squeeze a dimmer switch into every box you come across. Switch boxes in homes built before the 1990s are too small to accommodate a dimmer switch.

Therefore, you should consider hiring a contractor to install a larger light switch box.

9). The type of dimmer switch matters. Some people think that dimmer switches are all the same. They expect the design to change, but they don’t think their selection affects the functionality of the dimmer switch.

But that is not true. Some bulbs require special dimmers. For instance, a conventional dimmer will work on the incandescent bulbs in your home. That is also true for halogen bulbs. But what about CFLs and LEDs?

Some LEDs require dimmers specifically designed to accommodate their needs. Those dimmers can only control LEDs. They won’t affect the incandescent bulbs in the room.

Some dimmer manufacturers provide distinct LEDs and CFLs that work with their dimmers.