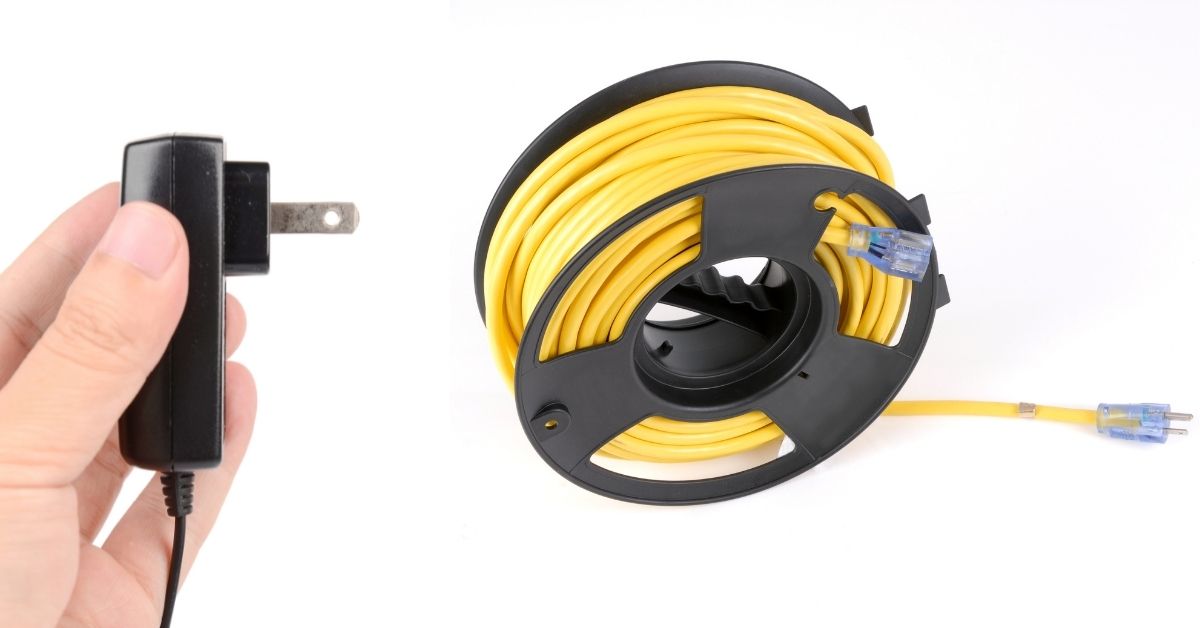 If you need to charge your phone but you don’t have any available outlets, can you use an extension cord? People use extension cords to power everything from television sets to freezers. But is it safe to plug a phone charger into one? It depends on the extension cord.

Can You Plug A Phone Charger Into Extension Cord?

You can plug a phone charger into an extension cord but extension cords are tricky because they are associated with fires and electrical shocks. Professional electricians are always warning consumers against using extension cords as a permanent solution to a scarcity of wall outlets.

But most of the accidents that happen because of extension cords typically involve heavy-duty appliances like washing machines and microwaves. In fact, electricians who hate extension cords spend most of their time warning homeowners about the dangers of using them to operate powerful devices that draw a lot of electricity.

Is It Safe To Plug A cell Phone Charger Into An Extension Cord?

If your extension cord has the wrong gauge, it may become too risky to plug a phone charger into that extension. But again, the fact that phone chargers use small amounts of electricity means that the risks of using an extension cord to charge a phone are equally small.

An extension cord is safe but dangerous. These devices are not meant for long-term use. Every time you use an extension cord, you expose yourself and your home to a certain amount of danger.

The more time you spend using the extension cord, the higher your chances of starting a fire or electrocuting the inhabitants of your home.

That being said, the risks associated with the use of an extension cord are highest when the appliances plugged into that extension cord draw a lot of electricity.

This is because it cannot deliver enough current to the phone to meet the requirements of the battery. And if the phone charger can successfully charge the phone battery, the process may cause overheating. This is why the gauge is so important.

Do The Extension Cords Ruin The Charger?

Allumiax has connected the practice of daisy-chaining extension cords to overloading and voltage drops.

What To Look For The Best Extension Cord For a Phone Charger?

When it comes to finding an extension cord for your charger, the gauge should be your primary focus. Some people prioritize the plug type. But the plug of any extension cord you buy from your local store will most likely fit the configuration of your wall outlet.

The longer the extension cord, the greater the gauge. For instance, you can target a gauge of 14AWG for a 25-foot extension cord. For 50 feet, you should buy 12AWG. Many people will tell you that 12AWG is overkill when all you need is an extension cord to charge your phone. And that is true.

But if you intend to use that extension cord to run other appliances while you charge your phone, you should get the highest possible gauge.