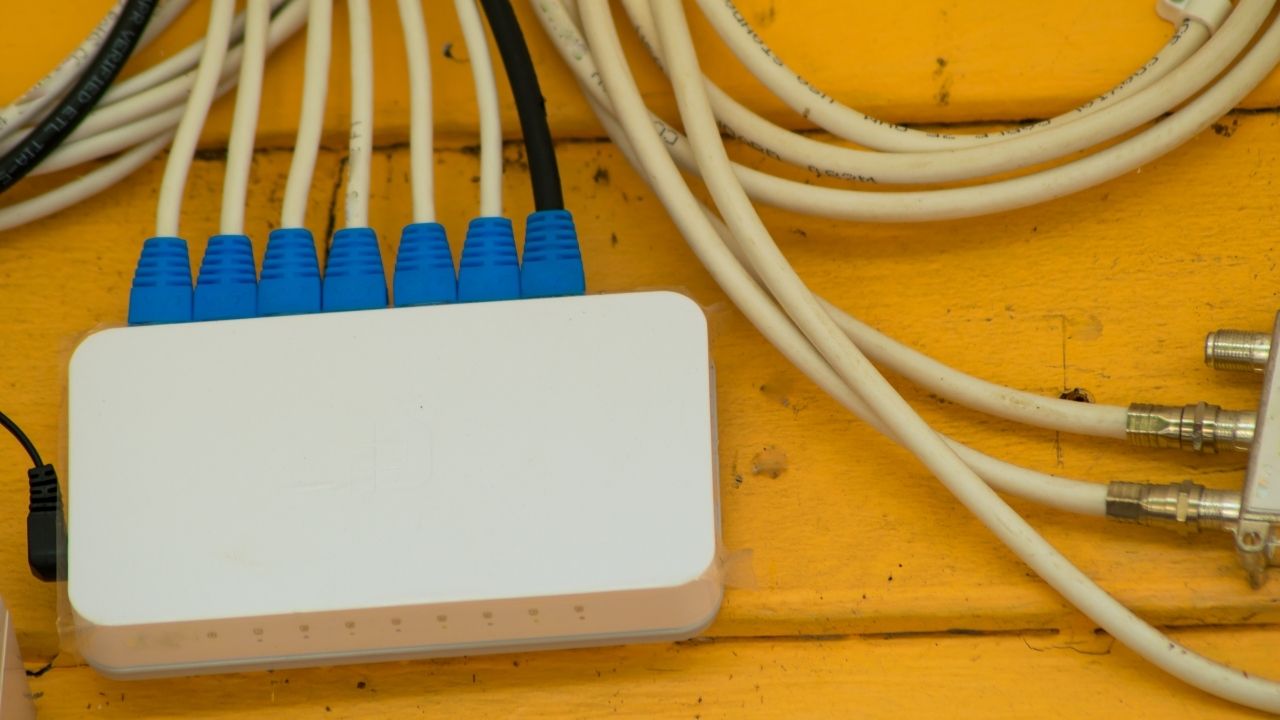 These days, most television sets are smart enough to access the internet. But what about cable boxes?

Can You Plug Ethernet Into Cable Box?

There are workarounds, but most laypeople cannot use them.

According to GFC Global, you need a modem and a router to connect to the internet. The modem is the primary component. The exact type of modem will depend on the kind of internet service you want. Your options include dial-up, DSL, cable, satellite, etc.

But you can include a router in your setup if you want to extend the reach of your internet connection to encompass multiple devices. If you have ever looked at modems and routers, you will notice that they have ethernet ports.

This applies to computers and any other device that can access the internet via an ethernet cable.

Look at a picture of an ethernet port.

That port connects to a network interface controller.

The presence or absence of an ethernet port doesn’t matter unless an ethernet connection to the cable box serves a purpose.

On the whole, the ethernet port on a cable box doesn’t work. Or, at the very least, it doesn’t work in the way you expect.

Some cable boxes use the ethernet port to update their software. But others are designed to perform a future function that is currently unavailable. No one knows for sure what that future function will be.

The service providers want to place their hardware in a position to take advantage of future firmware updates. Those updates may never happen.

Many service providers have chosen to keep the purpose of the ethernet port on a cable box hidden. They haven’t even bothered to address the port in their manuals.

But if you plug an ethernet cord into the cable box’s ethernet port, nothing will happen. You may get an error message warning that your device has failed to secure a proper connection. But other than that, don’t expect the ethernet port to aid the average consumer in any significant manner.

When Do You Need To Connect Ethernet To Cable Box?

Some people connect ethernet cables between cable boxes, routers, and computers to run diagnostics. This works because the ethernet port on a cable box is an upstream port.

But again, this doesn’t matter to the layperson. The layperson is unlikely to diagnose their cable box using ethernet.

The average consumer may plug the ethernet into the cable box to transfer DVR shows over a LAN network.

If that has never occurred to you, the ethernet port can also improve the performance of some apps. But that only works if you have a smart TV connected to a modem.

It is also worth noting that any improvements in the performance of your TV’s apps are slight. They won’t necessarily justify this practice. If you want your cable box to do more, get an advanced model that can either double as a modem or accommodate two-way traffic for coax signals.

Otherwise, a conventional cable box with an ethernet port has nothing of significance to offer an ordinary consumer. You don’t need the cable box’s ethernet port to give your TV internet access.

Advantages and Disadvantages Of Connecting Ethernet In Cable Box

The ethernet port doesn’t offer any specific advantages unless you want to diagnose your cable box. As you now know, an ethernet cable can improve the performance of some apps. Connecting the ethernet cable to the cable box and the router will allow these apps to work better.

But the performance improvement is slight, not enough to justify the minimal trouble you have to go through to secure an ethernet cable before connecting it to the ethernet port.

Currently, the ethernet port doesn’t perform enough tasks to attract advantages and disadvantages. For many people, it is so much easier to rely on Wi-Fi. They have routers for this very reason.

A wired connection offers greater reliability and stability. But Wi-Fi is more convenient because you can access the internet from any location. You don’t have to litter your home with cross-crossing ethernet cords between the box, modem, and router.

How To Use The Ethernet Port On Cable Box?

You have to take the coaxial cable that comes into your home and connect it to the coaxial/ethernet box. Then you create a connection between the coaxial/Ethernet box and the DVR’s RF input.

But the goal of this method is to piggyback ethernet on your cable TV’s wiring instead of laying additional Ethernet cabling in a home with cable TV infrastructure.

It doesn’t necessarily make direct use of the cable box’s ethernet port.

On the other hand, i’ve described an alternative method that connects the cable box to the router.

Is It A Better Solution?

If your goal is to give the TV internet access, a cable box’s ethernet port is not the solution. It won’t work. If you want to connect the TV to the internet, you can run an ethernet cable to the TV’s ethernet port or use Wi-Fi.