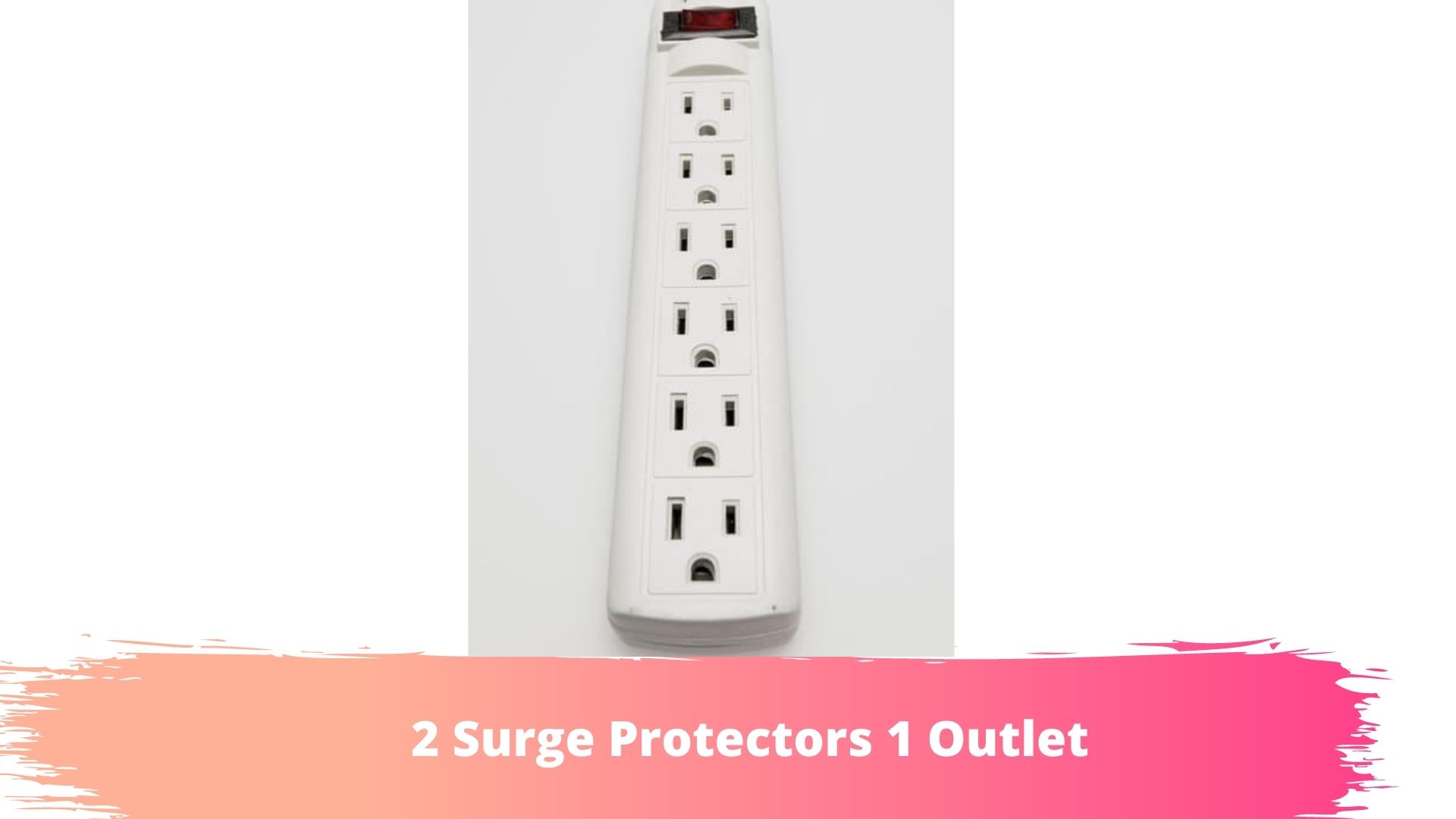 Can I have 2 Surge Protectors Into One Outlet?

You can plug two surge protectors into the same outlet. This practice is safest when you have an outlet that was designed with multiple appliances in mind such as a duplex socket. You can also use a block extension. Though, that isn’t as safe.

Yes, it is much safer than daisy-chaining. However, as you will soon see, it isn’t completely safe. You can still electrocute the inhabitants of your home or even start a fire if you overload the outlet. The only way to ensure the safety of your home and your appliances to limit each wall outlet to a single device.

Why is Daisy-Chaining So Dangerous?

Both practices achieve the same objective. They make more outlets available. However, daisy-chaining also extends the length of the outlets. However, every electrical professional worth their salt discourages daisy-chaining because it is associated with so many risks, including:

It violates the National Electrical Code, not to mention OSHA regulations. Keep this in mind before you start daisy-chaining surge protectors. The NEC isn’t as concerned about the number of surge protectors you have plugged into a single outlet.

HowToGeek is convinced that daisy-chaining can compromise a surge protector’s ability to defend against voltage spikes. The two surge protectors may interfere with one another’s protection capabilities.

You may void your warranty with some manufacturers if you daisy-chain their surge protectors. Such limitations on your warranty are normally included in a manufacturer’s terms and conditions. Read them carefully to ensure that daisy-chaining doesn’t affect the warranty.

Is it Safe To Have Two Surge Protectors In One Outlet?

Like a power strip, every outlet has a particular rating. It can only handle a certain amount of current.

If you plug two surge protectors into a single outlet, and if you attach multiple devices that draw a lot of power to both surge protectors, their combined load could exceed the rating of the outlet, overloading it.

This is the one issue that I warn against where multiple surge protectors in a single outlet are concerned. I expect you to use separate outlets for each surge protector.

That being said, you don’t have to worry about overloading your surge protector if you limit the number of items you attach to the individual surge protectors.

A few mobile phones and laptops, for instance, are unlikely to exceed your outlet’s rating even if they are attached to two different surge protectors that have been plugged into the same outlet.

Can You Have Two Power Strips On One Outlet?

If you can limit the load on the wall outlet by restricting the appliances attached to the two power strips to simple devices like phones, you should be fine.

Power strips are merely an extension of the wall outlet. They provide additional outlets that you can use to operate multiple appliances using a single wall receptacle. Therefore, the receptacle has to carry the total load of all the appliances attached to the two power strips.

If that total load exceeds the receptacle’s rating, you can expect fires, electrocutions, and every other hazard that tends to occur when a circuit is overloaded.

In most cases, the circuit breaker will protect you. But you shouldn’t count on it. If it fails, you could lose your property and, in the worst-case scenario, your life.

Thus, power strips are in the same boat as surge protectors. It isn’t a question of whether or not it is safe to plug multiple power strips into one outlet but, rather, the number of appliances you have plugged into the individual power strips.

CED Technologies discourages people from plugging devices such as freezers and washing machines into power strips because of their on-off cycles. That advice is even more relevant when you plug two power strips into one outlet.

To be clear, daisy-chaining is just as dangerous with power strips. It isn’t the solution to the issues above.

Can You Put Two Extension Cords In One Outlet?

As long as the appliances connected to the extension cords don’t exceed the rating of the wall outlet, you should be fine.

While a power strip is primarily designed to multiply the number of outlets at your disposal, the purpose of an extension cord is to extend the reach of the wall outlet.

Of course, some extension cords have multiple outlets, in which case, you have the same problems that manifest when you plug two power strips into the same wall outlet.

How to Safely Plug Two Extension Cords/Surge Protectors/Power Strips Into One Outlet?

As you now know, it is only dangerous to plug two extension cords, power strips, and surge protectors into one wall outlet when you overload the wall receptacle.

Identify the circuit associated with the outlet in question.

The breaker that turns the outlet off is your target.

Once you locate the relevant circuit breaker, determine its rating.

According to Farm and Fleet,

They also expect homeowners to pay close attention to the type of outlet they have.

Once you know the limits of your outlet, consider the amperage of the appliances that you want to attach to the two power strips.

Find the wattage of each device and add them up. This will paint an accurate picture of the load that the appliances attached to both power strips will exert on the outlet.

If the amperage of all the appliances plugged into the power strips doesn’t exceed the rating of the outlet, you have nothing to worry about.

You can plug two power strips into that outlet knowing that it won’t overload. That applies to surge protectors and extension cords as well.

Rather than plugging multiple appliances into two power strips that have been connected to the same wall outlet, some owners prefer to use block extensions. They also offer additional outlets. However, power strips and extension cords are better.

Block extensions are convenient. However, Which? doesn’t trust them because the weight the plugs exert can force the block extension out of the outlet, exposing its prongs. This may cause a fire.

Can you plug 2 extension cords into 1 outlet? Yes, you can. This is also true for power strips and surge protectors. However, you run the risk of overloading the outlet, especially if the appliances attached to the two extension cords are not only powerful but numerous.

The only way to protect yourself from electrocutions and fires is to find the rating of the outlet and its circuit. You should also determine the total amperage of all the appliances you want to plug into the two extension cords.

This will enable you to figure out whether or not a load of your appliances exceeds the rating of the outlet. If you limit the number of appliances attached to the extension cords, and if you avoid powerful devices like freezers and microwaves (which require their own dedicated outlets), you can plug two power strips, extension cords, and surge protectors into one outlet without overloading it.