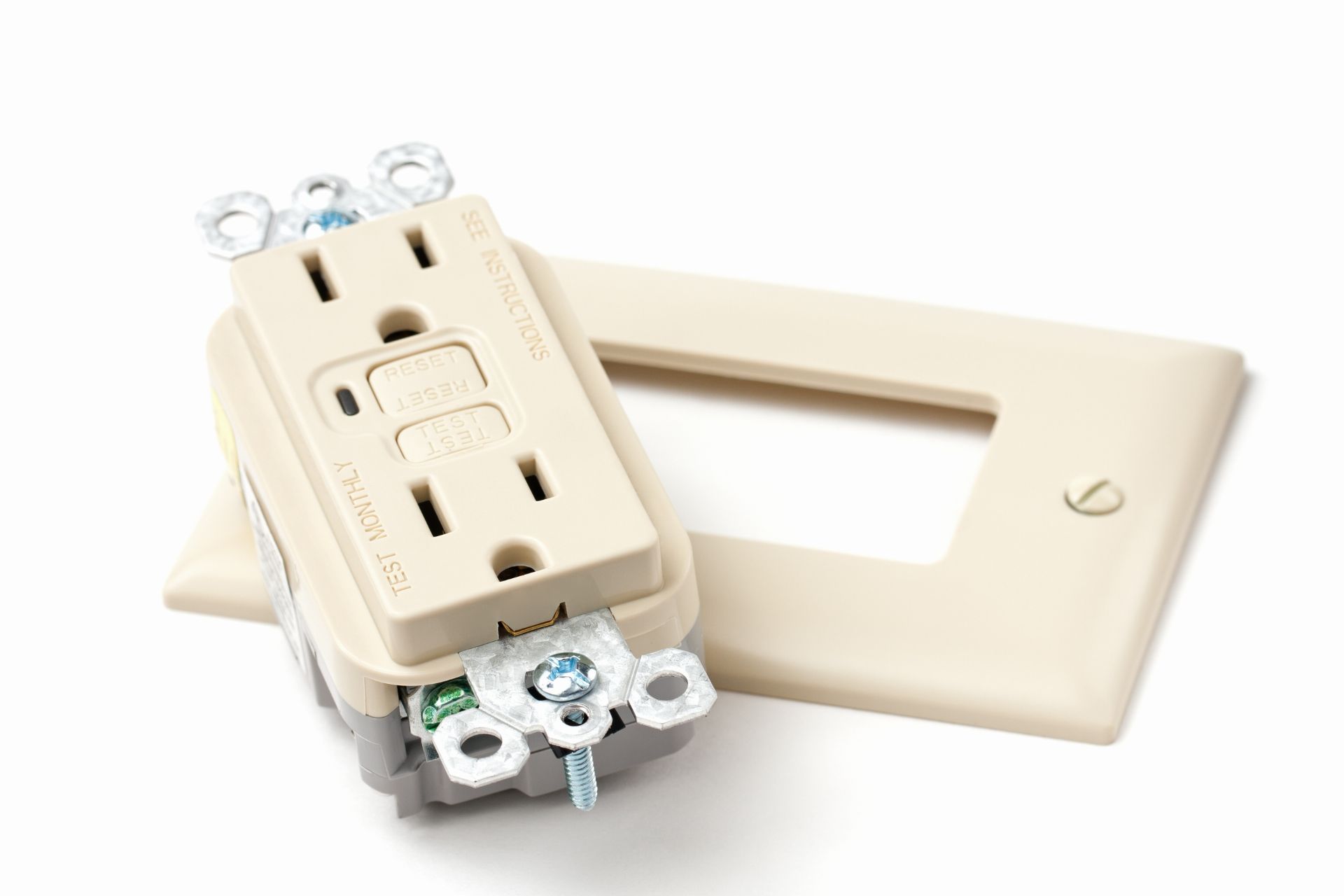 The last time you tried to buy a GFCI, your retailer probably asked you to choose between a breaker and an outlet. But what is the difference?

Can A GFCI Outlet Be Connected To A GFCI Breaker?

A GFCI outlet can be connected to a GFCI breaker because they perform the same function. They respond to ground faults, cutting the power once they detect an imbalance in the incoming and outgoing current. However, it has one downside. If a ground fault occurs, it may take you a while to identify the device that tripped.

The breaker and outlets will essentially race to respond to the ground fault. You won’t know which device tripped first until you inspect them both. This is not a problem if you have one or two GFCIs. But if your circuit features several GFCI receptacles, you must check them all, along with the breaker, to find the culprit.

People think GFCI breakers are more convenient because they sit in the electrical panel. As such, they offer GFCI protection to every device and outlet on the circuit.

However, you can wire GFCI outlets in a configuration that allows them to protect every receptacle downstream. In other words, under ideal conditions, a GFCI outlet can perform the same role as a GFCI breaker.

Therefore, you are better off choosing one of these devices. It doesn’t serve any purpose to use GFCI outlets on circuits with a GFCI breaker. The breaker will respond to every ground fault it detects on the circuit.

The GFCI outlet doesn’t bring anything of significance to the table. Although, some homeowners appreciate the redundancy. It gives them peace of mind to know that the GFCI outlet will react to any ground faults it encounters if the GFCI breaker malfunctions.

The reverse is also true. A defective GFCI outlet doesn’t matter if you have a GFCI breaker on the circuit. In that regard, no one would blame you for adding both devices to the same circuit.

And in case it wasn’t clear, you can install a GFCI outlet on a circuit with a GFCI breaker. The NEC doesn’t encourage this practice. But it doesn’t prohibit the configuration either. The regulations want consumers to add GFCI protection to outlets in locations like the kitchen and bathroom that require the technology.

The NEC doesn’t care whether you use outlets, breakers, or both. Local codes are the same. They don’t prohibit this concept.

GFCI outlets and GFCI breakers perform the same role. They respond to ground faults by cutting the power. However, you install GFCI outlets on a receptacle instead of the service panel. You need multiple GFCIs to protect every outlet in your home.

Some people use one device to apply GFCI protection to every receptacle downstream. In fact, this is the most inexpensive approach because you only require one GFCI.

But some GFCIs will trip incessantly because you keep overloading the devices. More importantly, the cheapest configuration is also the most inconvenient because that one GFCI will deprive all the devices downstream of power if it trips.

Therefore, if you have the money, you are better off installing GFCIs on each outlet.

On the other hand, a GFCI breaker sits in the electrical panel. It protects all the devices on the circuit.

GFCI breakers are more expensive than GFCI outlets. However, they are also more convenient because one device applies GFCI protection to multiple outlets and connection points. Then again, breakers introduce the same complication mentioned above.

Once the breaker trips, it will deprive the entire circuit of power. Fortunately, resetting the breaker doesn’t take long.

Which Is Better To Use: GFCI Outlet Or GFCI Breaker?

You don’t have to apply GFCI protection to every outlet if it isn’t necessary. However, you can also protect multiple outlets using one device. This is important because the cost of a GFCI receptacle repels some people. One GFCI will defend all the outlets downstream.

And if you have the money, you can add a GFCI to each outlet. For the most part, these devices are effective and easy to use.

But they are not as convenient as circuit breakers. Once you add a breaker to the service panel, it will apply GFCI protection to the entire circuit. This saves time.

You don’t have to install GFCIs on each outlet. And if things go wrong, you know where to check.

Some people hate the idea of walking to the service panel and tampering with the breakers when the circuit loses power. However, the NEC expects contractors to keep breakers within easy reach. Therefore, in many cases, you don’t have to go far to reach the panel.

Also, you know where to look when the circuit loses power. A homeowner with multiple GFCI outlets has to inspect them all whenever a ground fault occurs because they don’t know which receptacle tripped.

But if you have a breaker, you will run to the panel when the circuit loses power. Does that mean GFCI breakers are better than outlets? Not necessarily. It depends on the person.

This is more likely to happen on circuits with appliances that use motors. Contractors associate motors with nuisance tripping. As such, you can see why some people prefer the flexibility of a GFCI outlet, especially if the circuit has appliances like freezers that house perishable goods.

The last thing you want is for a circuit with a refrigerator to lose power in your absence because a ground fault occurred elsewhere.

Pros and Cons of Connecting GFCI Outlet To GFCI Breaker

There’s only one benefit associated with connecting a GFCI outlet to a GFCI breaker. This configuration makes the circuit safer because of the redundancy it adds to the equation.

In other words, if one device fails, you can trust the other one to respond to the ground fault. GFCIs are not perfect. They can malfunction for a multitude of reasons, including factory errors, moisture, debris, physical damage, and more.

They can even deteriorate because of their age. Like every other electronic device, a GFCI outlet or breaker will wear out over time. Contractors encourage homeowners to identify these faults ahead of time by performing routine tests.

But these tests cannot allay the fears of some homeowners. It gives them peace of mind to know that their home has a second defensive mechanism if the first one fails.

But the resulting inconvenience is significant. What happens when a ground fault occurs? The GFCI will cut the power. The only way to restore the power is to reset the GFCI. But that means identifying the GFCI that tripped, which is easier said than done.

The electric code wants consumers to simplify access to GFCIs. In other words, you cannot hide them behind furniture. But even if your GFCIs are easily accessible, it may take you a while to find the device that tripped.

Then again, you could argue that this inconvenience pales in comparison to the protection the redundancy brings to the table. Ultimately, you should contrast the pros with the cons to determine whether a GFCI outlet/breaker combination is worth the trouble.