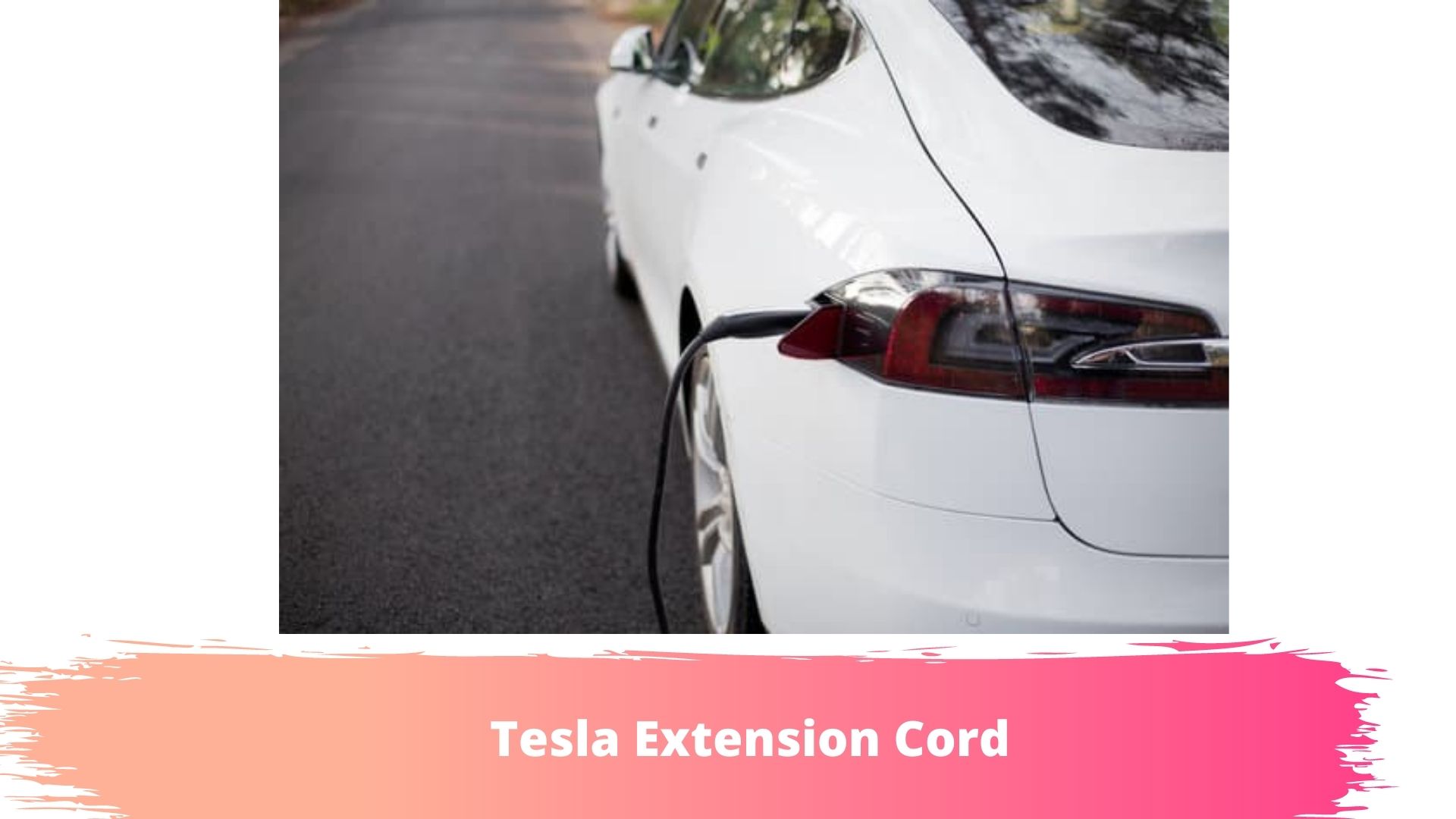 Green Car Reports carried out a survey on Twitter in which 61 percent of respondents admitted that they had charged their electric cars with an extension cord at least once or twice. 39 percent had chosen to avoid this practice altogether because of the associated risks.

19 percent used extension cords occasionally. The survey caused a bit of a stir because Tesla discourages the use of extension cords. They are convinced that the practice is dangerous. However, according to the survey, most people have chosen to ignore their warnings.

If you count yourself among the 39 percent that do not use extension cords but you are contemplating the possibility of adopting this practice, the guide below will tell you whether it is safe, acceptable, or even possible to use an extension cord with Tesla charger.

Can You Use Extension Cord With Tesla Charger?

Tesla says No. Extension cords are dangerous. They are a fire hazard that can threaten your life, property, and the lives of all the people around you.

The devices are problematic because most of the models on the market are designed to cater to the needs of low current appliances and gadgets. Forcing them to transmit power to high-current items like electric cars is dangerous because the conductors will overheat, not only starting fires in the process but also damaging the insulation of the wires.

Proponents of the practice will argue that the market has plenty of extension cords with a high capacity that can accommodate the needs of a Tesla. However, the people at Evolution Australia are not convinced.

Because those cords were not designed to remain in use for the duration that it takes a Tesla to charge to completion, the process will cause them to deteriorate over time, which can lead to overheating and charging issues in the near future.

But this argument shouldn’t prevent you from using extension cords to charge your Tesla. This is because many Tesla owners use extension cords safely every single day. As far as Green Transportation is concerned, the practice is perfectly safe if you have the right extension cord.

The process of using an extension cord with Tesla charger is fairly simple. It involves the following:

This applies to a J1772 extension cord, which is the best option you could possibly use. If you have an ordinary extension cord, you have to plug the device into an outlet. Once this is done, you can connect one end of the charging station to the extension cord before plugging the other end into the Tesla. Don’t forget to take all the necessary precautions to prevent your setup from catching fire. That includes:

You need an appropriate extension cord. Pure Tesla wants you to prioritize a wire gauge of at least 12 and higher insulation. Heavy-duty extension cords are expensive but they are powerful enough to carry the current your Tesla needs without overloading.

The cable should be as short as possible. A long cable increases the resistance and voltage drop. This is why daisy-chaining is a bad idea. There is a reason why the average Tesla charging cable is just 20 feet. You should aim for 30 feet.

According to Market Watch, electric cars can charge safely in the rain. You don’t have to worry about charging your Tesla outdoors. But that only applies to Tesla’s charging components.

Extension cords do not have the same advantage. If your car is outside and you expect rain, you should use outdoor extension cords whose insulation is strong enough to resist the elements.

Most residential and commercial circuits can accommodate the needs of your Tesla. However, you should pay close attention to the wall socket. Tough Leads expects you to look for any signs which might suggest that the socket is damaged. That includes burn marks and discolorations. You can go the extra mile by using a tester to check the socket. You should also ensure that the contacts are not loose.

Why Use An Extension Cord With Tesla Charger?

It can also happen when a Tesla owner travels out of town to a place where all the wall outlets are difficult to reach. As its name suggests, an extension cord will bring the wall outlet closer to your vehicle.

How Long is the Tesla Charging Cord?

The standard charging cord from Tesla is to be 20 feet.

How Long Does It Take To Charge A Tesla?

Level 1 charging is the default option and it is compatible with every electric vehicle on the road. You can expect Level 1 charging to give you two to six miles of range every hour.

Level 2 charging delivers 14-35 miles per hour. Some people do not have 240V outlets in their homes. But you can hire an electrician to give you an upgrade.

Even though level 3 charging is very fast, it can damage your vehicle’s battery, which is why you are encouraged to use it only when it is absolutely necessary.

If you want an extension cord for a tesla charger that will charge your vehicle without exposing you to the dangers commonly associated with extension cords, these are some of the best options on the market:

This is a NEMA 14-50 extension cord with durable construction consisting of 100% pure copper wiring, a flame-retardant coating, and a PVC sheath with heat-resistant capabilities that can withstand the wear and tear of the great outdoors. Sleek, flexible, and bendable, it is 1 inch thick and 30 feet long, with an amperage of 20A. The only significant weakness is the power grip handle. While it enhances the user’s grip, it also makes the extension cord heavy.

This is a fast-charging extension cord that has protections against lightning, overvoltage, and current, overheating, and leakage. The universal charger is compatible with most electric vehicles. You can expect a sturdy body, sensitive chips, abrasion resistance, considerable water resistance (IP7), and a 2-year warranty.

If it has a weakness, it is the fact that you cannot run anything lower than 40A with the extension cord. If you do, the voltage drop will be significant.

This is another reliable NEMA 14-50 extension cord with a maximum rating of 12,500 watts and an outdoor rating. It has comfortable grip handles that simplify handling. The LED light will alert you when the extension cord is connected to an active power source.

Vehicle owners will appreciate the 6 and 8 gauge copper wire (100 percent copper), molded ends with elevated resistance to abrasion and weather elements, and a UL certificate. The extension cord weighs 12 pounds.

This ETL-rated extension cord is 30 feet. It has copper wires with an STW jacket and ergonomic handles that make it so much easier to use. The carry strap that comes with the item simplifies the process of storing and transporting the extension cord. The product has a rating of 12,500 watts.

This extension cord doesn’t have quite as many features as its competitors. But that was intentional. The product is quite simple, made for consumers that want a basic extension cord. It has a strong and surprisingly flexible body as well as a decent handle. The insulation allows consumers to use the extension cord outside. It can handle 32 Amps of power and 85 to 250 VAC. It is just 15 feet and it weighs 7.7 pounds.

Heavy-duty extension cords can transmit the power that a Tesla needs to charge without overheating. On the whole, homeowners are better off relying on the company’s charging components.

But that isn’t always possible. There are cases where an outlet is either too far away or it has been blocked by other vehicles. In such a situation, if you have a strong extension cord with a gauge of at least 12, don’t be afraid to use it.