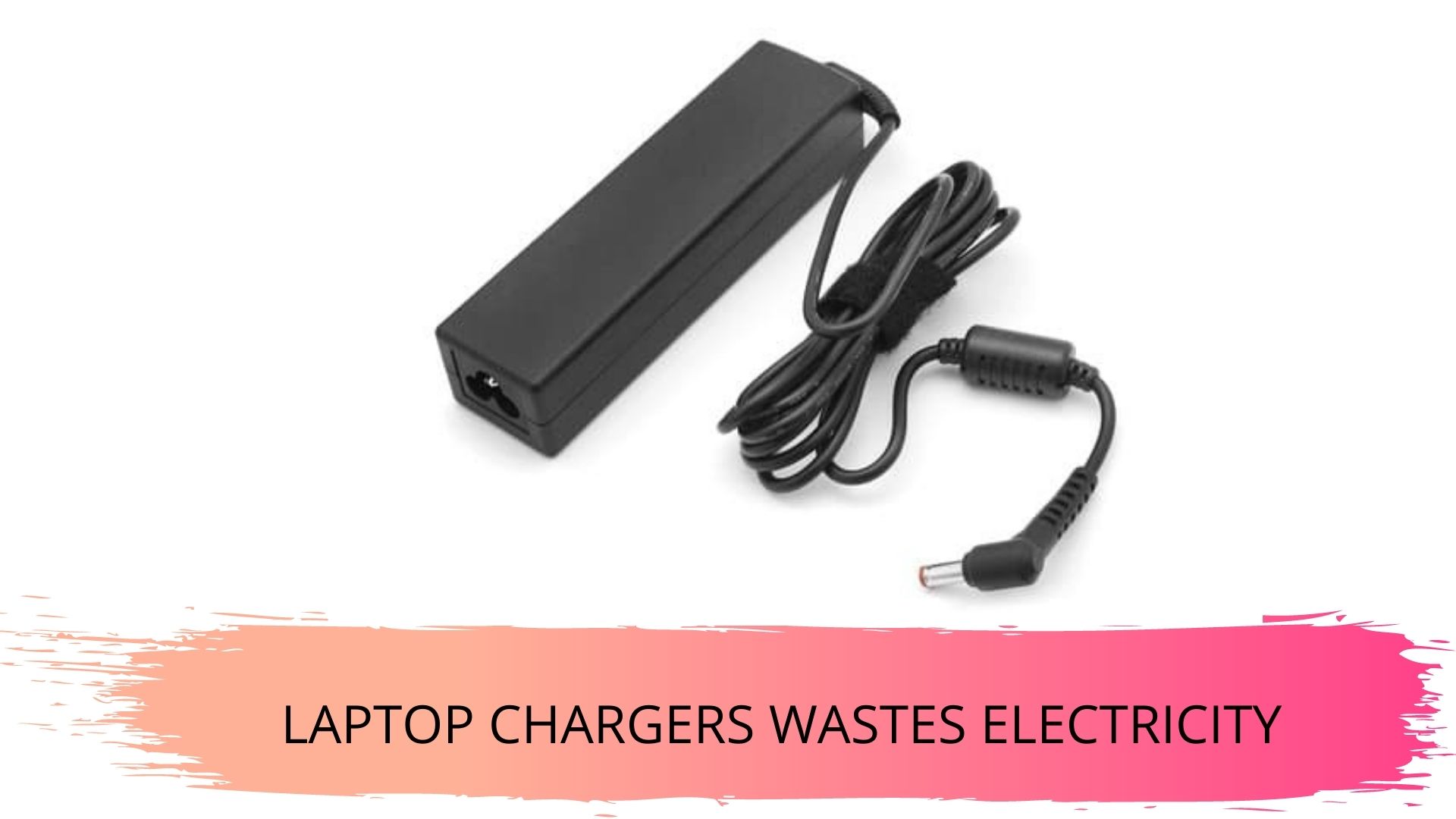 Any electronic device that you plug into a wall outlet uses some electricity. This is specifically true in cases where you haven’t switched the outlet off. Do laptop charger waste electricity when not connected to the laptop?

Does a Laptop Charger That is Not Connected to the Laptop Waste Electricity?

The amount of power a laptop charger wastes in such scenarios is so small that it doesn’t matter in the long run.

The fact that the laptop charger is drawing electricity from the outlet but it isn’t transmitting that power into the laptop means that the electricity in question is being wasted.

If you were to measure that wasted electricity daily, it might not even register. You may only notice it after recording the waste over a period of weeks and even months. That being said, this waste will only increase your utility bill by a few dollars even after a year.

As such, you can probably understand why most people are not concerned about this issue.

How Much Electricity Does A Laptop Charger Consume When Left Plugged In?

An experiment found that the electricity their chargers wasted only amounted to 79 cents in a year. You can assume that the amount a single charger would waste is far less than that.

How-T0-Geek attempted this experiment. They placed a ‘Kill A Watt‘ Electricity Usage Meter between a charger and an electrical outlet.

The team decided to use multiple chargers in a power strip. This allowed them to register 0.3 watts. But that was from multiple chargers. Therefore, if you have one laptop charger, the amount of electricity it uses when it isn’t unplugged is too small to matter.

The question of laptop chargers and the amount of electricity they use matters these days because the issue of vampire energy has attracted a lot of attention from the public.

People think that devices in this state are off but that couldn’t be further from the truth. The laptop must be ready to turn on the moment it is prompted. In other words, it must stay on.

Standby mode is useful because the laptop doesn’t use as much power. But a laptop in standby uses more power than a laptop that is off completely.

Laptop chargers are also victims of vampire energy. That is to say, if you leave them unplugged, they will continue to use power even when the laptop isn’t attached to them. Chargers don’t have a standby mode. Anything that is plugged into a wall outlet will continue to pull electricity unless the outlet is switched off.

Are Unplugged Chargers a Hazard?

Because chargers continue to draw power from the outlet, the heat produced when the transformer circuit changes Alternating Current to Direct Current can cause flammable objects in the vicinity to ignite. For that reason, itstillworks believes that unplugged chargers are a fire risk.

How Can You Tell That A Laptop Charger that isn’t connected to a Laptop is Wasting Energy?

There is an easy way to determine whether or not your charger is actively drawing power from the electrical outlet.

The amount is tiny but it is still wasted electricity. If the indicator light is on, you can trust that the charger is still pulling power from the outlet. Phone chargers and battery chargers are in the exact same boat.

How Can You Prevent Such Waste?

Naturally, the obvious answer is to unplug the laptop charger whenever you disconnect it from the laptop. However, as was mentioned above, a lot of people forget. For others, this is an inconvenience. There are two solutions to this problem:

As far as Stanford Magazine is concerned, Power strips are the best answer. Rather than plugging the charger directly into the wall outlet, connect it to a power strip. Once you disconnect the charger from the laptop, all you have to do is to switch the power strip off.

Get a smart laptop charger. It will turn itself off once you disconnect the laptop. They have sensors that cut the circuit once they determine that the charger is no longer connected to the laptop. They still draw power but it is so microscopic that it is practically non-existent.

Can You Save Money by Unplugging the Charger When the Laptop Is No longer Connected?

A lot of people argue that unplugging chargers can reduce a home’s utility bill. However, according to Saving Electricity, this isn’t true.

For that reason, even if you remember to unplug your charger when it isn’t in use, don’t expect your actions to have a significant impact on your electrical bill at the end of the month. Modern chargers and laptops are energy efficient.

The same can’t be said for ancient chargers and laptops. Those devices used a lot more energy. However, even in those cases, the amount of energy they waste is still too small. If you want to save money, you are better off remembering to unplug devices with heavier electrical demands such as television sets and water pumps.

Why Do People Leave Laptop Chargers in Wall Sockets?

It is convenient. Most people that own laptops are more interested in shutting the laptop off than they are in unplugging the charger. Once the laptop is off, it never occurs to them to switch the power off at the socket or to pull the plug out of the outlet.

They also find that it is easier to switch the laptop on the next time they need to use it. Because the charger is still connected to the outlet, they can just focus on powering up the laptop. This sounds like a flimsy reason. However, it is the primary driving factor behind all the people that fail to unplug their chargers.

They can’t be bothered to pull the plug out of the outlet only to plug it back in again later on then they need it.

Do laptop charger waste electricity? Yes, it does. It will continue to draw power even when the laptop isn’t connected. However, the amount of electricity wasted is so small that it cannot make a difference in the long run. If it bothers you, you can eliminate this waste by using smart chargers and power strips.

The electricity an unplugged laptop charger uses is too small to matter. That being said, homeowners are encouraged to act responsibly by unplugging their chargers whenever they shut their laptops off. They are also discouraged from leaving their laptops in standby mode.