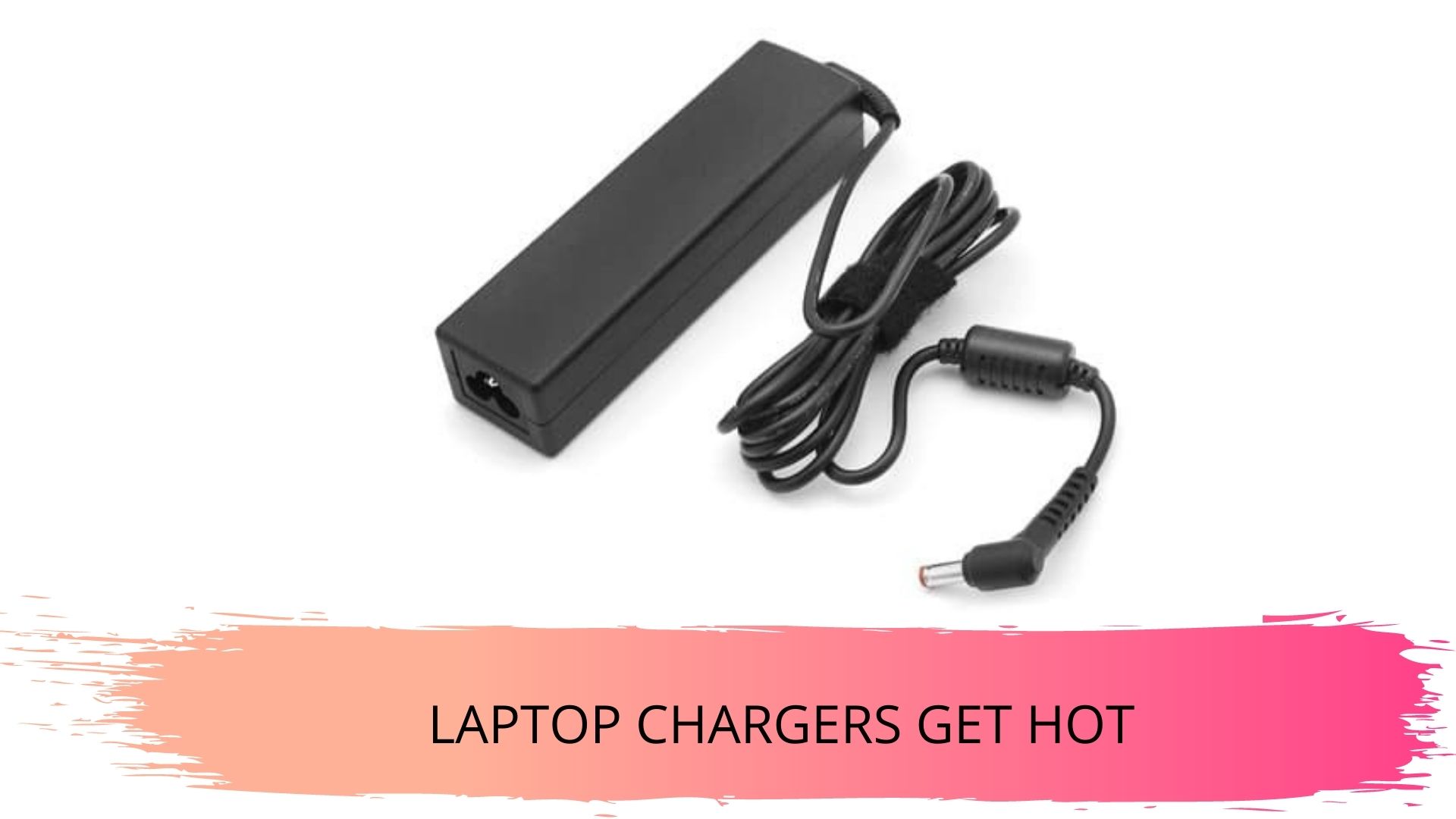 Laptop chargers are designed to carry an electrical charge from one point to another. In other words, it is completely normal for these devices to get hot. The question you should ask yourself is this: how hot should a laptop charger become? There is such a thing as too hot, as you will soon learn.

Do Laptop Chargers Get Hot?

A laptop that performs sophisticated tasks such as complex graphics and gaming laptops as such chargers get hot. However, where ordinary laptops are concerned, the charger should be warm, not hot. If the charger does become hot, it shouldn’t be so hot that it hurts you when you touch it.

If the charger is hot enough to burn skin, then it isn’t acting normally and you should take immediate steps to identify and then rectify the problem.

Why Do Laptop Chargers Get Warm?

The blame falls on that block that sits between the plug (which goes into the electrical outlet) and the adaptor (which enters the computer). That block acts as a transformer. When it receives an electrical current from the outlet, it changes the voltage to match the requirements of the laptop. The process of transforming the voltage generates heat, causing the transformer and the plug to grow warm.

Why Do Laptop Chargers Get Hot?

If you have a powerful laptop and the machine is always performing at its peak, a hot charger shouldn’t surprise you. Your machine has to draw the maximum possible power to meet its needs.

On the other hand, if you have an ordinary laptop that is performing ordinary functions, the charger should be warm, not hot. If the charger starts to overheat, one or more of the following factors is the most likely cause:

A faulty battery can cause the charger to overheat. An old battery can force a charger to work harder than normal to push power into the battery’s cells, generating a lot more heat in the process.

Check the status of the battery when the charger is attached. If it keeps switching between ‘charging’ and ‘not charging’, the battery is most likely impaired. Though, a faulty charger can also produce these results.

You must always pair your laptop with the right charger. The right charger will maintain the appropriate voltage. The wrong charger can power a laptop. However, if it has a lower rating than the requirements of the laptop, it will overheat because it has to work that much harder to give your laptop the power it needs.

A wrong battery is just as problematic as a wrong charger. People pay very little attention to the power and current ratings of their batteries. They think that any battery that fits their laptop’s slot can work but that isn’t true.

One of the most common causes of overheating is faulty chargers. Rips and tears will compromise the functions of a charger. The same goes for chargers with exposed wires. Damaged or defective chargers can cause fluctuations in the power they supply the laptop. Not only can this result in overheating but it can damage the laptop.

NetBook News encourages computer users to pay close attention to the laptop’s environment. A charger that is kept near a radiator is just as likely to overheat. The same is true for a charger that is sitting on or beneath a blanket.

Keep an eye on the sources of heat in the vicinity. You should also watch out for any objects that might compromise the ventilation of the charger by preventing the warmth it generates from escaping.

How Can You Tell That a Charger is Too Hot?

A charger is overheating if it is too hot to touch. But that isn’t the only sign of trouble. Look for strange smells. You have every reason to worry if you can smell something burning.

You have to look out for overheating in the transformer and the plug. A lot of computer users ignore the plug. But this section of the charger isn’t supposed to overheat either.

There are several ways to cool down a laptop charger. However, you should find out why the charger is overheating before you take any drastic steps. Cooling a damaged charger, for instance, could expose your computer to fluctuating voltage which can harm the machine.

Once you figure out why the laptop charger is overheating, you can take steps to resolve the issue before something bad happens.

How to Diagnose a Hot Laptop Charger?

A laptop charger is only dangerous if it is too hot for you to hold. A charger that is simply warm isn’t a threat. Once it becomes so hot that it burns, you can conclude that it is too hot. To determine the potential cause of this occurrence, you must look at the battery and the charger.

This doesn’t rule out the adaptor. Before you proceed with your investigation, you should check the cord of the adaptor. Look for signs of stress, not to mention pins that are bent or broken.

A damaged adapter simplifies things because you can solve the problem of overheating by replacing the charger. If the charger isn’t damaged, you have to think of creative ways to keep it cool.

How to Cool Down Laptop Charger?

If you have tried and failed to identify effective ways of permanently preventing overheating, you can cool your charger down using the following methods:

Sometimes, a charger overheats because the laptop is drawing more power than the charger is accustomed to. In such cases, I encourage you to reduce the performance of the computer. You can do this by initiating the energy-saver plan.

Get a bowl and fill it with water. Put the bowl on top of the adapter. Depending on the material (metal is the best), the bowl should conduct the heat away from the adapter, keeping it cool .

In many cases, chargers overheat because the transformer isn’t properly ventilated. You can cool the transformer naturally by placing pens and pencils under it. This creates gaps beneath through which the air can flow, cooling the transformer.

Keep the charger away from sources of heat such as radiators. It isn’t a good idea to expose the charger to direct sunlight either. Keep it in a cool place with decent airflow.

How to Prevent Overheating?

It doesn’t take much to prevent overheating in chargers:

If you have determined that a faulty battery is to blame for the heat in your charger, the obvious solution is to replace the battery. However, you cannot afford to buy the wrong battery. Check the website of your laptop’s manufacturer to identify the appropriate power and current ratings.

3). Keep the Charger In a Good Environment

Keep the charger in a ventilated environment. Do not smother the charger with thick fabric like blankets. Find ways of keeping the charger cool. If it keeps overheating regardless of your efforts, then the battery or the charger is faulty.

However, if it remains cool, then you shouldn’t worry. The environment was the problem, in which case, you should work towards keeping the charger in a ventilated environment.

Hot chargers are only appropriate when they are attached to powerful laptops that are working at their peak to perform sophisticated tasks such as gaming.