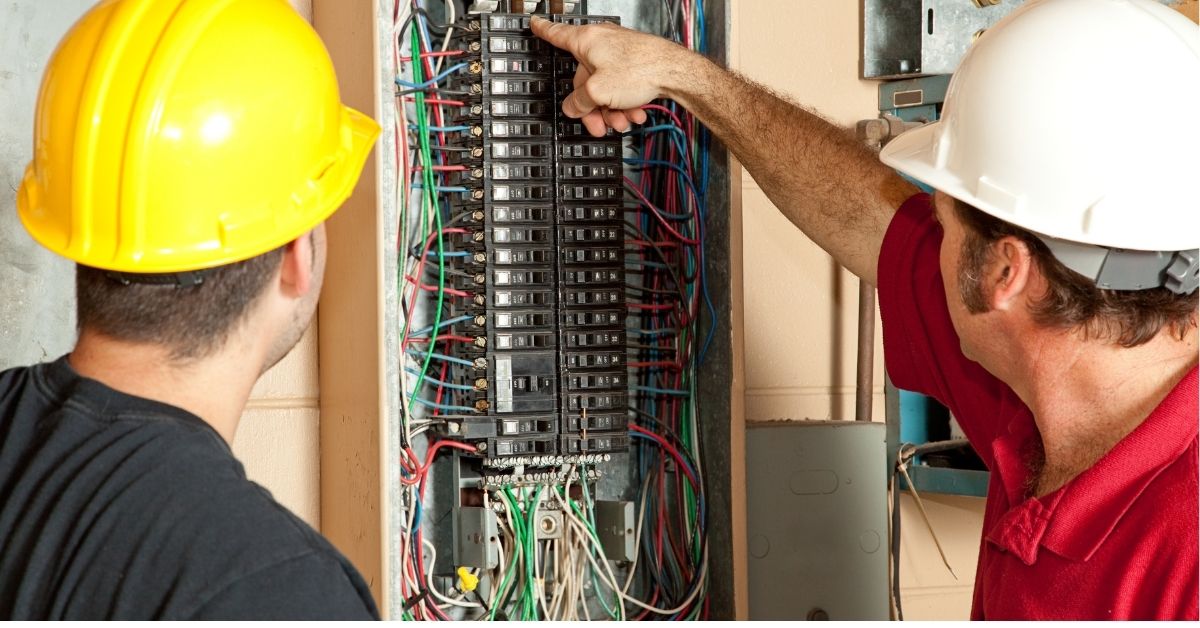 Type 2 SPDs (Surge Protection Devices) require dedicated circuit breakers. If you have never heard of them, type 2 SPDs are found at the main service panel, installed on the line side.

This is as opposed to Type 1 SPDs which you find between the secondary of the service transformer and the line side. Some Type 2 SPDs can make do without breakers and fuses because they have internal protection.

You should try to position that breaker near the cables that feed the breaker panel.

I believe that adding a whole house surge protector to a panel box with only one available breaker is problematic because a malfunction would lead to an outage.

It is better to install the device in a panel box with two or more available breakers.

What Size Breaker Do I need For A Whole-House Surge Protector?

The size of a breaker must match the wire size of the protector. For instance, a surge protector that uses 10 AWG wiring is typically matched with a 30A breaker.

For example, a 10kA SPD will die after one powerful surge. If you want a surge protector that can stand the rest of the time, aim for 50kA. You can install a 50kA SPD on a 15A double-pole breaker.

But in most cases, you don’t have to worry about the size of the breaker. The manual that comes with the whole house surge protector will tell you everything you need to know, including the size of the wires.

How Does A Surge Protector Work?

A surge protector is designed to respond to a sudden increase in voltage. Surges includes everything from lightning strikes to downed power lines. When the surge protector detects the excess current, it responds by diverting that current to the ground.

Most of the surge protectors in your local store use metal oxide varistors. They are responsible for protecting you and your equipment from surges.

It is important to realize that surge protectors are not invincible. They are supposed to protect your home from surges. But that doesn’t make them invulnerable to surges:

Surge protectors have limited lifespans. They cannot protect you forever. At some point, the metal oxide varistors will wear out. They will stop working.

Surge protectors cannot stop lightning, especially if the lightning strike in question was close by. You are better off investing in a lightning rod.

Do Surge Protectors Have Circuit Breakers?

The devices rely on components called varistors. Varistors are made from metal-oxide semiconductors which are poor electrical conductors.

Their ability to conduct electricity improves when they encounter a surge. This allows them to send the excess electricity to the ground. Your appliance will continue working while this happens unless the surge is powerful enough to destroy the surge protector.

If the surge protector relied on breakers, a surge would cause the breaker to trip, depriving the appliance of power. But that doesn’t happen with ordinary surge protectors.

Do I Need A Surge Protector If I Have A Circuit Breaker?

But anyone who thinks that surge protectors and circuit breakers perform the same role is wrong. Consider the following:

A surge protector stops voltage surges and spikes. Or rather, it diverts them to the ground, preventing them from harming your equipment. Depending on the type you have, a surge protector can stop internal as well as external surges.

Internal surges can occur when heavy-duty appliances like freezers and air conditioners cycle on and off. In many cases, the fluctuations they cause are minor. But they can gradually destroy the sensitive components of devices like microwaves. A surge protector stands in the gap, keeping small and large surges at bay.

Circuit breakers do not stop surges. They are supposed to prevent consumers from overloading a circuit. For instance, if you want to operate a device whose rating exceeds the capacity of the circuit, the breaker will trip the moment you plug that device into an active outlet.

The objective of a breaker is to prevent overheating. If the wires in a circuit are forced to carry more current than they were meant to handle, they will overheat. If such a situation persists, you will start a fire.

Does A Surge Protector Need Its Own Breaker?

The number of breakers in the panel will determine the answer to this question. It isn’t advisable to add an SPD to a panel box with one available breaker because you could suffer an outage if things go wrong.

Can A Whole House Surge Protector Share A Breaker?

A whole-house surge protector can share a breaker. For that, it should be pigtailed and use the existing breaker.

Will A Surge Protector Keep A Breaker From Tripping?

A surge protector cannot stop a breaker from tripping. Circuit breakers normally trip as a result of the following:

A breaker will trip if the electrical needs of your appliance exceed the capacity of the circuit. For instance, if a freezer is using more power than the circuit can safely supply or if you have too many air conditioners running at the same time.

To prevent overheating and fires, the circuit will trip. This will protect you and your property.

Short circuits occur when hot and neutral wires touch one another. Electricians have also blamed the issue on loose connections and faulty wiring. A short circuit can cause a spike in the volume of current. This can lead to overheating, which is why a circuit breaker always trips in response.

Tripped breakers are annoying because they deprive the circuit of power. But you want a breaker to trip where necessary. By cutting the power, the breaker keeps you safe.

The two devices do not perform the same roles. A breaker monitors the flow of current in the circuit, only responding when that flow rises to dangerous levels. A surge protector is triggered by high voltage.

The two devices do not interact in anyway that would prevent the breaker from tripping, not unless the wiring is faulty. In fact, a surge protector can cause a breaker to trip.