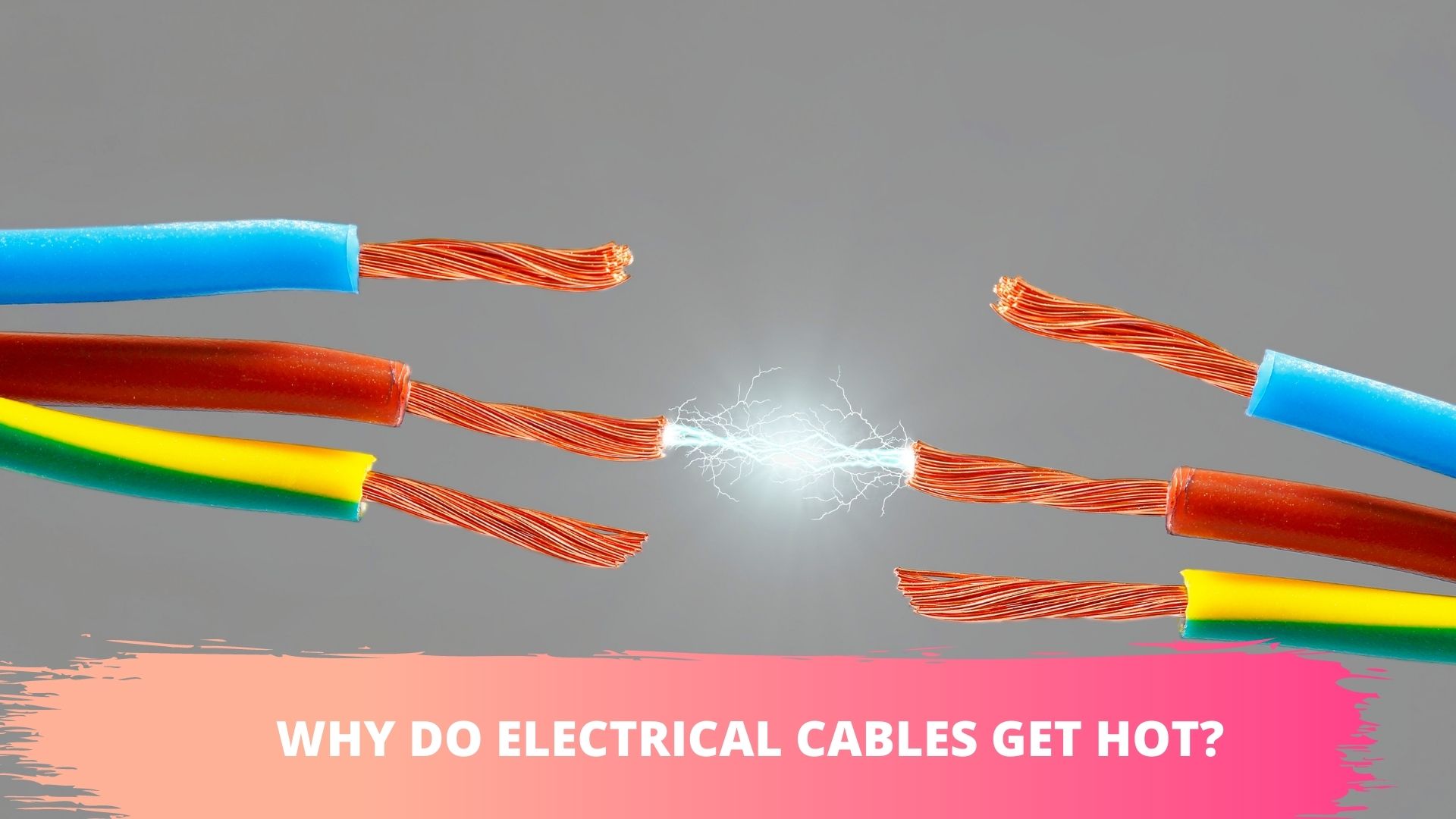 Most people understand and appreciate the dangers associated with electricity, which is why they often panic when the electrical wires in their residential or commercial setting become too hot to touch.

What Could Cause A Wire To Get Hot?

Wires can become hot (without overheating) for any number of reasons. They generate heat whenever electricity passes through them because of their resistance.

Though, wires used in places like the attic are normally designed to withstand the spikes in temperature that can sometimes occur. In other words, wires that are hot because of the ambient temperature are not necessarily a cause for concern, not unless your electrician chose to cut corners by purchasing cheap, poorly made wires.

This is why you are encouraged to hire an expert if your wires are hot. Sometimes, the wiring in your home is simply shoddy.

A professional can identify such issues.

You can also trust them to replace defective circuit breakers, switches, and receptacles which can cause wires to overheat.

What Does It Mean When A Wire Gets Hot?

How Hot Should Electrical Wires Get?

It is perfectly normal for an electrical cable to become warm, especially if it is transmitting electricity to a power-hungry device like a space heater. But it shouldn’t be so hot that you cannot touch it.

According to the Copper Development Association, the copper conductors in a wire can withstand a maximum of 194 degrees F. Aluminum doesn’t have the same durability.

This makes copper more attractive. However, that isn’t an excuse to permit electrical wires with copper to reach 194 degrees F. In fact, you shouldn’t allow your wires to approach this limit. More importantly, copper conductors have plastic insulation and jacketing that doesn’t have the same durability.

It will melt at lower temperatures. For that reason, you shouldn’t count on the temperature threshold of copper and aluminium conductors to tell you how hot the electrical cable in question should get.

Manufacturers provide data sheets that reveal the temperatures their cables can withstand. You can use them to determine whether or not your electrical cable is too hot.

In fact, some professionals argue that electrical cables should never get hot. They should only become warm. Once a cable is hot, you can conclude that something has gone wrong.

Is It Normal For Electrical Wires To Get Warm?

This isn’t a good thing because you are losing some of the energy as heat.

That being said, warm wires are not necessarily a sign of trouble.

Wires can overheat. A current passing through a wire can generate so much heat that it causes the plastic components to melt, starting a fire in the process.

Overheating can also cause a wire’s insulation to wear out. Depending on the setting and the situation, electrical arcs can occur, igniting any combustible items in the vicinity such as cloth and wood.

This Old House has pointed to a number of factors that can cause wires to overheat, including the installation of fuses with a higher amperage than the rating of the wires, overloading, and old electrical wiring, to mention but a few. This tells you that overheating is a common issue.

What Causes Electrical Wiring To Overheat?

If your wires have started to overheat, one or more of the following factors is probably at fault:

According to RSB Electrical, corrosion can harm wires and conductors, causing their resistance to increase which, in turn, increases the heat they generate. Wires and conductors that are worn out as a result of corrosion are more likely to overheat.

Like most electrical devices, wires come with a rating. They are designed to safely carry a certain amount of current. If an appliance forces a wire to carry more electricity than it can handle, it will become hot. From what Hunker has seen, wires can withstand a certain amount of intense heat.

But if you continue to use the appliance in question, the heat will eventually melt the plastic coating of the wire. This can lead to a fire.

Some places are hotter than others. For instance, temperatures can spike in the attic, especially in the summer. Some people do not realize that the ambient temperature can cause the wires in their homes to overheat.

Hunker believes that coiling can cause overheating. It blames the issue on the fact that coiling increases the resistance in a wire. You see this in extension cables. Their cords are more likely to overheat when you roll them up while they are in use. Coiling also generates a magnetic field.

According to Wikipedia, sparks (or electric arcs) can occur between wires. This can happen in situations where a wired connection has broken.

If two wires are close to one another, electricity may jump from one wire to the other.

In such a scenario, overheating is the least of your worries. The spark is more than capable of igniting the combustible components in the area.

Circuits have a fuse that is designed to blow whenever the electrical supply exceeds the rating of the circuit breaker. However, if the fuse fails to respond as expected, the high voltage can cause the wires to get very hot. If the situation isn’t resolved, the heat will eventually melt the plastic coating of the wire.

You may encounter similar disasters whenever wet arc tracking occurs. This is where a conductive liquid invades the circuit, allowing the current to leak.

Some homes use just one or two circuits to power every appliance in every room on their property. That includes the refrigerators and microwave in the kitchen, the AC units in the bedrooms, and the entertainment system in the living room. Such configurations are more likely to overload the circuit, causing the wires in your home to overheat.

How To Stop Wires Overheating?

The methods you use to stop overheating will depend largely on the cause, for instance:

If poor connections are a concern, you can prevent them from igniting combustible items in the vicinity by covering them with a suitable enclosure. A professional electrician can recommend an effective cover depending on the location. EC&M also believes that a GFCI (or AFCI) can respond to the current leakage that occurs as a result of a poor connection.

You can prevent overheating by using wires with a greater gauge. This is because wires that have a larger diameter offer less resistance. They can replace the wiring in your home where necessary

Add more circuits to your home. If you don’t have enough circuits, you are more likely to cause overheating by overloading the few circuits in your home.

You need to hire experts to carry out regular inspections. You need them to identify and replace any frayed or damaged wires. They can also upgrade your panels and wires to suit the electrical demands of your home.

Is it normal for a wire to become hot/warm?

Electricity encounters resistance when it passes through a wire. This produces heat. That heat is only dangerous if the wire is too hot for you to comfortably touch. That can happen as a result of overloading, a short circuit, corrosion, arcing, poor connections, the absence of sufficient circuits and outlets, and the ambient temperature, to mention but a few.