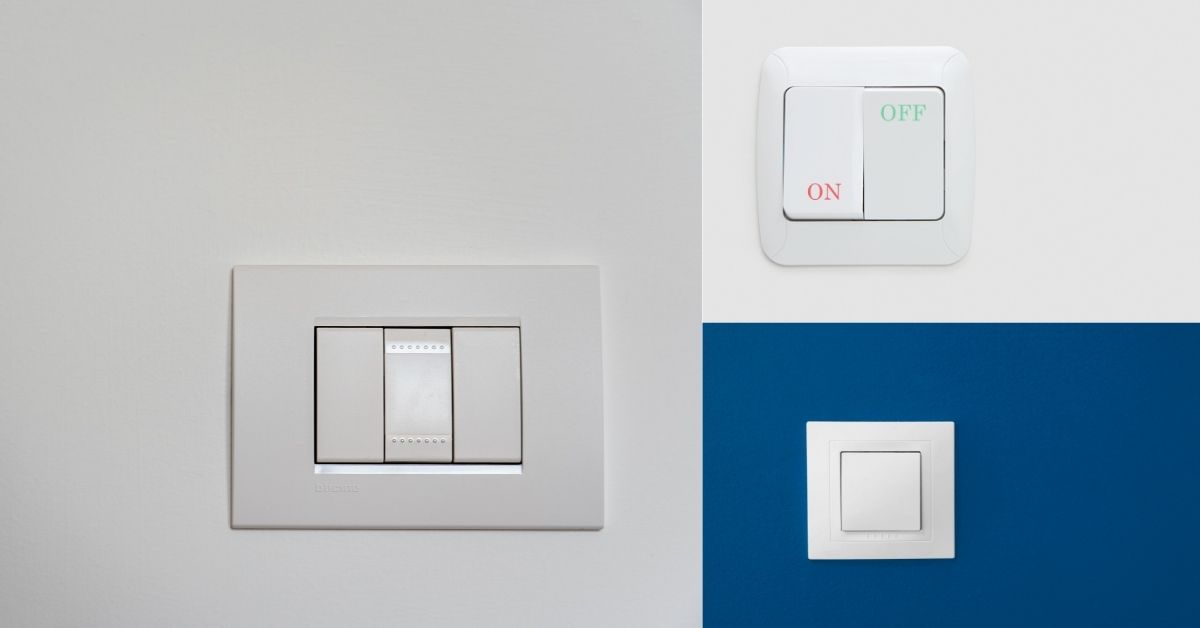 You have probably heard your contractor use terms like ‘Single Gang’, ‘2 Gang Dimmer Switch’, and ‘1 Way Gang Switch’. But what do those terms mean? Are they important? Will they affect your purchasing decisions?

What Does Electrical Gang Mean?

In construction, the word ‘Gang’ is normally used in conjunction with a toolbox. In fact, toolboxes are also called gang boxes. But in electrical engineering, the definition of ‘Gang’ is less obvious. It refers to the switch on the faceplate of an electrical box.

To be more precise, it refers to the number of switches.

‘Gang’ is just one name among many that people use. Other names include ‘Rocker’, ‘Dimmer’, and ‘Throws’. Those names are not random.

They can actually tell you what the switch in question does. For instance, a dimmer does just that. It dims the lights rather than switching them off outright.

‘Single Gang’ or ‘1-Gang’ refers to a box that is wide enough to accommodate a switch. A ‘1-Gang Box’ can also hold a duplex receptacle.

You have several ways of defining the term ‘Single Gang’. This is because the definition of ‘Gang’ is broad. It depends on the context.

‘Gang’ can refer to the number of switches on the plate of an electrical box.

However, it can also speak to the physical size of the box. ‘Gang’ can also emphasize the width of the box.

DIY Doctor takes things a step further and introduces the term ‘1-way Switch’. The term refers to a simple switch that controls one lighting circuit. It will switch the circuit on and off. You cannot get any more straightforward than that.

Elesi uses the term ‘Single Pole Switch’. But their definition is also the same. It refers to a basic light switch that can turn on and off. They also noted that the majority of switches in the average home were ‘Single Pole Switches’.

Why Should I Use 1 Gang?

In ‘Double Gang’, the box can accommodate two light switches or duplex receptacles.

Double Gang’ is similar to ‘Single Gang’ in the sense that it has several meanings.

If ‘Double Gang’ is supposed to mean ‘2 Way Switches’, it refers to a situation where two switches control one lighting circuit.

Why Should I Use 2 Gang?

Many people use two switches to control the same light because it is safer and more convenient.

If you have a light that illuminates the stairs in your home, you need one light switch at the top and another one at the bottom.

No, it doesn’t, not when this Reuters article has already revealed that over a million Americans incur stair-related injuries every year.

If you have a switch at the top and bottom, you could switch the light above the stairs on whenever you ascended or descended. You wouldn’t have to fumble around in the dark.

A 2-Gang switch can provide similar benefits in large rooms with multiple entrances. If you place a light switch at each entrance, you can turn the lights on regardless of the entrance you use.

Once you throw dimmers into the mix, 2-Gang switches become even more attractive. A dimmer is a device that allows you to control the brightness of the light. You can raise or lower the intensity to create the ambiance you want.

Single Gang switches are not that difficult to identify if you know what to look for. The same is true for Double Gang switches. These are just a few of the differences you will observe between the two:

1-Gang plates have a width of 2-3/4 inches whereas their 2-Gang counterparts are 4-9/16 inches wide. The plates get bigger as you continue down the list. For instance, the 9-Gang plate is 17.25 inches, which is incredible.

Single gang switches are smaller. You can tell by simply looking at them. You will notice the drastic difference between the two.

3). The Function of 2-gang Switch is Expansive

A 1-gang switch controls one lighting circuit. You can turn the light on and off. The switch won’t do anything else. If you have a dimmer, it will either increase or lower the brightness.

A 2-Gang switch uses two switches to control one light. You can use either switch to turn the light on or off. If you have both a dimmer and a throw switch, you can change the brightness whilst also switching the light on and off.

Even though most homes can survive with a 1-Gang switch, it has become quite common for contractors to install 2-Gang switches.

4). Difference In Cost Is Low

5). The Design Of 2-Gang Switch is Complicated

Have you ever looked at the terminals of a 1-Gang switch?

It has two terminals, which is part of the reason why it is so simple. If you check the switch after turning it on, you will notice that the COM and L1 terminals are connected. But once you turn the switch off, that connection dissipates. The COM terminal is not connected to anything, which is why the current has stopped flowing.

From what Light Wiring Diagrams has said, 2-Gang switches are only slightly more complicated. They have three terminals. When you turn the switch on, the response from the COM terminal is the same. It is connected to the L1 terminal.

The differences only arise when you move the switch to the ‘OFF’ position. The current that was flowing to L1 is redirected to the L2 terminal.

The type of switch may vary. For instance, the box may feature a normal throw switch and a dimmer, or even a switch and a duplex receptacle.

A 3-gang switch is even more fascinating because you can add a throw switch, duplex receptacle, and dimmer on the same plate.

Can I Replace A Single Gang With Double? How?

You should stop to consider whether you have the skill or even the time to undertake the project before you proceed. If you’re determined to replace the single gang switch yourself, probably because you want to add a receptacle, you can use the following steps:

As you can see, it takes time, especially when it comes to cutting the hole and pushing the new box into the hole. You may have to remove more drywall to allow the hole to accommodate the new box.

For many people, it is easier to leave this job in the hands of an electrician. Though, if you have the skill, it is cheaper to install the double-gang switch yourself.