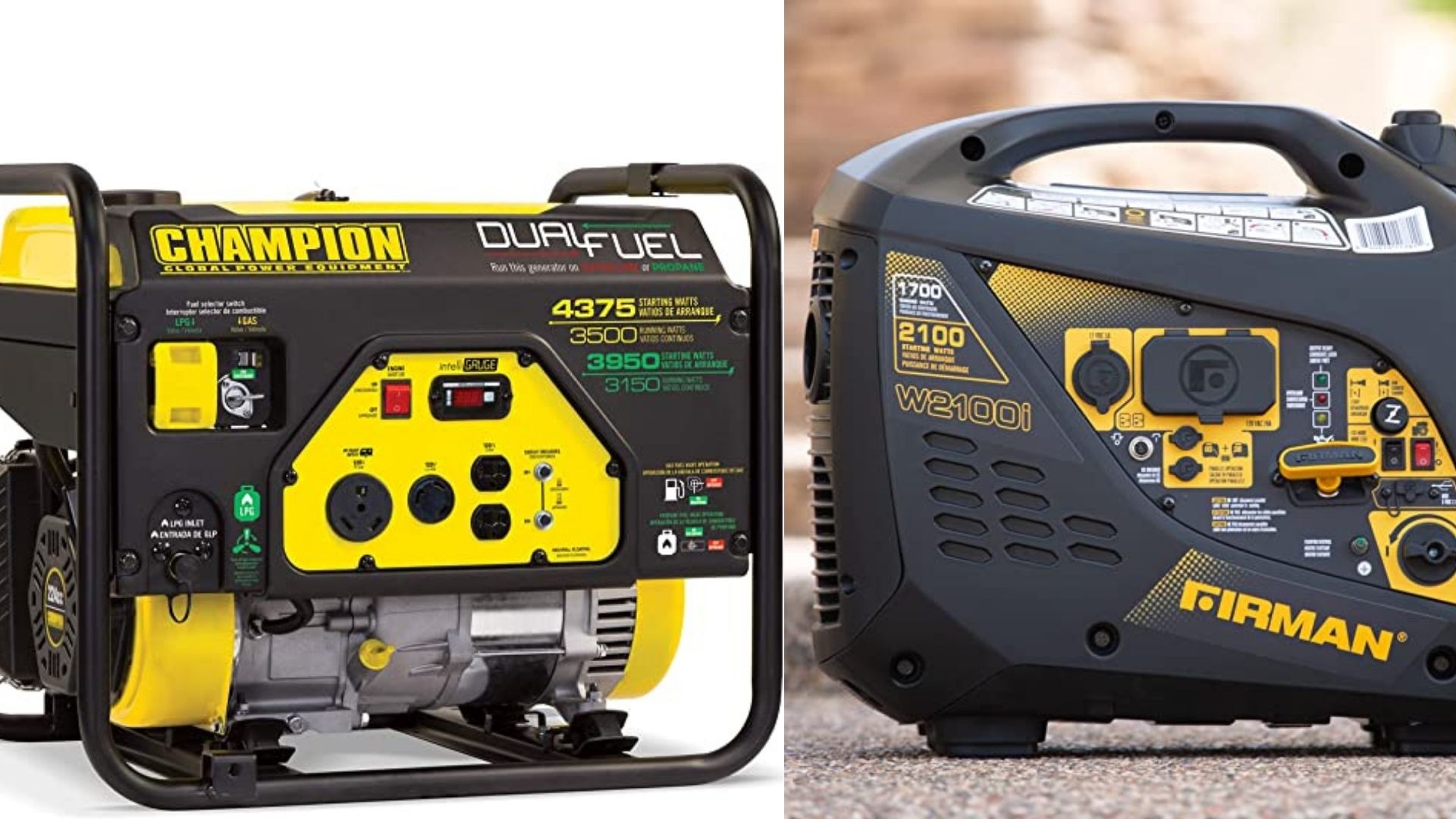 When it comes to choosing a generator, the brand is the most important consideration. You can try to compare and contrast the attributes of individual generators, but the market has too many models. You can’t analyze them all. Your best option is to find a brand you trust. Champion has an excellent reputation, but how does it compare to Firman?

You can’t judge these two brands using their prices. Firman generators don’t have a static price tag. The same applies to Champion. The cost will depend on the models and their attributes.

Some Firman generators are more expensive than their Champion counterparts. You also have Champion generators with higher price tags than Firman.

People think that Firman is less expensive. SUMEC Group is their parent company. SUMEC is a Chinese-based organization. Chinese products are typically cheaper than items from countries like the US.

Champion generators come from North America. People expect to pay more for the brand. However, it is worth noting that Firman has a presence in the US. They entered the North American market in the mid-2010s. Therefore, it is not fair to call them a Chinese company.

Again, like the price, the power will vary depending on the model. A Champion 4550/3650-Watt portable generator is obviously more powerful than a Firman 3650/3300 generator. But a Firman performance 8000/10000W generator has more power than the Champion generator. The model you select will determine its capabilities and application.

You will probably get more usage out of a Firman generator. Firman has larger fuel tanks that allow its generators to run for longer periods. A Firman generator will run for 14 hours on a 5-gallon fuel tank as opposed to the 9 hours Champion offers. You can raise that figure to 10 or 11 hours if you use propane. But it is still inferior to Firman.

The Firman whisper series is impressive because it promises quieter operations. However, Champion units are still more silent than Firman. Obviously, this isn’t true in every situation.

Firman and Champion generators are equally durable. Some Champion models are stronger and more efficient. But the results you encounter will vary depending on the model.

They share many features. That includes the dual-fuel system. They both use gas and propane. However, Firman is better in this department because it has additional features such as remote-control mechanisms and a gauge that reveals variables such as the operating hours.

This goes without saying. Champion has the better reputation. There are plenty of customers that have never even heard of Firman. However, Champion is a household name. Even people that don’t know what Champion does have heard of the name in passing at some point in their lives.

Initially, you would have given Champion the victory in this department because Champion is a North American brand while Firman is based in China.

But Firman has cultivated a strong presence in North America as well. They are not as well-known as Champion. That being said, their products are not necessarily challenging to find.

Neither brand stands out in this area. As far as the consumer reviews are concerned, Firman and Champion are equally reliable. Again, some Champion models are better than some Firman units.

In some places, customers prefer Firman because their generators won’t start when the engine oil is low. But Champion has plenty of models that have similar features. It would be erroneous to assume that Firman is the only brand with that feature.

Here, people tend to trust Champion over Firman. You can blame this on Firman’s origins. They make their generators in China. Admittedly, that hasn’t stopped people from buying their products. You can find a Firman generator in every corner of the world.

However, Champion has a stronger reputation because it is a North American brand with extensive experience.

There is no risk associated with either brand. Consumers are more likely to elevate Champion over Firman in this category because their generators are American. However, Firman has been in operation for years.

They wouldn’t have stayed in business for so long if they made risky low-quality generators. Their positive reputation is well-earned.

Are Firman and Champion Generators The Same?

No, they are not. The units have some similarities where the engine is concerned. They also share several features. But you cannot confuse a Firman generator for a Champion generator or vice versa.

Which Is Better Firman Or Champion?

If you think that Champion is better than Firman because the brand has a fantastic reputation, you’re wrong. If you think that Firman is better because it can run for longer periods, you are also wrong. There is no such thing as the best brand. They both have various models of generators with different attributes.

You have to find the model whose attributes satisfy your needs. Sometimes, Firman is the best choice because of its fuel capacity and efficiency. On other occasions, you are better off using Champion because it is quieter.

Don’t waste time looking for the best Firman or Champion generator. Try to identify the best generator regardless of the brand. Even if you prefer Champion, don’t be afraid to buy a Firman generator if it is truly the best option on the market.

If you need help finding a decent Firman or Champion generator, you can experiment with the following:

This generator can run for 14 hours on a 5-gallon tank. It has a gauge that consumers can use to monitor their fuel consumption. The whisper series muffler reduces the noise the generator makes.

This is a powerful dual fuel unit with an output wattage of 7100W. It has an 8-gallon tank, 208cc engine, and 10-inch heavy-duty wheels that won’t go flat, not to mention a regulator hose (5.5 feet). Boasting a 3-year warranty, it offers several covered outlets and a control panel. This model is the perfect addition to your RV.

The manufacturer included a low oil shut-off sensor and a gauge that allows consumers to monitor the runtime and power output. The unit has 120V 30A RV and 120V 20A household outlets.

This whisper series inverter generator has a starting wattage of 2100 and a running wattage of 1700. The item’s features include a 3.5HP, 80CC, four-stroke engine, recoil starting system, and four outlets. The 1.2-gallon tank will keep the generator running for 12 hours (50 percent load).

This is a dual fuel 120V generator with an output wattage of 3800W. Weighing 119 pounds and boasting a runtime of 14 hours, it is compatible with gasoline and propane. Capable of holding 0.6 quarts of oil, it has a gauge for tracking the voltage, runtime, and output, a low oil shut-off sensor, and RV and household outlets.

The maker has included a 3-year limited warranty and lifetime technical support that mitigates some of the financial risks associated with generators.