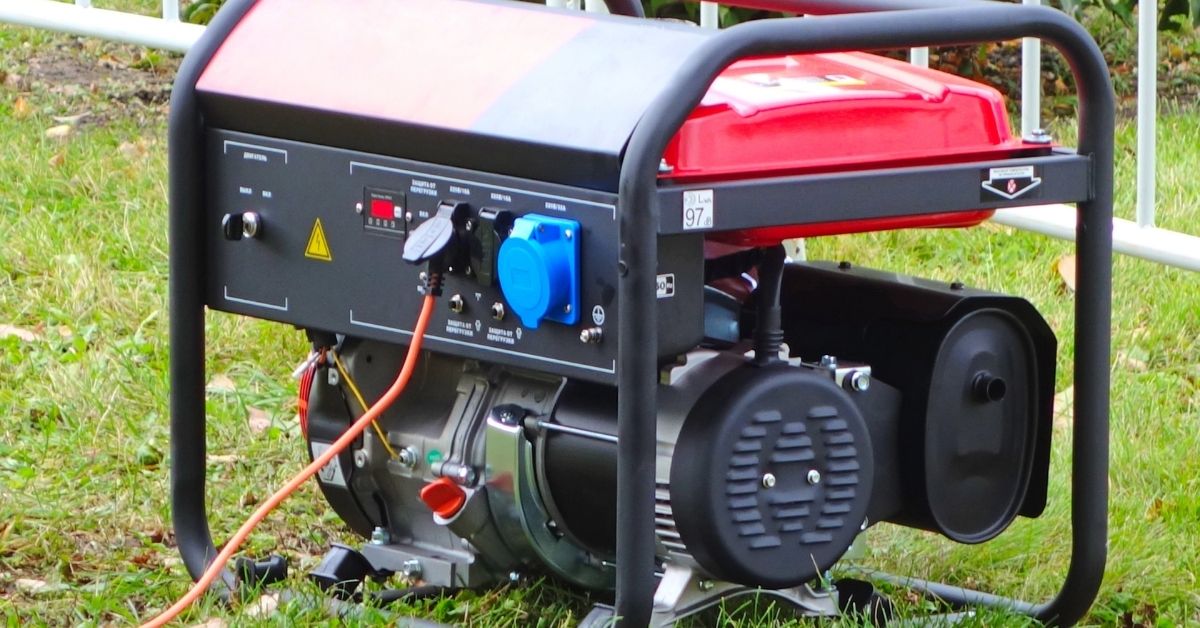 Most people with generators know how to use the choke. They understand that they have to turn it on when starting the generator, and then off once the generator has been running for a few moments. But they don’t know the purpose it serves, which is why they are incapable of fixing their generators once the choke fails to work as expected.

How Does A Generator Choke Work?

A generator choke controls the flow of air. It can either increase the flow of air or restrict it. This is important because a generator requires a combination of air and fuel to operate. The mixture must have an optimal fuel to air ratio for efficient combustion to occur.

When a generator’s engine has just started, this mixture has more air and less fuel. Technicians call this ‘Running Lean‘.

When a cold engine is starting, it cannot produce the heat required to efficiently combust the air/fuel mixture in the generator because the mixture has more air than fuel. Turning the choke on limits the amount of air flowing into the engine. This, in turn, creates a rich mixture that has more fuel and less air.

Once the generator has been running for a few moments, you can turn the choke off. At that point, the engine has attained the temperatures required to run lean (where it has more air and less fuel in the mixture).

What Is The Purpose Of A Choke On A Generator?

The choke is designed to restrict the amount of air flowing into the carburettor.

It is worth noting that generators that use propane and other types of gaseous fuel do not rely on chokes. In fact, some manufacturers include signs warning consumers against choking their generators.

Not only is it unnecessary (with generators that use natural gas or gaseous fuel because they do not need carburettors) but choking will do more harm than good.

Where Is The Choke On A Generator?

You can find the choke lever on the side of the generator and above the air filter. Though, in many cases, it is near or integrated into the knob that controls the power.

How To Use A Choke On A Generator?

If your generator came with a manual, you should read it to determine the best way to use the choke. Though, most of them operate the same way.

Should The Choke Be Open Or Closed?

Where the generator choke is concerned, you don’t have much to remember. Just keep these three points in mind:

2). You don’t need to adjust generators that have an electric choke. The generators can adjust the air supply without your help.

You have to close a choke all the way when you start a cold generator. However, some poorly maintained generators have choke levers that won’t close fully. This creates a situation where the choke is technically closed but the generator won’t start because you have too much air in the air/fuel mixture.

Sometimes, it isn’t a question of maintenance. Like every component, the choke can wear out.

Generator Dies When Choke Is Off

A conventional generator will only start when the chock is on (closed). Once it is running, you have to turn the choke off (open). If the generator stops working whenever you open the choke, more than likely, you don’t have enough fuel in the Air/Fuel mixture, which means that turning the chock off forces the generator to run too lean.

Generator Only Runs With Choke On

Generator Only Runs On Half Choke

You should also check the gaskets on the sides of the carburettor. If they are worn out or damaged, they will allow an unhealthy amount of air into the intake, producing a lean mixture.

Generator Only Runs On Full Choke

In most cases, a generator that can only run on full choke has a problematic carburettor. Either the gaskets are worn out and leaking air or the carburettor is clogged in some places, which means that you have to thoroughly clean it.

You can expect similar results if the engine isn’t getting enough fuel. Insufficient fuel can cause the generator to run on half or full choke. If the fuel is sufficient, it might be stale. This can happen in generators that have had the same fuel for several months and the owner did not bother to stabilize it.

Generator Won’t Run Without A Choke

An ordinary generator can only start with the choke in the ‘On’ position. This means that the choke is closed, preventing air from entering the combustion chamber. If you have too much air in the Air/Fuel mixture because the choke is open, the generator is unlikely to start.

Once the generator starts running, you can turn the choke off. If the generator can only run when the choke is in the ‘On’ position, you probably have a clog in the carburettor that has restricted the flow of fuel.

When the choke is off, the generator runs too lean. Leaving the choke on creates a better balance in the Air/Fuel mixture, which is why the generator needs the choke to run. That doesn’t sound like such a bad thing to some people.

After all, does it matter whether the choke is on or off if the generator is working all the same?

Using a generator when the choke is on wastes fuel. It is also bad for the environment. If that wasn’t problematic enough, the practice causes unnecessary engine wear.

Choke On A Generator Not Working

You will encounter two major problems where your choke is concerned. It will either fail to close fully or open properly. It may stick or simply refuse to move the way you want it to.

If the choke sticks in the closed position while the generator is running, it could flood the combustion chamber with excess fuel. This can cause the generator to stall, which you do not want in an emergency. If the choke is stuck in the open position, it will prevent the generator from starting.

How To Fix A Choke On A Generator?

If the choke lever is completely broken, you need to replace it. You can also solve the problem of a broken choke lever by placing tape over the air intake holes (on the cover of the air cleaner), starting the generator, and then removing the tape. Additionally, you can lubricate the choke shaft and linkage to improve the movement of the choke lever.

They have provided meticulous instructions for carrying out this task. However, their process specifically applies to Champion generators. Keep that in mind. The configuration of the generator they have used as an example might not match the configuration of your generator