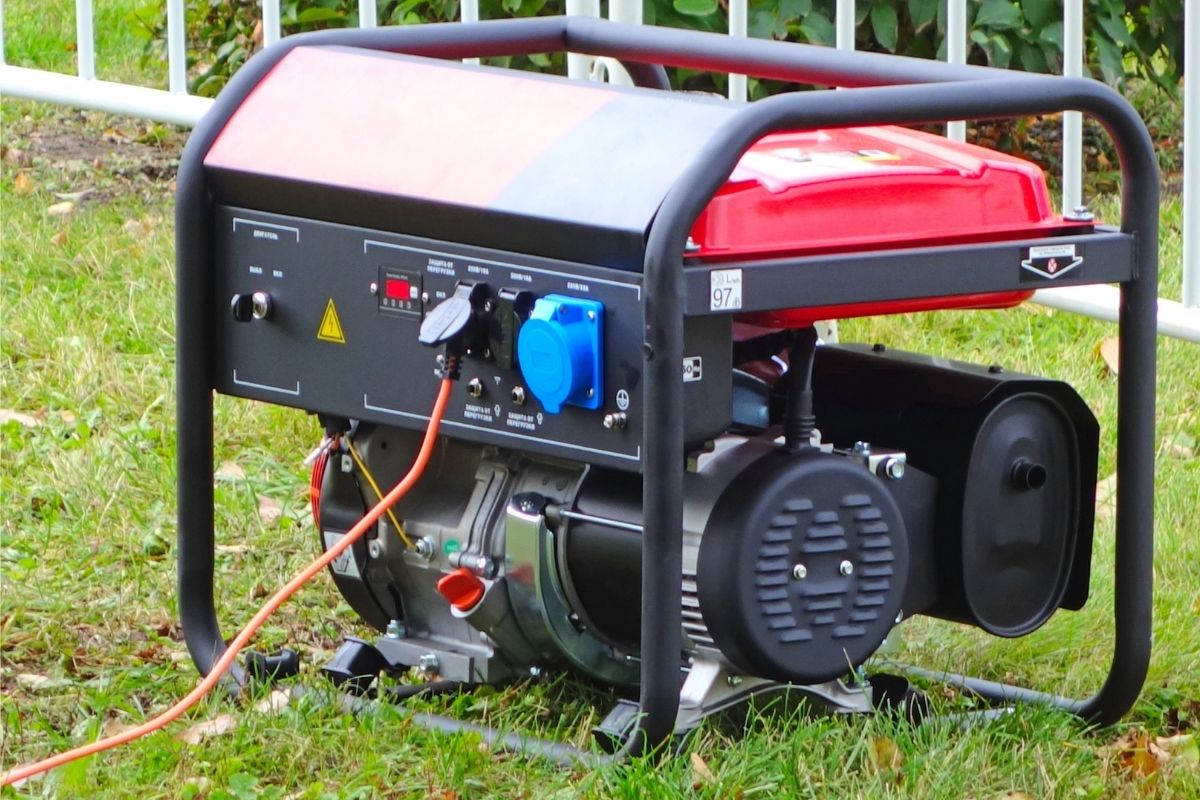 Generators have diagnostic lights. When a generator malfunctions or behaves in a way that doesn’t make sense, you can use these lights to identify the problem. However, these diagnostic lights are only helpful if you know what they mean.

The red light is a sign of a fault. To be more specific, it shows that the generator has entered fault mode.

The exact nature of this fault will vary. The red light on a generator will come on for any number of reasons, including:

1). Switch Not Pushed Back

Did you push the switch back to run?

If you did not, the red light will come on to warn you that the generator won’t start the next time an outage occurs. This is one of the simplest cases of red light.

It also has a simple solution.

If the red light is on because the generator is off, just toggle the switch back to run.

2). Propane Is Turned Off

If you ran out of propane, you probably turned the gas off while you waited for your vendor to deliver more propane. Check the valve. If the propane is on, hire an electrician. They may identify an air pocket in the propane.

Low oil pressure can prevent a generator from starting. Once the generator fails to start, you will see the red light. Check the oil. Make sure the generator has enough. If it doesn’t, add some more.

Overcrank is a situation where the generator has a decent crank signal from the ignition coils, but the engine has refused to start. It is spinning, but it hasn’t attained the relevant speed.

A Generac unit with an overcrank problem will display an 1100 alarm.

The manual published by Northern Tool expects the red light to come on when a connected electrical device overloads. The same thing will happen when the output voltage rises, or the generator detects overheating in the inverter control unit.

The generator will keep running, but it won’t produce electricity. On occasion, the red light will come on and temporarily stay on because you connected a heavy-duty appliance that requires a lot of power when it cycles on. The red light will disappear after a few seconds.

In the case of a genuine overload, you can eliminate the red light by lowering the wattage of the devices connected to the generator. You should also remove any blockages that have manifested in the cooling air inlet.

You can check out the below video that allows consumers to clear the red light. But this method will only work if you have the model they use as an example in their video.

Oak electric has a long and detailed manual that explains the source of the blinking depending on the number of blinks. But this manual’s interpretation of a blinking light is based on what they have seen in a Briggs and Stratton Generator. Do not expect this same scheme to apply to every other brand.

This is the reason why Champion Power Equipment’s explanation is so different.

If you see the blinking red light in the CO shield area, they blame the issue on an accumulating CO hazard. You can solve the problem by moving the generator to an area with better ventilation.

If the blinking red light is accompanied by a clicking sound, more than likely, you have a dead battery.

A red light flashes three times on a fault that has caused the generator to shut down. The flashing light should encourage the owner to service the generator.

Because the meaning behind the three flashes will vary depending on the model, you should check the controller. Modern generators have diagnostic tools that use codes to reveal the fault that has caused the generator to malfunction. Use the controller’s Fault Read Mode to find out why the unit is flashing thrice.

How To Clear Red Light On Generator?

Consult your manual for more information. If the manufacturer includes a red light, they will also tell you how to clear it. If they did not, call them.

When the generator is ready to run, the green light should be steady. Blinking is a sign of utility power loss. Make sure your generator is getting the voltage it needs via the N1 and N2 connections. It should be noted that blinking is only a problem if it is persistent.

From what the people at Norwall have seen,

The green light will flash every ten seconds if the generator is active and healthy.

In the case of Lowes, an orange LED signifies an overload. The orange light is not a concern if it doesn’t last. In fact, you can expect to see the orange LED for a few seconds after the motor starts.

If the orange light stays on, the generator will run, but it won’t generate any power until you remove the applied load. But again, you cannot use this interpretation to understand the LEDs on your generator. Where your model is concerned, the orange LED could mean something else.

Some people confuse the yellow LED with an orange LED.

If the LED is yellow rather than orange, it shows that the generator needs to be serviced.

Any number of problems can cause the yellow LED to come on. That includes high temperature, a pressure sensor malfunction, low oil levels, and more.

If the LED is truly orange, check the manual to find out what it means.

According to Generac, a yellow LED on one of their units acts as a reminder. It encourages the owner to service the generator. Sometimes, the generator expects you to inspect the battery. On other occasions, you have to change the oil and filter.

However, the unit will continue to run. You can clear the light by pressing ‘Enter’ on the controller.

The yellow light can shine for various reasons. You can ignore the yellow light if you want. But it would be best if you remembered that it came on for a reason.

The green light shows that the generator is operating normally. You will see it when the engine starts. A green light is a good sign.

Is The Meaning Of Light Different In Different Brand Generators?

Most brands use the same combination of green, yellow, and red lights. In many cases, the red and green lights have the same meaning.

These general LEDs rarely differ. The differences emerge once the LEDs start blinking.

This is why you have to consult the manual before you proceed. In some generators, the red LED is a sign of overload. But other generators use the yellow LED to signify overload. Do not attempt to interpret the diagnostic LEDs until you review the documentation that came with the generator.