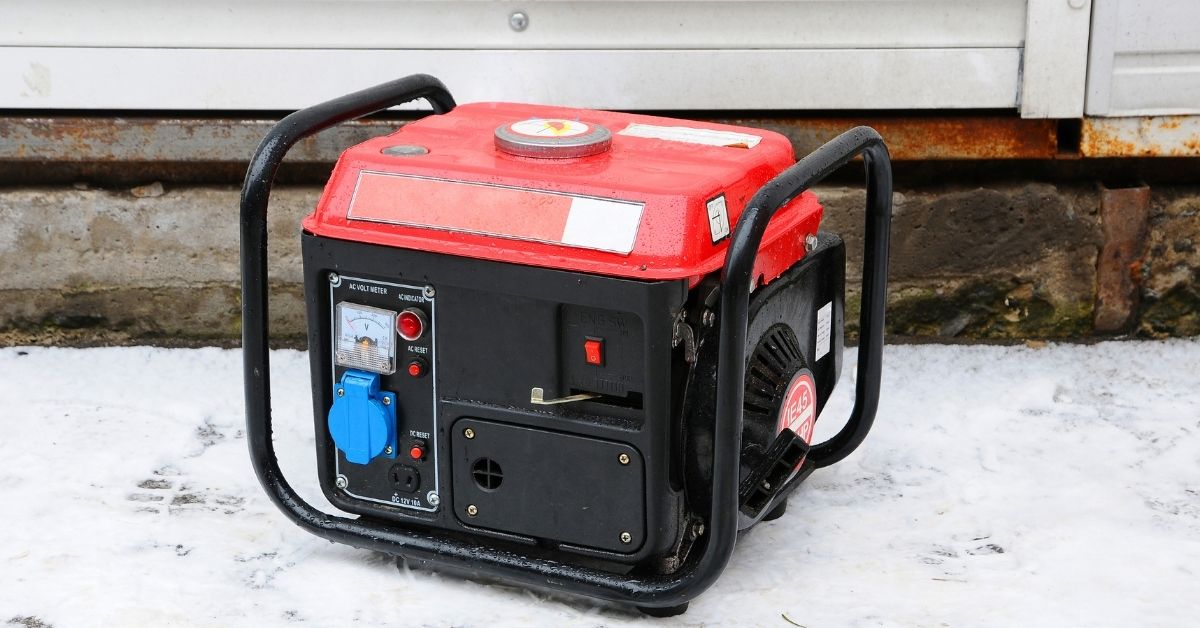 Generators are lifesavers, especially for people that live in places that experience frequent blackouts. But what happens when a generator misbehaves? What if it starts making so much noise that it becomes a disruptive element in your home? Is that normal? Are there ways to combat or even eliminate that noise?

You have two potential causes to consider in situations like this. One of them is more problematic than the other:

If you still had fuel in the carburetor when the generator went into storage, that fuel became gum and varnish which is currently restricting the carburetor. This can happen with just a few drops of fuel.

Appliances like refrigerators that have on and off cycles can cause revving issues in some generators.

Why Does Generator Rev Up and Down?

If the generator doesn’t get regular use, the carburetor gets varnished within weeks, leading to surges.

You cannot get the best out of a generator unless you match it with the right fuel. Every generator was designed to use a particular type of fuel. Using the wrong fuel in your generator will cause the machine to rev up and down.

Read Can You Put Premium Gas In A Generator? (Know It Now!)

Some generators have design flaws that encourage revving and surging. Briggs and Stratton (450, 500, and 500 Series) engines is a prominent example. They have a vacuum leak that can compromise the operations of the generator.

A failing capacitor in an old engine can produce drastic fluctuations in the power supply.

Generators have a multitude of moving parts. Any one of those moving parts will make funny noise if they are loose, broken, worn-out, or not properly lubricated.

Funny noises in generators have a variety of sources. You have to identify the specific noise the generator is making to figure out the cause.

For instance, A failure to tighten the main bearing nut can generate a knocking sound. Knocking sounds can also come about as a result of a collision between the piston and the valve, a broken valve spring, and a loose connecting rod bolt, to mention but a few. A worn-out V Belt can generate squealing noises.

Popping sounds tend to occur because the generator doesn’t have enough air or fuel. Other potential causes include bad fuel and cross-firing, and governor problems.

Combustion will still occur but it will be slow. The result is valve overlap, a phenomenon that can produce pops and flames.

If the fuel-to-air ratio is fine, the valves are probably stuck. You have to reset them.

Why is My Generator Making a Knocking Sound?

Like most machines with engines, a bad air/fuel mixture can result in bad timing which, in turn, can cause knocking in a generator.

If the fuel/air mixture is fine, you should check the oil level, not to mention the age of the gas. This assumes that the knocking isn’t caused by a loose or broken mechanical component like a connecting rod or valve.

Many people blame hissing in generators on a water flow issue. Replacing the impeller can alter the pitch of the exhaust, either reducing or eliminating the hissing.

If the hissing persists, ask a professional to investigate the problem. You probably have a leak somewhere.

A high-pitched noise can originate from a squealing water pump belt or an air leak.

Worn-out belts, tensioners, and pulleys are responsible for a lot of the high-pitched whining you hear in car engines. Generator engines have similar weaknesses.

Grinding in the engine of a generator is dangerous. It could signify a serious complication that is more than capable of ruining the generator.

A generator produces a humming sound due to the stepper motor and charger.

It is quite common for electrical devices to produce humming and buzzing sounds. Electricity is not silent. It makes noise as it travels through a conductor. Wiring, outlets, and circuit breakers can hum.

A humming or whining sound in a generator shouldn’t surprise you.

Generally speaking, loose components in a generator tend to result in knocking and rattling. Oil issues (not enough oil and bad oil) can produce similar noises.

If you have the skill, check the springs between the generator and the mounting plate. They are supposed to absorb vibrations. If they are loose, you will hear rattling.

How Noisy is a Generator?

If you’re familiar with the level of noise a dishwasher makes, you can expect something similar from a backup generator.

Generators have an engine that produces electrical energy. It isn’t surprising that they are so loud.

The generator that can produce 50 kilowatts of power will generate as much as 85 decibels of noise.

That is a dangerous level of sound, more than capable of putting your health at risk and annoying your neighbors.

Fortunately, generators have special enclosures that reduce the noise by 40 decibels or more depending on the model.

Generally What Sound Does a Generator Make?

A generator is supposed to produce the same level of noise as a dishwasher or vacuum cleaner from seven meters away. The sound should be consistent.

What Sound is Good and Bad for A Generator – Why?

You should also call a professional if the ordinary generator sound is too high, too low, or repeatedly fluctuating. Generators should not rev up and down, not continuously.

How Do You Fix a Noisy Generator?

A noisy generator is a nuisance. It can cause hearing loss. It will also irritate the people in your home. Fortunately, you have plenty of solutions that can make a loud generator more bearable, including the following:

Mufflers absorb the sound that generators produce. They will make a loud generator more bearable. They are installed on the exhaust pipe.

You can trust them to cut as much as 15 decibels from the noise levels of a generator. But if you want the best results, you should get a muffler that was made with generators in mind.

Technically speaking, you can use any random muffler to silence a generator. That includes car mufflers. But a generator muffler will produce the best results.

All generators are noisy. But some models are louder than others. The power tends to influence the noise levels of a generator.

The more power a unit produces, the louder it will be. Some people buy powerful and incredibly loud generators when their electrical needs are relatively mild.

If your objective is to operate a few laptops and phones, you do not need a loud generator. You can make do with a smaller, quieter unit. Though, some generator models are powerful but quiet.

At the end of the day, most people can find generators with decent noise levels that can meet their needs. Rather than spending your hard-earned money on a muffler, just get a generator that isn’t loud, to begin with.

If you have the money, you can invest in more expensive options such as spring mounts and rubber mounts. They are more effective. This is true for dampers as well.

If you have a large backup generator, don’t be so quick to surrender to the noise. Invest in attenuators. Attenuators will absorb the sound a generator produces, reducing the noise to acceptable levels.

Rather than installing a muffler, attach one end of a hose to the exhaust. Run the other end to a bucket filled with water.

The hose will transmit the noise from the generator into the water. The water is a decent insulator that won’t allow the sound to escape.

If all else fails, just move the generator to a distant location. Many professionals will encourage you to place the generator in an enclosure or to surround it with a sound wall. But in some cases, it is easier to keep the generator at a distance.

Do Generators Make Noise When Not in Use?

A generator does not make noise when it is off. It will generate sound if it is on but it doesn’t have a load. A generator is loudest when it has a load. But if the device is off, it won’t make any noise.