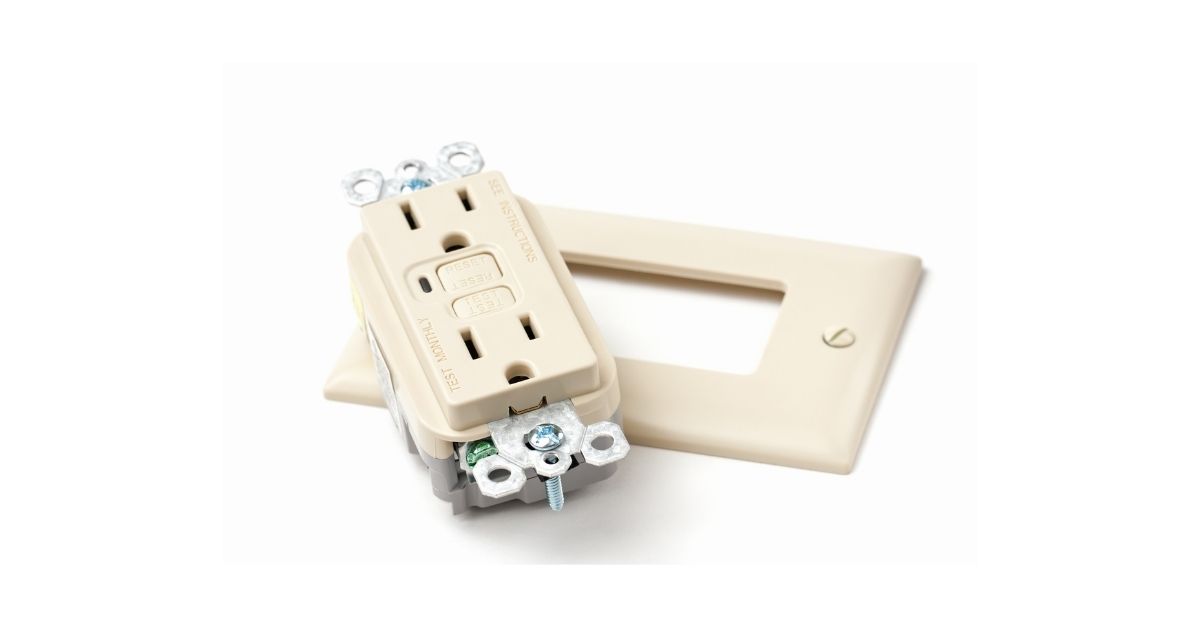 Does a GFCI go at the beginning or end of the circuit? Most people know that GFCIs defend against ground faults but they do not realize that the position of the GFCI on the circuit matters.

Does GFCI Have To Be First In Line?

If you have ten outlets in the room, how does installing a GFCI on one receptacle help the other nine outlets? On the one hand, you could buy a GFCI for every single outlet in the room. But that is an expensive tactic, which is why people are hesitant to use it.

The other option is to make the GFCI receptacle first in line. Doing so will protect all the other outlets downstream. This is the reason why many people argue that the GFCI has to be first in line. It is the cheaper option.

But if a ground fault occurs in one of the outlets downstream, all the outlets will lose power. Admittedly, you can restore the power by simply pressing the ‘RESET’ button.

But if the faulty outlet has a serious problem, the GFCI will keep tripping until you identify and resolve this problem. The GFCI won’t show you the outlet that caused the fault. You have to find it on your own.

If you had a GFCI on each outlet, finding the faulty outlet would be a simple matter of locating the GFCI that tripped. That would be the GFCI whose ‘RESET’ button is sticking out.

Placing the GFCI first in line has pros and cons. You have to consider all the advantages and disadvantages before you can make a decision.

How Do You Wire A GFCI At The Beginning Of A Circuit?

Look at the diagrams that Electrical 101 has published, for more information

Den Garden has discouraged homeowners from connecting a second GFCI to the load side of the GFCI on the first outlet.

You should only connect regular outlets to the load side of the first GFCI. Once you do this, that regular outlet will have GFCI protection. You don’t need a second GFCI.

Can You Put A GFCI At The End Of A Circuit?

Yes, it makes more sense to place it at the start because that allows you to defend all the outlets downstream. But that only matters if you want those other outlets to receive GFCI protection.

How Do You Wire A GFCI Otlet At The End Of A Circuit?

Though, before you connect a GFCI to the outlet at the end of a circuit, you must first identify the last outlet on the circuit. Most outlets in a circuit have two cables. One cable brings power to the circuit. The second cable takes power to the next circuit.

This is a problem for people that are determined to install their GFCI at the end of the circuit. You cannot identify the last outlet on the circuit using a tester. In most cases, you have to open and inspect the individual outlets.

Even if you can successfully add a GFCI to the end of a circuit, GFCIs can only protect downstream. They cannot provide protection upstream. A GFCI at the end of the circuit can only protect that one outlet. This is not a problem if you don’t want to protect any other outlets.

Can You Put A GFCI In The Middle Of A Circuit?

You can install a GFCI in the middle of a circuit but you have to realize that the GFCI will only protect the outlets downstream. All the outlets that came before the middle outlet won’t have GFCI protection.

If you want to give them GFCI protection, you can either move the middle GFCI to the beginning or add a GFCI to each of the outlets upstream. But most electricians will tell you that having a GFCI on each outlet is redundant and unnecessary.

Wiring A GFCI Outlet In The Middle Of A Circuit

You will find five wires in the box of an outlet located in the middle of a circuit. They typically have two hot wires, two neutral wires, and a ground cable. You have to connect the hot wires to the brass screw and the neutral wires to the silver screw. The load side will connect to the outlets downstream to give them GFCI protection.

Home Repair Geek encourages homeowners to strip and twist the black wires together. You can do the same thing to the neutral wires. Once the GFCI is installed, you have the option of either labeling the downstream outlets or the upstream outlets.

Where Should A GFCI Be Placed in A Circuit?

A GFCI measures the current flowing through the hot and neutral conductors. If it detects an imbalance that exceeds 5ma, it will trip, cutting the power in the outlet. But if the GFCI works by looking for differences between the hot and neutral, why does the position of the GFCI matter?

Technically speaking, it doesn’t. Some people argue that the GFCI has to be first in a circuit. But that isn’t true. Others have chosen to place their GFCIs in the middle or the end. They have a right to do so. Regardless of where you place the GFCI, it will work. It will trip in response to a ground fault. However, it would be inaccurate to conclude that the position of the GFCI doesn’t matter.

Can A GFCI Outlet Be Anywhere in A Circuit?

The NEC expects consumers to place GFCIs in wet locations that may expose ordinary outlets to water. Therefore, you are only obligated to install GFCIs in certain places, such as kitchens and bathrooms. That being said, you are free to install GFCIs at any point in the circuit, regardless of the location of the outlet you want to replace.

GFCIs are only problematic when you pair them with equipment that can’t be allowed to lose power, for instance, a freezer or medical devices. Otherwise, it is never a bad thing to add GFCI protection to an outlet, even if the location is neither wet nor damp.

What Are The Rules For GFCI Outlet To Be On A Circuit?

The only rule you need to know is that GFCIs have a Load side and a Line-side. The line side brings power to the GFCI. Any devices and outlets that you want to protect downstream should be connected to the load side.

Some people have argued that a circuit cannot have multiple GFCIs. But that is not true. You can attach as many GFCIs to a circuit as you want. However, multiple GFCIs are not necessary. All you need is one GFCI at the start of the circuit. It will protect everything downstream.