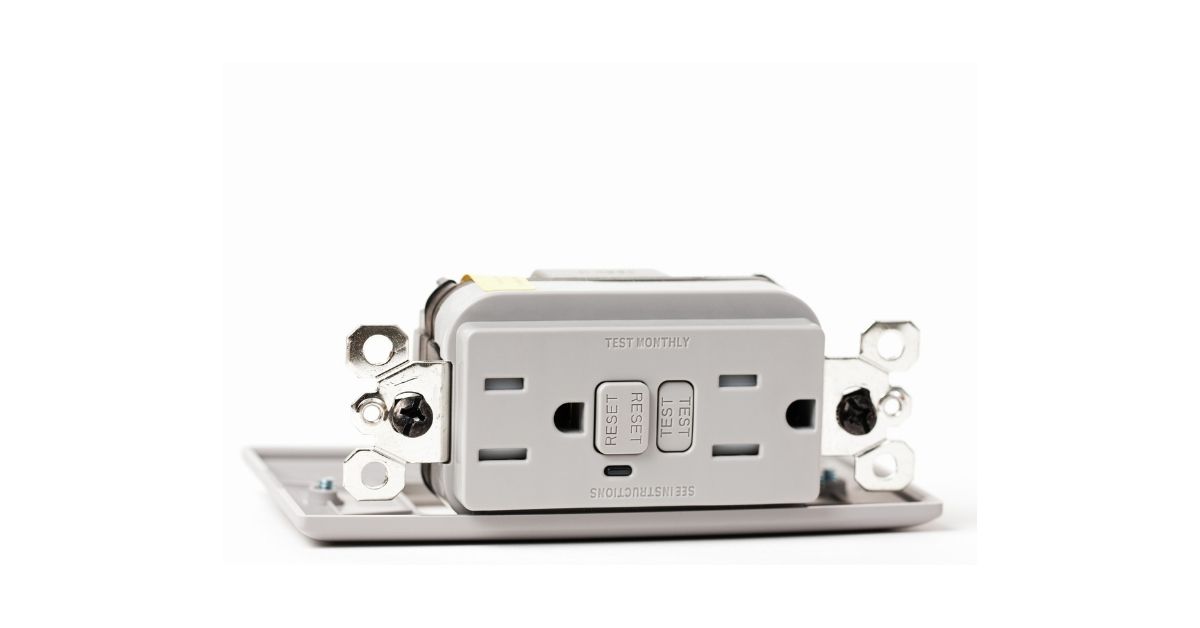 GFCIs are supposed to defend against ground faults. But can you trust a GFCI that doesn’t have a ground wire to protect you? What will your inspector say? Will they allow it or penalize you?

Can You Install A GFCI Without Ground?

As you can see, the ground wire does not participate in the work the GFCI does.

Not only is the practice common but it is perfectly acceptable.

But if you test the GFCI by pressing the ‘TEST’ button on the receptacle, it will show you that it is working.

How Do You Install A GFCI Without A Ground?

1). Start by de-energizing the circuit. Make sure you leave a note on the panel to let people know that you want the circuit to stay off as you install the GFCI outlet. Otherwise, someone may re-energize the circuit while you work, exposing you to unnecessary risk.

2). Remove the outlet you want to replace. You will see two wires instead of three coming out of the outlet box. Test them to identify the neutral wire and the hot wire. Use tape to mark them. This will keep you from confusing the two.

3). Connect the two wires coming out of the outlet box to the line side of your GFCI receptacle.

4). Install the GFCI receptacle in the outlet box and add the faceplate.

5). Once all the screws have been tightened, you can re-energize the circuit. Use an analog tester to determine whether or not the GFCI outlet has power.

6). Use the ‘TEST’ button to ensure that the GFCI works.

You can check out this video that has a detailed breakdown of this process. It includes pictures. it will help amateurs navigate this procedure. Though, you shouldn’t install a GFCI outlet unless you have the relevant technical skill and experience. Hire a professional before you electrocute yourself.

Ungrounded outlets are dangerous. They are vulnerable to surges, sparks, and arcing that may start a fire by igniting the flammable objects in the vicinity, including the furniture.

A GFCI outlet will not add grounding to a home that doesn’t have grounding. As the name suggests (Ground Fault Circuit Interrupter), a GFCI will protect you from ground faults.

I want you with ungrounded GFCIs to label them.

Attach a sticker that tells everyone who sees the GFCI that it is not grounded. If the GFCI is properly labeled, an inspector will not complain. They won’t penalize you or force you to replace the ungrounded GFCI with a grounded alternative.

Will A GFCI Circuit Work Without A Ground?

The GFCI will respond once that imbalance exceeds a specific threshold. It will interrupt the flow of current, preventing the outlet from shocking the consumer or destroying their equipment. The ground wire is not involved in the operations of the GFCI.

The GFCI has a sensor that watches the current as it transitions through these conductors. The outgoing current and the incoming current have to balance. When the current escapes its predetermined path to flow through another conductor such as water or the human body, an imbalance will occur.

If you have an option, Home Inspection Insider encourages you to combine GFCI technology with ground wiring.

This configuration offers maximum protection. But even without the grounding wire, the GFCI will work. It won’t provide grounding to the outlet. But it provides protection against ground faults.

A GFCI without ground is legal.

Many inspectors do not know this. They will penalize consumers for using ungrounded GFCI outlets because they used a plug-in tester to investigate the GFCI outlet in question. They do not realize that many of those testers require a ground wire to work.

This compels them to erroneously assume that the ungrounded GFCI doesn’t work. But a GFCI does not require a ground wire to work.

All it needs is the hot and neutral wiring.

The current flows out of the hot conductor and through the attached device before moving through the neutral conductor.

What Happens If GFCI Has No Ground Wire?

If your home doesn’t have ground wiring, the GFCI cannot redirect excess current to the ground. But if it detects a leak of over 5ma, it will respond by shutting the power off. This will keep you from being shocked to death.

You are less likely to get electrocuted if your outlet is properly grounded. If you have an ungrounded GFCI, you will most likely get electrocuted, especially if a loose wire in the appliance has touched the metal case of that appliance.

The GFCI will respond once you touch the appliance and it will disconnect the power before dangerous quantities of electricity can run through you. If your outlet is not grounded, a GFCI receptacle is better than nothing. It is definitely safer.

But you are safest if you have a grounding wire as well as a GFCI receptacle. If a live wire touches the metal case of an appliance that is connected to a grounded outlet, the current will flow through the earth wire. This will cause an imbalance (because the current did not return via the neutral wire), causing the GFCI to trip.

What Is The Use Of A Ground Wire?

The circuit in a modern home has a hot, neutral, and grounding wire. The hot wire is black while the neutral is white. The grounding wire is bare copper. But this wasn’t always the case. Old homes had just two wires: the hot and neutral wire.

If your outlets have two slots instead of three, they are not grounded. You can plug a three-prong plug into an outlet with two slots by using an adapter. But even though the adapter has three slots, it cannot offer ground protection.

Do GFCIs Need To Be Grounded?

The GFCI is concerned with the balance of current at the hot and neutral wires. It is supposed to de-energize the circuit whenever the current in a conductor takes an alternate route. The GFCi doesn’t care about the grounding wire. The absence of one will not compromise the GFCI’s operations, which is why ungrounded GFCI outlets are still legal.

If your inspector knows what they are doing, they won’t stop you from installing an ungrounded GFCI. They may encourage you to add grounding because it is safer. GFCI technology does not provide grounding. It cannot send the excess current to the ground.

But your inspector also knows that a GFCI outlet is better than nothing. As long as you attach a label telling everyone that the GFCI receptacle is not grounded, you can add one to your house without breaking any laws.

Naturally, you have to check your local code. National regulations in the US are not opposed to the use of ungrounded GFCIs. But local codes are more important than federal codes. If your area’s electric code has decided that you cannot install a GFCI to a circuit that isn’t grounded, you should listen.

What Happens If GFCI Is Not Grounded?

Nothing will happen, or at the very least, nothing serious. A GFCI receptacle doesn’t use the ground wire in its operations. The sensor in the receptacle keeps an eye on the incoming and outgoing current. The GFCI’s main focus is the hot and neutral wires.

It doesn’t care about the ground wire, so you can trust it to do its work of keeping you safe from ground faults. Admittedly, a grounded GFCI is better than a GFCI without grounding. They provide superior protection.

A GFCI without a ground will shock you. But the shock won’t last long enough to kill you. A ground wire can keep you from getting shocked.