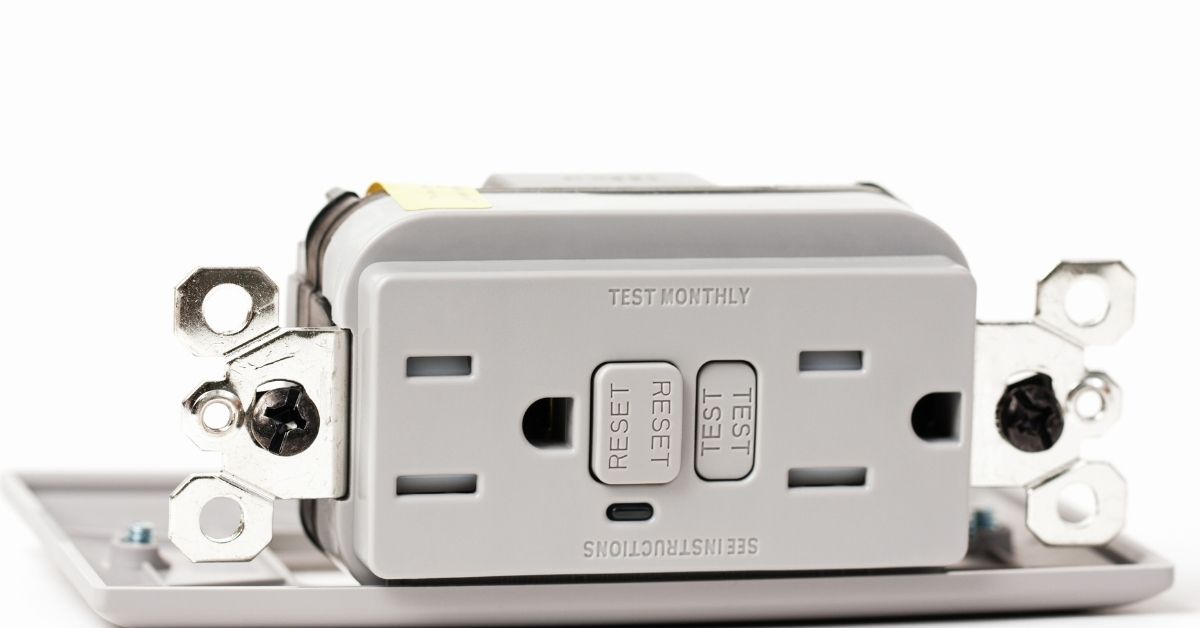 GFCIs will keep you safe by tripping in response to ground faults. But you have to test them routinely to ensure that their protective mechanisms are still operational. What happens when a GFCI fails to perform those tests? What if the TEST button has refused to work? Is the GFCI dead? Can you salvage it?

Why Won’t My GFCI Test?

GFCIs can fail to test for any number of reasons. Some of those reasons are reversible. Others are permanent. They include:

GFCIs do not last forever. GFCI outlets will eventually wear out. They will reach a point where they can no longer function.

GFCI outlets have a lifespan of 15-25 years, which is a long time. But GFCIs can last five years or less.

Ultimately, it depends on the way they are treated. If you have had the same GFCI outlets for several years and they no longer test, you have every reason to assume that they have reached the end of their lifespan.

Some GFCIs have a diagnostic light that will activate to alert you that the GFCI in question has reached the end of its life.

If the GFCI is new and it won’t test, it is probably defective.

I expect you to replace any GFCI that refuses to trip when you press the TEST button because that GFCI is of no use.

Manufacturers make mistakes all the time. You can expect every batch of outlets to have at least one defective GFCI. That GFCI will eventually find its way into someone’s home.

Make sure your outlet has power. If you have another GFCI upstream, and if it trips, depending on your configuration, that first GFCI will cut the power to all the GFCIs downstream. Therefore, pressing the TEST button won’t do anything.

If you don’t have any GFCIs upstream, check the circuit breaker. Make sure it hasn’t tripped, depriving the GFCI of power.

I want you to troubleshoot a defective GFCI to ensure that they check for loose connections. Don’t just look at the wires. Give them a soft tag. Loose wiring can prevent a GFCI from carrying out manual and automatic tests.

Sometimes, a GFCI will fail a test because the user did not push the TEST button hard enough.

If the TEST button refuses to push in, you have two potential causes to consider:

First of all, make sure you are applying as much effort as you can. Some TEST buttons require a lot of strength to push in, especially if the GFCI is old. You have to keep pushing until you hear a click.

Many consumers do not realize this. They are convinced that they can test a GFCI by lightly tapping the TEST button.

GFCI Test Won’t Pop Out – Why?

If you pushed the TEST button in and tripped the GFCI but now, pressing the RESET button does not restore the power or return the TEST button to its previous position, you have to stop and ask two questions:

1). Does the RESET button stay in?

If the Reset button immediately pops out whenever you push it in, and it refuses to stay inside, you have to consider the possibility that you wired the GFCI poorly. If your wiring is fine, you are not pushing the button hard enough.

You have to press RESET to restore power to the outlet. But if the outlet has power even though the RESET button won’t stay in and the TEST button has refused to come out, you probably reversed the line and load.

Don’t forget that a fault or defect in the GFCI will also prevent the TEST button from popping back out.

What If GFCI Won’t Test?

The objective of a TEST button is to test the GFCI to ensure that it works as expected. A GFCI that won’t test has already proven that you cannot trust it to protect you from ground faults. Your only option is to get a new one.

If the TEST button has failed to trip the GFCI, you should replace the GFCI.

Does GFCI Work Without Test Button?

If the TEST button has failed to trip the GFCI, the following are to blame:

The GFCI has gone bad. It was either defective when it arrived or something happened to it later on. Either way, it is dead. You cannot rely on it to prevent ground faults.

The GFCI was wired poorly. The electrician who installed the GFCI did not wire the line and load properly.

Smell the GFCI. Does it smell like burnt plastic? Look inside. Can you see burnt wires and melted insulation? Surges, shorts, and overheating can compromise a GFCI’s functions.

What Does GFCI Test Button Do?

You are expected to test your GFCIs routinely (At least once a year). If a GFCI fails a test, that is to say, if pushing the TEST button doesn’t trip the GFCI or force the RESET button out, I expect you to consult a professional electrician because this occurrence proves that your GFCI has a problem.