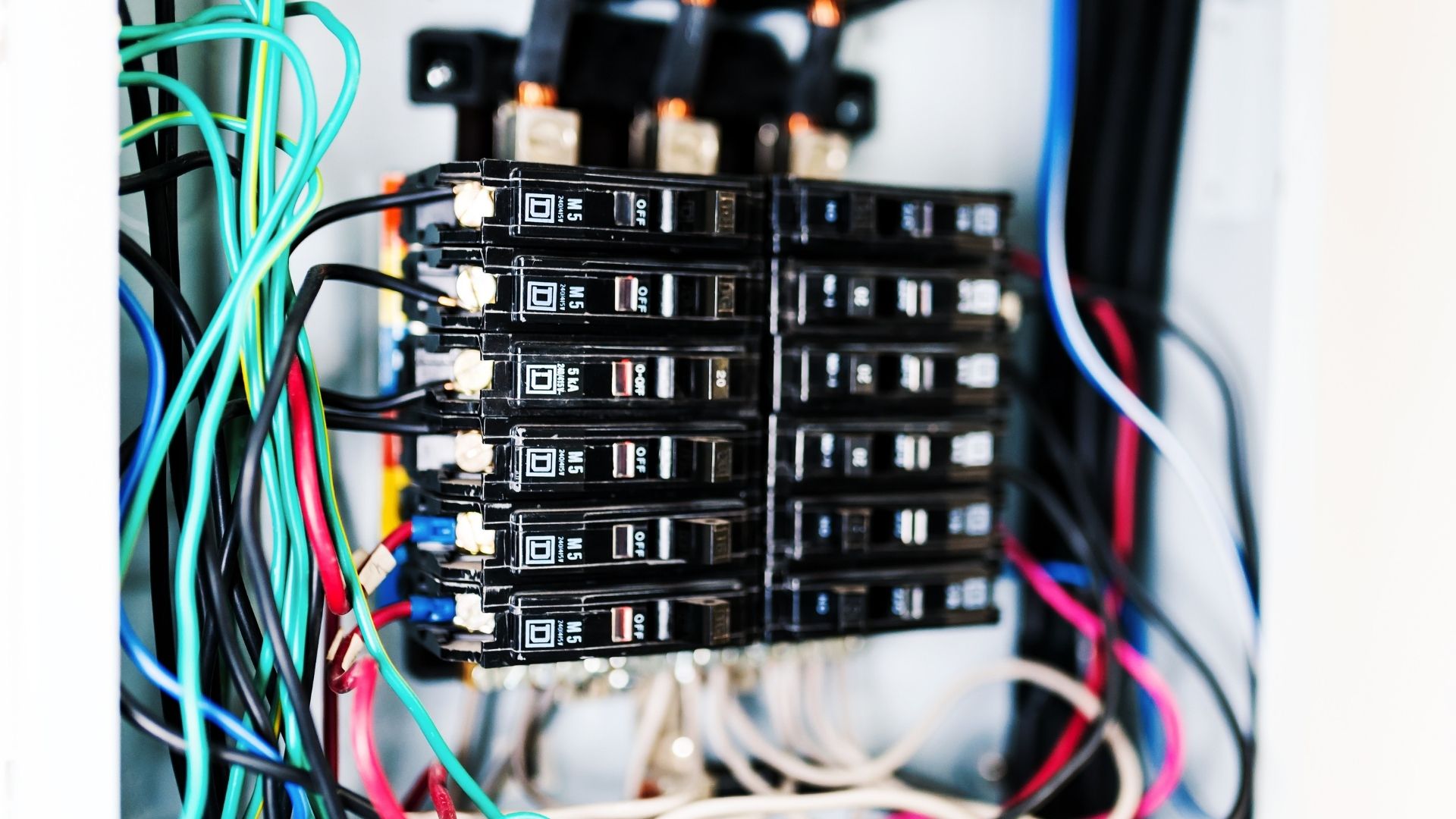 Most homeowners do not perform their own wiring. But if circumstances have forced you to install your own breakers and panels, you may wonder whether the ground and neutral go on the same bar. This question matters because it affects your safety. Some people connect these wires to the same bar because it is neater and more straightforward. Others discourage this practice because they think it’s dangerous. Are they right?

Do Ground and Neutral Wires On Same Bar?

You can connect ground and neutral wires on the same bar in the main panel but not in the sub-panel. The main panel needs a neutral for the current to flow through the circuit and a ground wire to provide protection in the event of a ground fault. You can configure the panel without a ground wire, but that leaves you vulnerable to electrocution and fires if a malfunction or short circuit occurs.

The average circuit has hot, neutral, and ground conductors. They all play different roles, which is why joining the neutral to the ground is so dangerous in some situations.

The hot wire is black. It brings electricity from the main panel to your appliances. The hot wire doesn’t necessarily matter to the neutral/ground wire debate. But you have to understand the hot wire’s function before making sense of the neutral and ground wire.

The neutral wire completes the circuit by taking the current back to the panel. In other words, it is energized. In many cases, the neutral wire is just as dangerous as the hot conductor.

The ground wire is different. This conductor is designed to provide an alternative path for excess current when a malfunction occurs. On most days, it doesn’t carry any electricity, so you can touch it without receiving a shock.

The last thing you would want is to connect the ground and neutral wires because doing so would cause some of the neutral’s current to flow through the ground, making it a threat to anyone unfortunate enough to touch it.

Does that mean the ground and neutral should stay away from one another? No, it doesn’t. A neutral wire connects to the neutral bus bar of the breaker box.

Therefore, you wouldn’t be wrong in saying that the neutral and ground wires connect to the same bar. But you should only do this on the main panel.

Ground and Neutral Wire On Same Bar In Main Panel

But you cannot connect the neutral and ground wires anywhere else. Doing so will create a second path for the current to flow back to the panel. This will energize the grounding wire even though a malfunction or a short circuit has not occurred.

Instead of protecting you from electrocution, the ground wire will shock you. You can probably understand why the 2008 NEC encourages homeowners to keep the neutral and grounding separate.

Ground and Neutral To The Same Bar in Sub Panel

The neutral wire carries the electricity back to the panel. It creates the only return path for the current. This is why the neutral wire is so dangerous. The conductor has a current.

The ground wire is different. It is only energized when a malfunction, short circuit, or ground fault occurs. At that point, it will redirect the current that would typically shock you to the earth.

Excluding those rare moments, the ground is not energized. But what happens when you connect the neutral wire to the grounding in a subpanel? Some of the current in the neutral conductor will flow through the grounding, making it an electrocution hazard for anyone that touches the wire.

Don’t forget: ground wires are easier to access than their neutral counterparts. Some people run them through conduits. But many contractors prefer to leave these bare wires exposed. This doesn’t concern homeowners because the ground wire is only energized when a surge occurs.

But if you connect the grounding and neutral wires to the same bar in a subpanel, you could kill someone. If that doesn’t worry you, the breaker is another significant concern.

Because the current is returning to the panel via two different paths, the breaker may trip in response to an overload. As you can see, this practice is dangerous.

The NEC is quite clear on this issue. They don’t want to see the neutral and ground on the same bar in a subpanel.

What About Mixing Ground and Neutral On Same Bar in Breaker Box?

The same rules apply whether you call it ‘Breaker Box’ or ‘Main Panel.’

They don’t want laypeople to tamper with the breaker box. The breaker box brings electricity into your home. Touching the wrong component could kill you. Let the electrician solve the problem.

Why Is Ground and Neutral On The Same Bar?

People connect the neutral and ground to the same bar in a panel because it is the cheaper option. However, this configuration is not always safe.

Everyone knows that you can’t connect the neutral and ground wires in a subpanel. But that is not the only important consideration.

You have to make a neutral–ground connection at the first service disconnect point if you only have phase and neutral wires.

However, where your contractor provides phase and neutral wires as well as a ground wire at the first service disconnect point, you don’t have to create a neutral–ground connection.

If those statements do not make any sense to you, don’t tamper with the wires because you don’t know what you’re doing. You may incur hefty penalties, especially if you live in a region where the authorities prohibit people without licenses from performing electrical repairs and installations.

What Happens If Ground and Neutral Are Wired On The Same Bar? Is It Safe?

Nothing would happen if you wired the neutral and ground to the same bar in the main panel. You are supposed to connect these conductors to the same bus bar in the panel that has the main breaker.

The practice is only problematic when using the same bar in a subpanel. You don’t want the ground to carry electricity unless a surge occurs. When things go wrong, you expect the ground wire to create a path of least resistance for the excess current.

But if you connect the ground and neutral wires to the same bar in a subpanel, the grounding and neutral conductors carry the current back to the panel.

This shouldn’t happen. The neutral wire will provide the only path back to the panel in an ideal situation. A neutral–ground connection should worry you because this scenario will energize the ground wire, enclosure, and every other component bonded to the subpanel.

The ground wire will turn your entire electrical system into a shock hazard by energizing the metallic components.

What Does The NEC Say About It?

The NEC wants contractors to connect the neutral and ground conductors to the neutral bus bar in the main panel. They also expect to see a connection between the neutral bar and the grounding electrode.

When Do I Need To Separate Ground and Neutral?

You can leave the neutral and grounding alone if your contractor connected them to the same bar in the main panel. You should only act if you find the connection in the subpanel.

A neutral–grounding connection in the subpanel is unsafe. Call an electrician and ask them to place the ground and neutral wires on separate bus bars. If you want to perform this task yourself, don’t forget to de-energize the circuit.