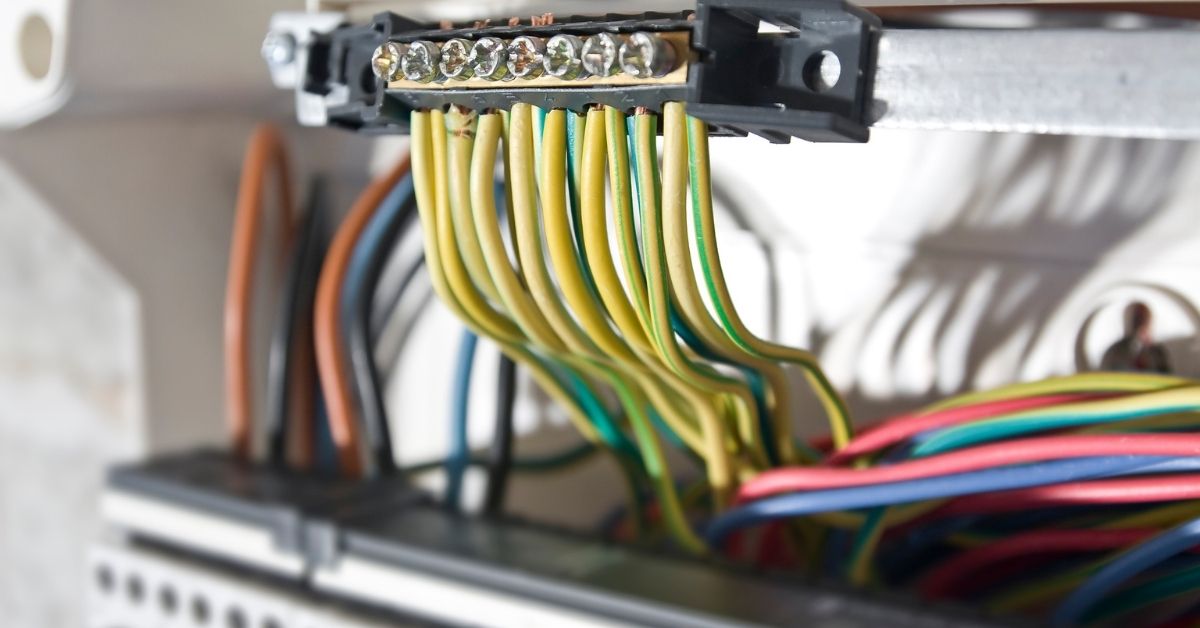 People confuse the ground and neutral wires. The fact that the neutral wire is sometimes called the ‘Grounded’ wire doesn’t help matters. However, don’t be so quick to connect these two wires. As you will soon see, the practice is dangerous.

Can I Connect Ground To Neutral?

Connecting Ground wire to neutral makes the ground wire hot whilst also increasing the likelihood of an electrical shock. Most circuits use three wires: hot, neutral, and ground. The hot wire is the most dangerous conductor because it is always live. If you touch a bare hot wire, it will shock you.

Hot/live wires are normally black. Though, some regions use red, yellow, and even blue. The neutral wire is normally white. The ground wire is green. It is also the least dangerous.

People mistake the neutral and ground wires for one another all the time. To understand why you cannot connect the ground to the neutral wire, you must first understand the roles they play.

To operate an appliance, you need both hot and neutral wires. You don’t need the ground wire. The hot wire brings the current to the appliance and then the neutral wire carries it back to the electrical panel, completing the circuit.

If you have ever lived in an older home, you probably noticed that it only had two wires: the hot and the neutral. The grounding wire was introduced at a much later date. It doesn’t carry any current, not under normal circumstances.

When a malfunction occurs, any surge of electrical current that would normally shock the consumer is redirected through the ground wire. The ground wire is essential to appliances with metal cases.

If the metal case becomes energized because it touched a broken live wire, the ground wire will direct the current away from the metal case and back to the panel where the breaker will trip.

So, what happens when you connect the ground and neutral? As you have now learned, the ground doesn’t carry electricity unless things go wrong, in which case, it will direct the dangerous current back to the panel. But if the neutral and ground are connected, the ground will start carrying electricity all the time. All three wires will become electrocution hazards.

What Happens If I Connect Ground Wire to Neutral?

The ground is supposed to protect you by providing a path for the current to follow to the earth.

In other words, rather than drawing current away from the case, the ground could energize the metal case with the return current. Touching the metal case in such a scenario would complete the circuit, resulting in a shock.

Can I Connect Neutral To Ground?

Connecting the neutral to the ground makes the ground a live wire. The neutral carries the current back to the panel. But the ground doesn’t carry a charge, not unless something has gone wrong (such as a short circuit) and it has to direct wayward electricity away from the metal case of an appliance.

Technically you can plug neutral to the ground but the practice is discouraged because it is dangerous. This introduces so many risks.

What Happens If You Connect Neutral Wire To Ground?

People rely on the ground to defend against deadly shocks because it offers the path of least resistance. Therefore, if you connect the neutral to the ground, most current passes through the ground. This makes an electric shock more likely, especially if the connected appliance is defective.

This practice is most dangerous in domestic settings because they use single-phase current. It isn’t an issue in industrial applications. They use a 3-phase current.

Why Do We Connect Neutral Wire To Ground?

But even if you can successfully trick the inspector, the practice is dangerous for all the reasons stated above. You are better off sticking with a 2-prong outlet or installing a GFCI outlet.

Considering all the dangers of connecting grounds and neutrals that have been detailed above, you might assume that it is never acceptable to connect the ground and the neutral. But that isn’t true. It is common practice to connect the neutral and ground wires at the service panel after which the wires are connected to a grounding electrode.

You must learn to differentiate between the main panel and a subpanel because the neutral and ground should never connect in a subpanel. The main panel is easy enough to spot because it has the main breaker, the large one that switches the power off.

Subpanels, which are normally downstream from the main panel, are powered by wires from the main panel. WayPoint Inspection does not like the idea of connecting the ground and neutral on the same bus bar in a subpanel because the neutral is supposed to provide a single return path for the current.

Where To Connect Neutral and Ground?

Why not Use Neutral As Ground?

For instance, if you connect a freezer to a defective outlet whose neutral has been engineered to work as the ground, you could energize the freezer’s metal body. What does this mean? If you touch the freezer, it could shock you.

Can I Put Ground and Neutral Together?

You shouldn’t wire the ground and neutral together. The practice is far too dangerous. If you want to compensate for the absence of ground, rather than using a jumper wire to create a bootleg ground, install a GFCI.

The NEC approves of this solution. If you don’t have ground wiring in your home, add a GFCI but do not connect the grounding terminal screw.

You have to warn people by placing a label on the GFCI. They need to know that you don’t have a ground. You could also install grounding wires in your home. It is the safer option.

How To Wire Ground and Neutral Wire Together?

All you need is a jumper wire. Use it to connect the neutral and ground screw.

People do this in 2-prong receptacles to ground them. But as you now know, the practice is dangerous.

If you have a GFCI receptacle on your circuit, the bootleg ground may prevent the GFCI from tripping. It won’t allow the GFCI to protect your home’s inhabitants and their equipment from ground faults.

Reasons Why Ground And Neutral Are Tied Together