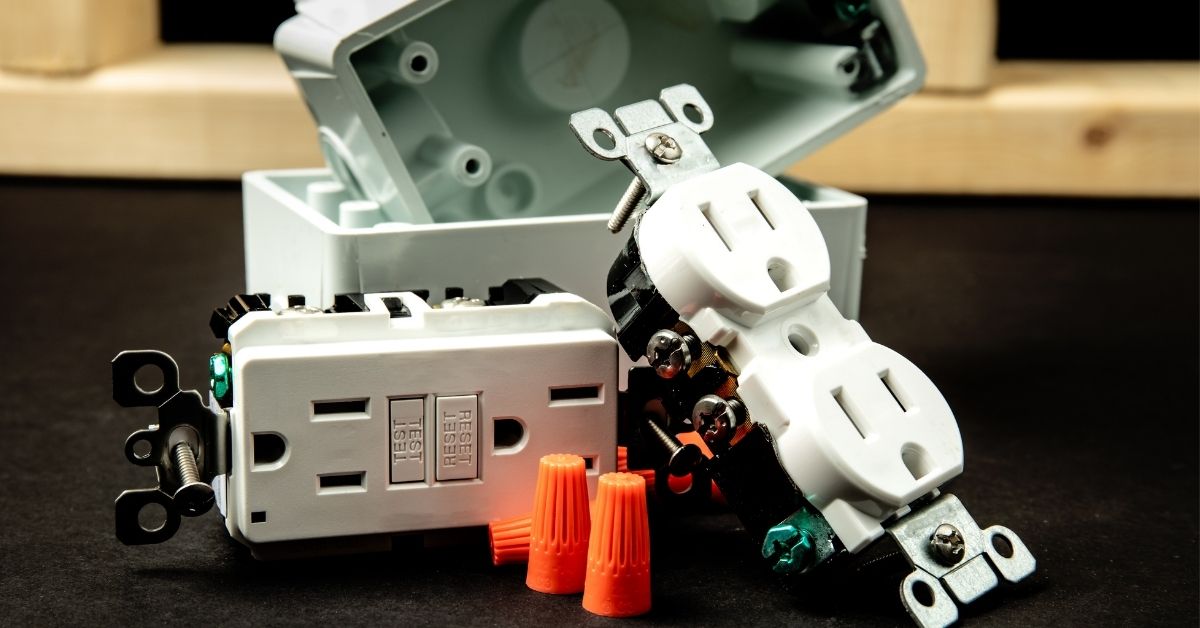 Does your GFCI need a neutral to work? What if you have multiple GFCIs? Can they share a neutral? Most people do not know enough about the workings of their GFCIs to answer these questions and more. But the answers to these questions matter.

The NEC expects you to install GFCI outlets in places where the outlets are exposed to water. That includes bathrooms, kitchens, and pool houses.

Does A GFCI Need Its Own Neutral?

For the best results, each GFCI need its own neutral. A GFCI with a shared neutral is more likely to trip even though a ground fault hasn’t occurred.

Does A GFCI Without A Neutral Work?

If the appliances and devices you want to operate do not use a neutral, your GFCI will work without a neutral. You don’t need a load neutral for your GFCI when the equipment you want to run doesn’t have one either.

What Does Open Neutral Mean On GFCI?

Neutral is the white wire that leads back to the panel, completing the circuit. The term ‘Open Neutral’ refers to a situation where the neutral wire breaks or disconnects.

This is a problem because the current will continue to flow but it won’t make it back to the panel. A GFCI with an open neutral is unlikely to work.

An open neutral is dangerous because the current is still flowing which means that, depending on what you touch, the outlet can still shock you.

How Do You Fix Open Neutral?

You don’t need to fix open neutrals because finding the source of an open neutral is challenging. You can try inspecting the GFCI but you may not locate the cause of the open neutral. If you don’t want to hire an electrician to find and solve your open neutral GFCI problem, you should just replace the GFCI receptacle in question.

This refers to multibranch circuits with two or more hot conductors that have a common neutral.

Sharing a neutral between two GFCI breakers is a bad idea because the total neutral currents of the two circuits will cause the GFCI to trip. Sharing the neutral on the GFCI output is also problematic because the GFCI won’t work.

What Is The Use Of Neutral On GFCI?

How To Wire Neutral?

The average circuit has a hot wire that connects to the brass-colored terminal (Line) of a GFCI. A GFCI needs hot and neutral wires to work. The hot wire sends the current out.

How To Wire A GFCI Outlet With Hot Wire?

The hot wire is black or red. Strip the wire and connect it to the hot terminal. It is brass-colored.

You can wire a GFCI with two hot wires by slicing the hot wires and tying them in a pigtail. Attach the pigtail to the hot terminal. People in places like the US shouldn’t wire GFCIs with two hot wires. You could start a fire. You are better off capping off one hot wire and using the other one alone.

Where Does The Hot Wire Go On A GFCI?

This means that the GFCI was wired backwards, that is to say, you reversed the line and load.

What Happens If You Wire A GFCI Backwards?

Connecting wires to the wrong terminals in a normal outlet could kill you. This is because it will reverse the polarity, energizing the wrong components of your equipment, components you may touch, getting electrocuted in the process.

The Spruce warns against incorrect wiring.

In a GFCI, backward wiring won’t damage the receptacle. But GFCI won’t work. You can’t reset a GFCI that has been wired backwards.

If you measure the voltage using a tester, you will notice that the current isn’t flowing. You cannot trust a GFCI in such a condition to protect you. It cannot trip in the event of a ground fault.

What Does Reverse Polarity Mean On A GFCI?

This is dangerous because electricity is always flowing out of the outlet.

The fact that the connected appliance is off doesn’t make a difference. If you mishandle that appliance because you think it is off and, thus, safe, it will shock you. The GFCI will look like it is defective even though it is fine.

Many GFCIs have features that prevent them from tripping if they are miswired. Because reverse polarity is caused by incorrect wiring, your GFCI is unlikely to work.

How Do You Fix Reverse Polarity On A GFCI Outlet?

However, I do not want you to tamper with an outlet that was poorly wired because you could electrocute yourself. You also have to note that some regions do not use the same colors to refer to the hot and neutral wires.

In other words, you may confuse the two. You are better off hiring a professional electrician to solve this problem for you.

A three-light tester will show ‘Hot/Neutral Reverse’ if you attempt to trip an ungrounded GFCI. If your GFCI isn’t defective and you trust the tester, you have to consider the possibility that the receptacle was miswired.

What Happens If Neutral and Hot Are Reversed?

The appliance that is plugged into an outlet where the hot and neutral are reversed may shock you. For instance, most consumers know that it is dangerous to stick a fork inside a toaster when the appliance is active.

This is the worst-case scenario. In some situations, nothing happens. It depends on the appliance.

How To Fix Hot/Neutral Reverse GFCI?

What Does It Mean When It Says Hot/Ground Reverse?

If your readings say ‘Hot/Ground Reverse’, you can comfortably conclude that something has gone wrong with the neutral conductor. The conductor could be damaged, absent, or simply loose.

Solving the problem isn’t always a simple matter of opening the affected receptacle. Sometimes, the problem is located elsewhere within the circuit. Tracking the fault down takes time. You may have a single fault or multiple faults.

A tester cannot identify the problem for you. At its core, it simply looks at the relationship between the various conductors (Hot, Neutral, and Ground).

If your multimeter is showing ‘Hot/Ground Reverse’, potential causes include a missing neutral wire and poor insulation. Damage and worn-out wires can produce similar results.