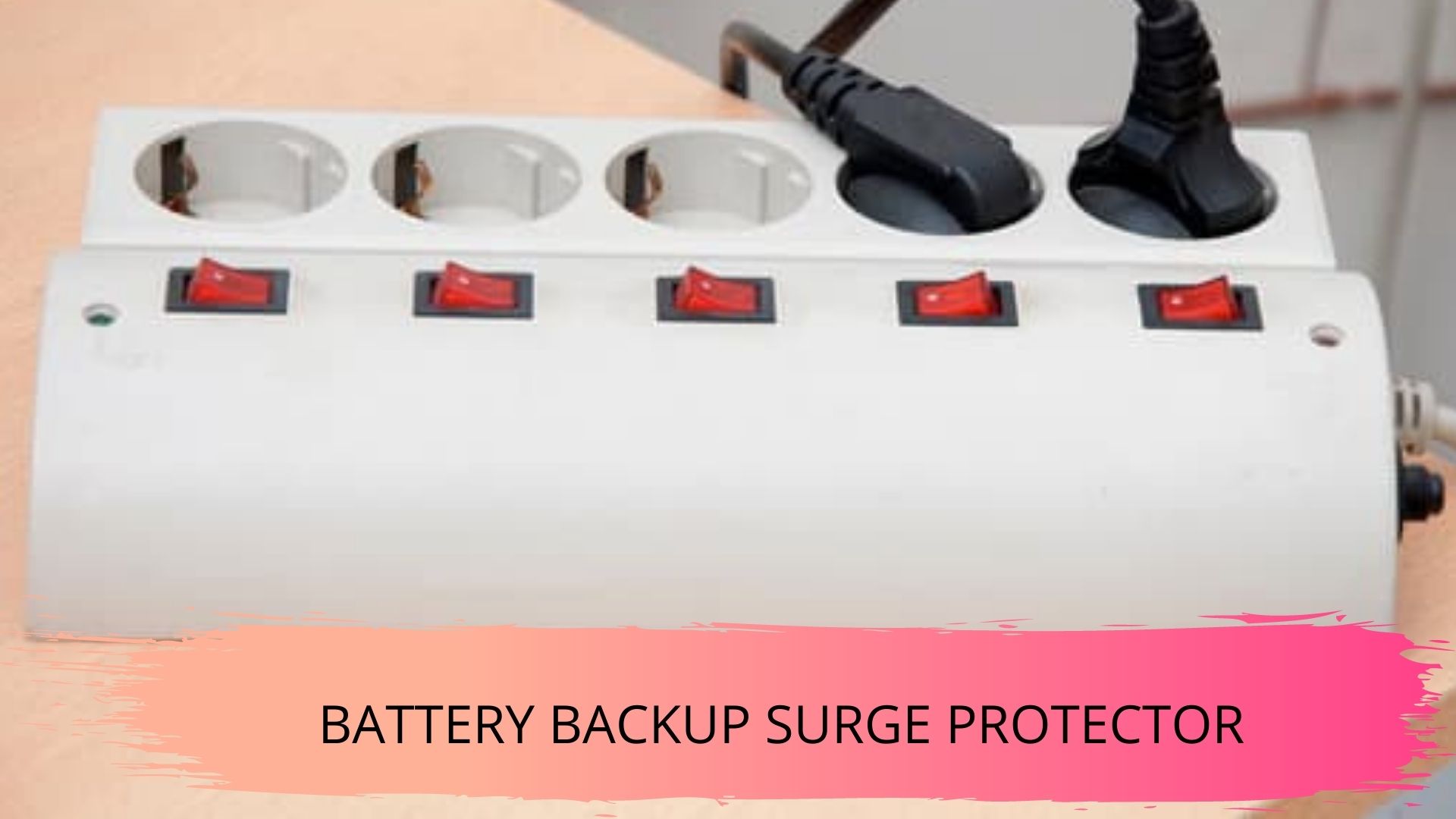 Every person with a computer is encouraged to invest in a battery backup surge protector. But these devices are not cheap, which is why some people want to know how long they last before they buy one.

You can use the average battery backup for more than five years. However, you have to replace the batteries every two to three years. A bad battery can reduce the life expectancy of your UPS.

Surge Protection For Your Electronics

Surge protectors are relatively cheap. According to BWS, they use MOVs (Metal Oxide Varistors) to protect electronic devices from spikes in voltage. Suitable for most appliances, a massive electrical surge can overwhelm them.

It is also worth noting that each surge they encounter makes them less effective. They are supposed to protect your electronic devices by tripping, and they can do this even when a strong surge like the one from a lightning strike occurs.

In other words, you won’t know that your electronic devices are vulnerable to surges until a spike in voltage destroys them.

Battery Backup For Your Electronics

The most common tool for providing backup power to a computer is a UPS (Uninterruptible Power Supply). A UPS isn’t an alternative source of power. This device is supposed to keep your computer on long enough for you to save your work.

Even though modern computers are designed to provide a measure of protection against blackouts and surges, Rob Rankin wants people to realize that a sudden loss of power can still cause sensitive components like the hard drive to crash.

A UPS has a battery. It switches to this battery the moment you lose power, using it to keep your computer on until you can safely shut it down. As How-To Geek has emphasized, a UPS will ensure that your machine never loses power, not even for a moment. However, as was noted above, this device is not an alternative power source.

The average battery backup can only provide power for a few minutes, possibly even an hour. You cannot use it in the place of a generator.

Should You Buy a Surge Protector or a Battery Backup?

On the surface, surge protectors and battery backups look like they are completely different devices. However, you have to keep two things in mind:

1). Power Strips – First of all, you have to differentiate between surge protectors and power strips. A power strip is a mere extension of a wall outlet. If your computer is plugged into a power strip, that power strip cannot provide any surge protection unless its manual tells you that it has a circuit breaker.

2). Battery Backup Surge Protector – Even though it is primarily known as a battery backup, the modern UPS offers basic surge protection. It can respond to brownouts, blackouts, and sags. The best backups can ensure that the current flowing to your electronic devices is clean.

You can use a decent battery backup for over five years. In fact, if you maintain it properly, you can use a UPS for ten years or even longer.

But this shouldn’t excite you. Even though a UPS can last a long time, the battery that stores its power has an average lifespan of 2-3 years. Infosec is certain that such a battery can last for five years in the right conditions.

But 2-3 years is the most common estimate. However, this shouldn’t concern. You can replace UPS batteries when they wear out. This is what most people do. If you replace the batteries every 2 to 3 years, you can keep your UPS operational for a decade or longer.

But you have to keep two things in mind:

1). Compatibility – Do not assume that every battery on the market is compatible with your UPS. People buy new batteries every day only to realize that they do not fit their UPS. It is also worth noting that there is a risk associated with buying new batteries for a UPS that has been in use for 5-8 years.

A UPS that you have used for such a long time is most likely in the final stages of its life. If you buy new batteries for the UPS, and then the UPS dies some weeks or months down the line, the chances of your new batteries fitting the new UPS you will eventually buy are quite low.

Many people prefer to buy new battery backups every 2-3 years because the cost of some batteries is no different from the cost of a new UPS.

2). Quality – If you have decided to buy a new battery, you are encouraged to prioritize genuine models. If at all possible, try to purchase batteries made by the same company that made the UPS. Do not forget that some companies buy old batteries. Don’t be so quick to throw your old UPS battery away.

Why Does Your UPS Battery Keep Dying?

The life expectancy of a backup’s battery is affected by factors such as:

The number of discharges can have a negative impact on the battery’s life. The higher this number, the shorter the life expectancy of this component.

Batteries are supposed to charge at a particular rate. If you exceed that rate, the battery will generate too much heat and that will affect its lifespan.

You have to inspect your battery occasionally. Keep an eye out for anomalies. Otherwise, problems such as corrosion and leakages will develop. If they go unnoticed, they will get worse, drastically reducing the life expectancy of the battery.