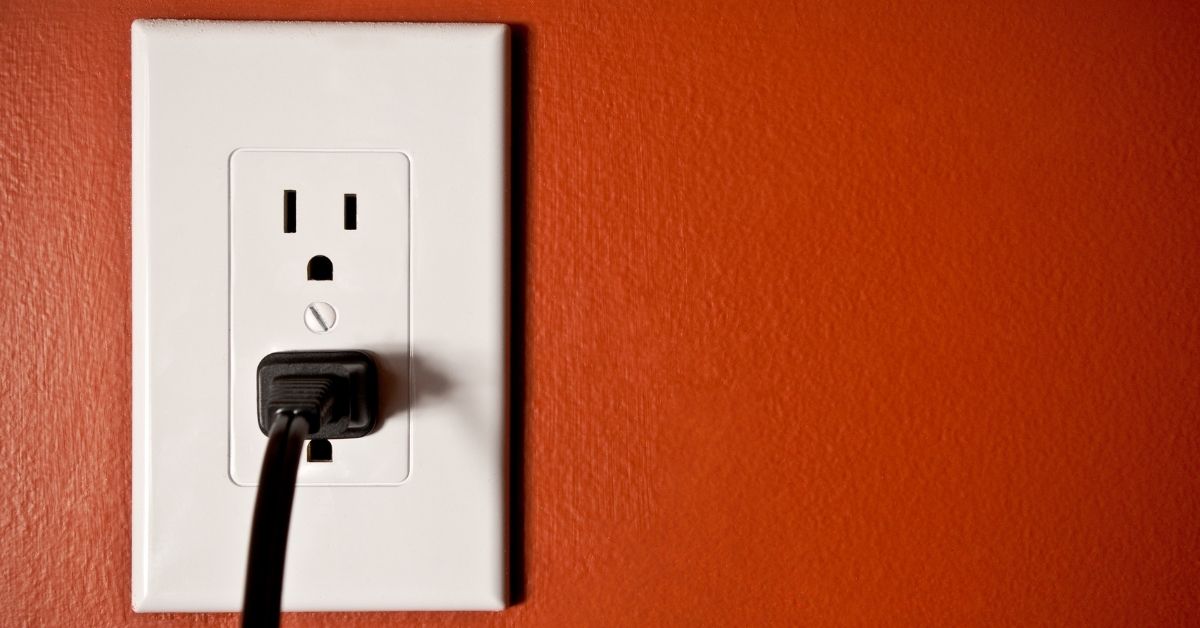 Are outlets all the same? Can they all handle the same amount of electrical current? This line of thinking matters to every homeowner because it will affect the number of devices you can safely plug into the outlet.

How Many Watts Can An Outlet Handle?

How Many Watts Can A 110V Outlet Handle?

How Many Watts Can A 120v Outlet Handle?

How Many Watts Can A 220v Outlet Handle?

How Many Watts Can A 240V Outlet Handle?

The Learn Metrics website has a convenient tool that people can use to convert amps to watts.

You can make the calculations by simply moving the slider or entering the relevant figures in the fields provided.

You can also refer to a table that has a list of amps and their corresponding watts depending on the voltage. If you don’t want to do the necessary calculations, these tools will simplify things for you.

It is worth noting that a lot of people do not follow the 80 percent rule. Most of them argue that the rule is more of a guideline than a regulation that has to be strictly followed.

They agree that a circuit breaker is designed to carry 100 percent of its current rating, so they can’t be bothered to apply the NEC’s 80 percent rule.

Keep in mind that the 80 percent rule applies to continuous loads.

EC&M describes a continuous load as a load that will continue to draw the maximum current for at least three hours. The load will do this without interruption. The NEC wants a circuit to be 125 percent of the continuous load.

Finding How Many Watts Can An Electric Outlet Handle

If you want to know how many watts your outlet can handle, figure out the number of watts the circuit can handle. The amperage of the circuit will tell you the maximum amount of electricity you can pull from an outlet.

Calculating the number of watts your outlet can handle is quite easy. However, you have to pay close attention to the voltage because it will affect your calculations. At the end of the day, all you need to know is the amperage of the circuit.

The rating of a circuit is measured in amps, not watts

If you don’t exceed the circuit’s amp rating, you won’t overload the outlet because the wiring is designed to carry any current that falls within the limits of the circuit’s rating. But the voltage can change things.

You can plug an appliance that uses 12.5 amps in an outlet on a 20A circuit.

But in several European nations, they use 230v rather than 120v. The wiring in those countries reflects that voltage. Therefore, you have to divide 1,500 by 230v, which gives you 6.5 amps.

You can also go the other way, that is to say, you can turn amps into watts.

For instance, How Stuff Works gives the example of an American consumer that wants to decorate their home with holiday lights that are expected to use an estimated 2000 watts.

To determine whether or not the circuit can handle those 2000 watts, you have to divide 2000 watts by the voltage.

American households use 120 volts. That gives you 16.6 volts.

If your outlets are attached to a 20A circuit, you can use those holiday lights without overloading the circuit and its outlets.

Though, you cannot forget that regulations in the US prohibit consumers from using more than 80 percent of the available current. In other words, on a 20A circuit, you can only use 16 Amps.

But even then, your 2000W holiday lights are still within the limit.

Though, if you follow the rule mentioned above where consumers are prohibited from using more than 80 percent of a circuit’s capacity, a 15A circuit only offers 1,440 watts, which is slightly less than 1,500 watts.

Most homes use 15-amp circuits, which means that most homes provide roughly 1800 watts through their outlets. In that regard, you can safely conclude that your home’s outlet can handle 1800 watts. Though, once again, if you consider the 80 percent rule, then 1800 is too high.

This isn’t the case with a 20A circuit because, even at 80 percent, you have 1,920 watts to use. Therefore, if you want to use your outlet to draw 1800 watts, make sure you have a 20A circuit.  Otherwise, in the case of a malfunction, you may overload your circuit and its outlets.

Is The Outlet Handling Capacity The Same In Different Countries?

The voltage is going to vary from country to country, which means that the amount of power coming out of an outlet will also vary accordingly. For instance, Algeria and Afghanistan use 220v. Bermuda, Cambodia, and Canada use 120v.

You cannot plug an ordinary American appliance into an outlet in the UK because the US uses 120v whereas the UK uses 220/240v. You have to place a stepdown transformer between the US appliance and the UK outlet.

Otherwise, the elevated voltage will cause the American appliance to burn out unless it was designed to use a wide variety of voltages.

What happens If an Outlet Exceeds Its Capacity?

Circuit breakers are rated for current, which is measured in amps. Most households have 15 or 20-amp circuits. A circuit’s amperage tells you the maximum amount of power it can safely transmit.

If your appliance is drawing more power than the circuit can handle, the breaker will trip.

For instance, running equipment that requires 20A on a 15A circuit is dangerous. The equipment will overwhelm the circuit.

If the breaker doesn’t trip, the wires will overheat, starting a fire

Outlets transmit the power that an appliance uses. However, they are not the source of that power. They merely bridge the gap between the appliance and the circuit.

The wiring between the outlet and the breakers is vital.

If you install a larger breaker without replacing the wiring, you could start a fire because the wiring is carrying too much current. It will overheat.

You probably think that you don’t need to know how outlets work and how much power they can handle. But that attitude is wrong. According to Home Serve, many people die from fires that were started by overloaded outlets every single year.

If you don’t know the number of watts your outlet can handle, you will eventually overload it. The thing that becomes overloaded when you plug too many appliances into an outlet is the circuit. This is what you should remember