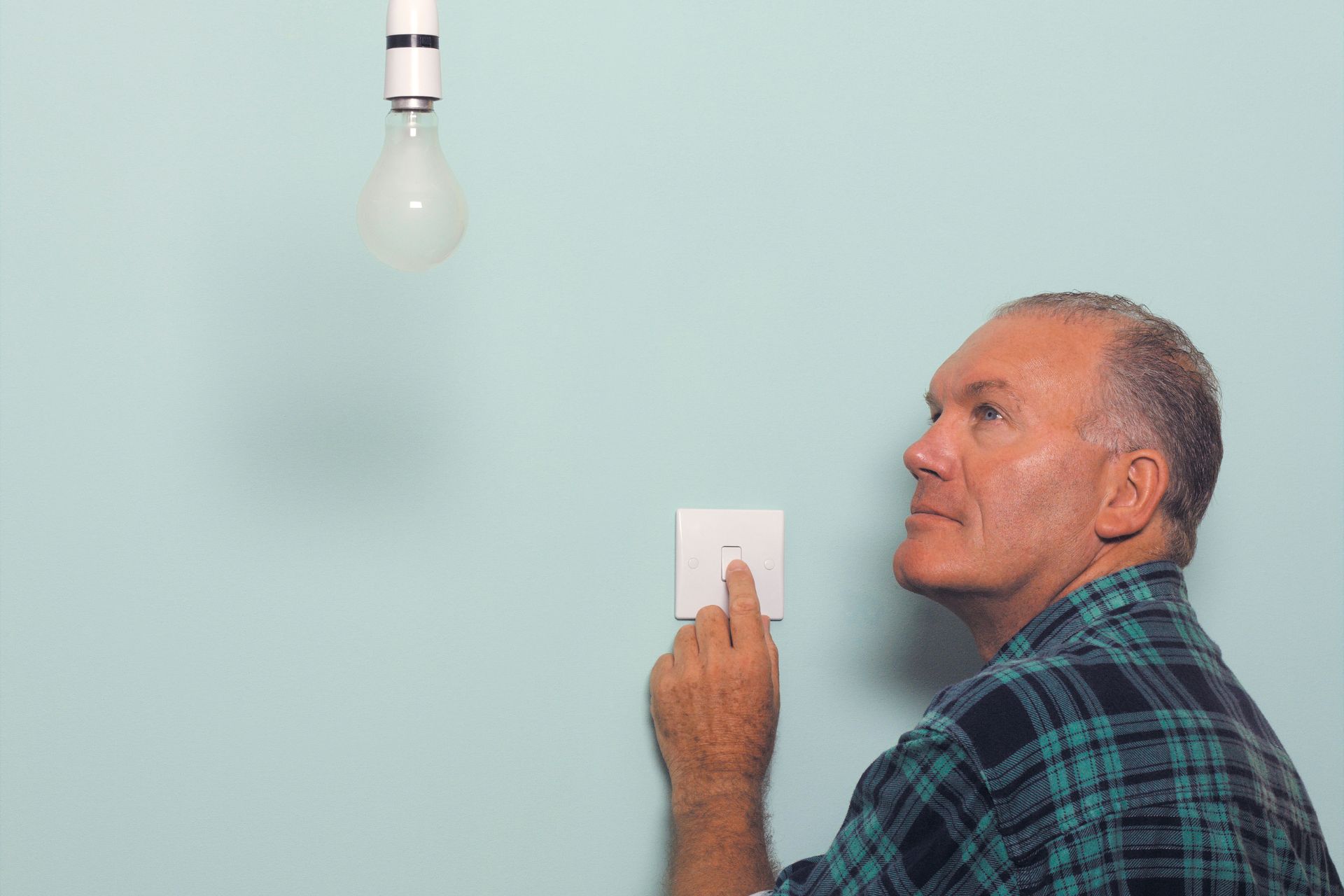 Many owners have a vague understanding of light switches and the best way to wire them. But can they apply that knowledge to light switches in Australia?

How To Wire Light Switch In Australia?

Light switches in Australia are no different from light switches in any other country. However, I do not want you to tamper with these devices. At the very least, I discourage laypeople from performing electrical installations and repairs because the practice is illegal.

Apparently, you need a level 2 electrician to change a light switch. This is because the task is dangerous, and the government wants to avoid fires and electrocution.

A licensed electrician will cost you $200 or less, depending on the challenges associated with your light switch installation. But what if you’re determined to perform this task yourself?

The local authorities may fine you as much as $22,000. In Queensland, that figure jumps to $600,000 for individuals that cause injury or death by performing electrical works without a license.

If the culprit is a corporation instead of an individual, the local government will fine you $3,000,000. As you can see, illegal electrical works are not worth the hassle.

Some homeowners fall prey to these hefty fines because they downplay light switch repairs and installations. However, any attempt to fix or install a light switch is illegal.

You are better off finding and hiring a licensed professional. But if you have the relevant licenses, light switch repairs and installations are not a challenge. You can follow most of the same conventions technicians in other regions use.

Although, some Australian electricians use the term ‘Active Wires’ to refer to live conductors. Additionally, they are more likely to call the grounding ‘Earth Wires.’

Don’t expect the color schemes to stay the same. Australia associates brown with hot, blue with neutral, and green (and yellow) with earth wires. This applies to single-phase cabling.

Where three-phase wiring is concerned, you have green and yellow for the earth, brown for phase 1, black for phase 2, grey for phase 3, and blue for the neutral.

Older homes associate red with the active wire, black with the neutral, and green with the earth wire. I also want you to check with local authorities beforehand.

These bodies have websites that keep people abreast of changes in the wiring color standards. Color codes are more important than some consumers realize. It isn’t just a question of adhering to the relevant laws and regulations.

The colors will tell you what the wires do. As such, if you get the colors wrong, you will wire your light switch the wrong way. Incorrect wiring exposes consumers to fires and electrocution hazards.

A one-way switch has two terminals as opposed to the three you see in a two-way switch. It uses specific on and off terminals that either break or connect a circuit depending on the action you’ve taken.

Sockets and switches have published a wiring diagram that savvy consumers can follow if they want to install a one-way light switch. The process involves the following:

2). Use a screwdriver to remove the screws holding the cover in place.

4). Use a voltage tester to check the wires. Do they have a current? Don’t tamper with the light switch if the hot wire is still energized. If you share your home with friends and family, put a label on the panel discouraging them from turning the power back on.

They may do so not out of malice but because they don’t realize that you’re replacing the light switch. All they know is that the power suddenly went out.

5). Pull the switch out of the box and disconnect the wires from their terminals. If you’ve never replaced a switch, take a picture of the wires before disconnecting them. This will act as a reminder, just in case you forget where each wire goes.

6). Insert a new switch. You can follow a similar procedure if you want to install a light switch in a room that does not have one. An electrician will install the electrical box before pulling the wires through.

You will see these wires in the box. If they are folded together, separate them and identify each wire.

7). Loop each wire around the correct terminal. The ground wire goes to the green screw. Make sure the screws are sufficiently tightened. Give each wire a gentle tag before moving on.

8). Put everything back. Apply the screws to the cover and turn the power on. Test the switch.

Two-way switches are convenient. If you’ve ever climbed a staircase in the dark because the light switch was at the top, your home needs a two-way light switch.

Two-way switches allow consumers to control the same light using two different switches. For instance, in the case of a staircase, you can install one switch at the top and another switch at the bottom.

This allows you to switch the light on or off from either location. Two-way switching uses a COM, L1, and L2 terminal. You have two primary options for wiring a two-way switch:

1). Electronics Hub has published a schematic showing the standard method for wiring a two-way switch. You will notice the following:

2). The second wiring method varies drastically from the first. You typically see it in older structures. This is what you can expect:

Most electricians do not recommend this method. It is outdated, which is why it typically appears in older homes. Although, you may also find it in industrial settings.

I suggest you watch this video for a better insight!

1). Run a wire from the power source into the box with the switch. Pull that same wire to the bulb before terminating the conductor at the other switch.

2). Run the wire from the power source to the light. From there, you can guide the conductor to one of the switches and then the other.

3). Run the wire from the power source to the first switch. Continue to the second switch before guiding the conductor to the light.

As you can see from the diagrams home tips have published, the wiring method you use depends on where the hot wire enters. It can run directly to the light or stop at the first switch before continuing to the bulb.

The wire from the power source can also jump from switch to switch before stopping at the light fixture. Naturally, you have to take all the obvious safety precautions. That includes turning the power off.

WikiHow has provided detailed diagrams for people that don’t understand the difference between the various wiring methods.

Do I Need An Electrician To Wire A Light Switch In Australia?

Yes, you need an electrician. You risk financial penalties of tens of thousands of dollars if the local authorities find you performing electrical work without a license.

That includes wiring a light switch. Check your local regulations for confirmation. More than likely, they will warn you against wiring your switches and outlets in the absence of a licensed electrician.

These regulations are designed to protect laypeople, some of whom have perished in fires they started by tampering with electrical wiring.

Things To Consider While Wiring Light Switch In Australia

If you’re trying to wire a light switch in Australia, try to keep these factors and considerations in mind:

1). Wire Color Codes – What Happens If I Mismatch The Wires?

There is no universal color scheme for electrical wiring. Therefore, if you come from a different country, don’t expect the color codes in Australia to match those in your home country.

Do those colors match the scheme you know? If they don’t, familiarize yourself with these codes. Mismatching the wires can produce disastrous results. For instance, if you reverse the live and ground conductors, you will energize the metal enclosure (if the bulb has one).

If the light uses GFCI technology, the GFCI may trip repeatedly.

2). Do Australian Light Switches Have Neutral – What If There Is No Neutral?

Yes, Australian light switches have a neutral. Modern homes without neutrals are rare. Although, you can find these houses if you go looking for them. If your home doesn’t have a neutral, ask a contractor to install the conductor.

You can also invest in smart switches and smart bulbs that can operate without a neutral.

You can’t perform electrical tasks such as installing a ceiling fan, adding a light fitting, and replacing a light switch.

You have to hire a professional to wire your light switches. Failure to do so will earn you hefty fines, some of which are as large as $600,000.

4). How Much Does It Cost To Install A Light Switch?

Have you considered the cost of installing a light switch? Again, unless you have a license, you can’t perform this task yourself. You require the services of a skilled contractor, which could cost you as much as $90 an hour.

You spend $30 or less on a switch. Although, smart switches are more expensive. You’re looking at an expense of $120.

The complexity matters. A project that requires the contractor to rewire your house will cost you more. You see this in homes that don’t have neutral wires.

You might be surprised to learn that your location makes a difference. First of all, the cost is going to vary. Contractors are more expensive in some places than similar professionals in other regions of Australia.

Secondly, the laws and regulations governing electrical installations and repairs will change. Some locations have heftier fines for performing electrical works without permits than others.