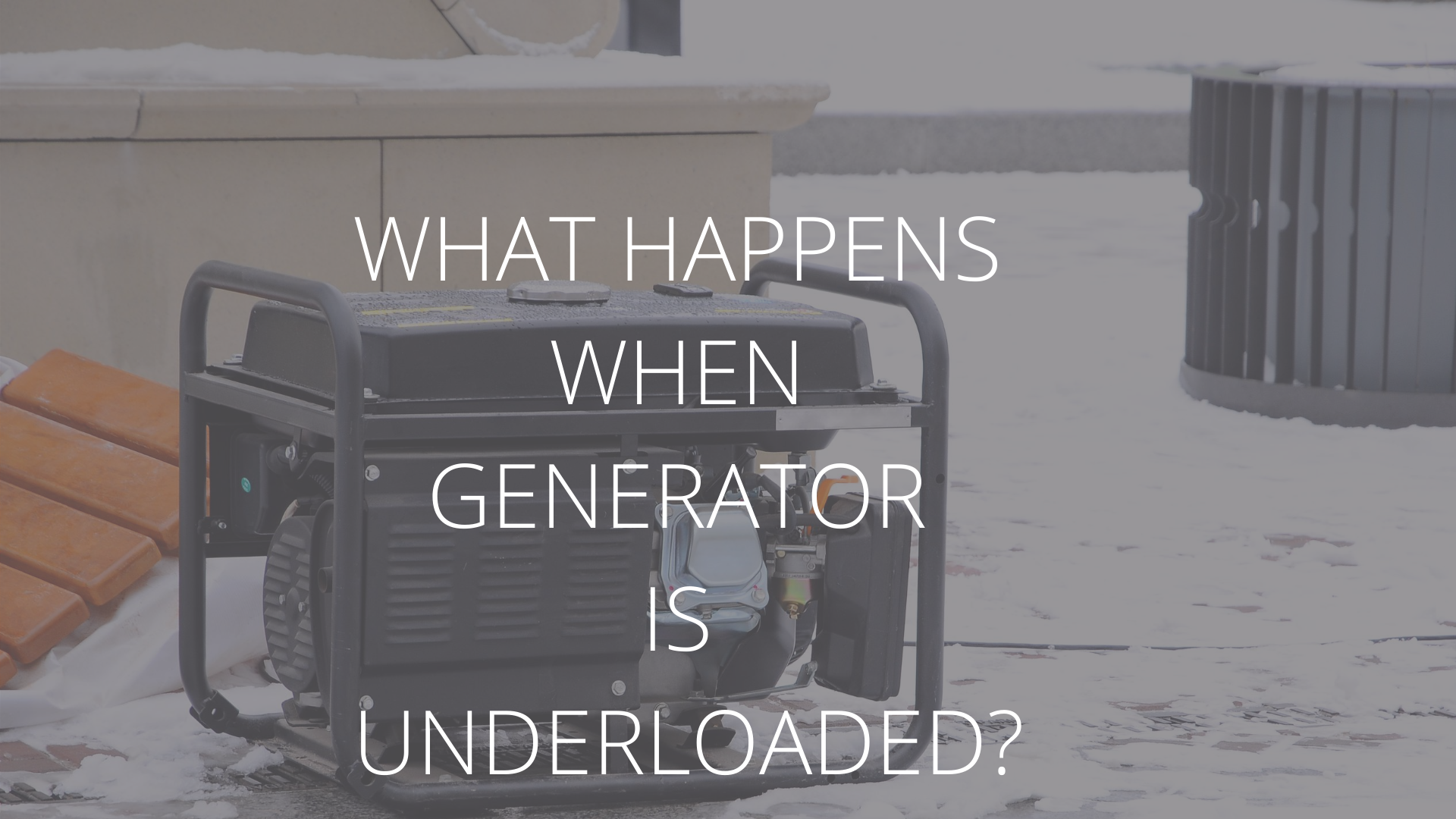 It is usually assumed that a generator that runs on low or no load will save up on electricity and costs. Hence, both residential and industrial usage run on a low load. Common sense would also tell that you should also consume less or no load on a generator. Is It Okay to Run a Generator Without Load?

Generators running without load may cause a lot of problems. These include operational inefficiency, damage, or at worst, complete shutdown causing its failure. As such, it is suggested to not run the generator without any load on it

It is a widely adopted industrial practice to run a generator on a low load for it allows the generator to run without any interruptions for a long period of time. There are many businesses that rely on low-load generators.

Some examples are sports arenas, hotels, sites of camping, and construction sites. Apart from these, households are also heavily relying on low- or no-load generators for their convenience.

These generators come in a wide range; they can either be miniature-sized or gigantic industrial sets. There are certain factors that need to be considered when ensuring the amount of load on which the generator would be run.

It is not advisable to run a generator on low load due to the several reasons mentioned below:

Effects of low load on the generator

1. A decline in the Efficiency

This is a threat to the environment as pollution contributes to global warming.

Hence, in terms of both productivity and environment, a low-load generator is not a good option.

When it comes to a low-load generator, especially when a diesel generator is concerned, the diesel engine doesn’t provide the best life.

When running for long periods of time, the power is strained out of the low-load generator because it is unable to handle the high power.

However, when it comes to high-load generators, ideally those run on a 70 or 80% load, the diesel engine tends to work best.

Another perk of running a high-load generator is that the exhaust temperature is very high, which is enough to keep the cylinders clean.

Moreover, the turbines operate well and fast, and the engine maintains its full power at all times.

The working of an engine is related to the cylindrical pressures. When there is a high cylinder pressure, the engine tends to work best.

When the hot air is compressed to a great degree in diesel engines (which is greater than gasoline engines), fuel is generated inside the cylinder. This reduces the need for a spark plug.

When there is a low cylindrical pressure in a low-load generator, there is poor combustion which lowers the engine efficiency.

When the load is low, engines cool and run at an insufficient temperature that does not create enough combustion. This does not fully burn the fuel. Apart from deposits, it also causes a lot of emissions.

In a low-load generator, the oil performance is very poor. As a result of poor combustion, hard carbon deposits are formed. This can leave an adverse effect on polishing thereby destroying the oil grooves.

There should be a coating of lubricating oil surrounding engine bearings. This also maintains a corrosion inhibitor in the cooling system. As a result, the generator’s life is extended.

When the generator runs on a load which is lower than 50%, there are high chances of unit parts failing which immediately need to be replaced.

This incurs a cost and is time-consuming. Hence, it is better to buy a high-load generator in the first place to avoid any failure and ultimately replacement of component parts later in the generator’s life.

As a result of the above-mentioned occurrences, there can be a damaging effect on the generator. One of the main damages that take place in the generator is that there are inexplicable power losses and poor performance on a temporary basis.

The main cause could be the operational inefficiency and wear and tear or depreciation of components at a very fast pace. This results in a failure of components as mentioned in the last point. The need for the hour comes to maintenance that is not scheduled and the downtime increases.

All in all, in the long-run, this can cause a complete generator failure and replacement is the only solution.

This implies that it is not a wise idea to own a low or no-load generator just for the sake of keeping it running for longer periods of time and keeping the budget low.

Diesel generators comprise of an engine that has almost the same performance as a diesel engine of large vehicles. However, to much dismay, diesel generators are not energy producers. Their only job is the conversion of mechanical energy induced by diesel engines to electrical energy. This implies that a specific load must be attached to these generators for efficient operation.

However, ever wondered about the potential dangers that are associated with running your generator on a low load?

Advice must also be sought from your account manager as to how to run the generator safely.