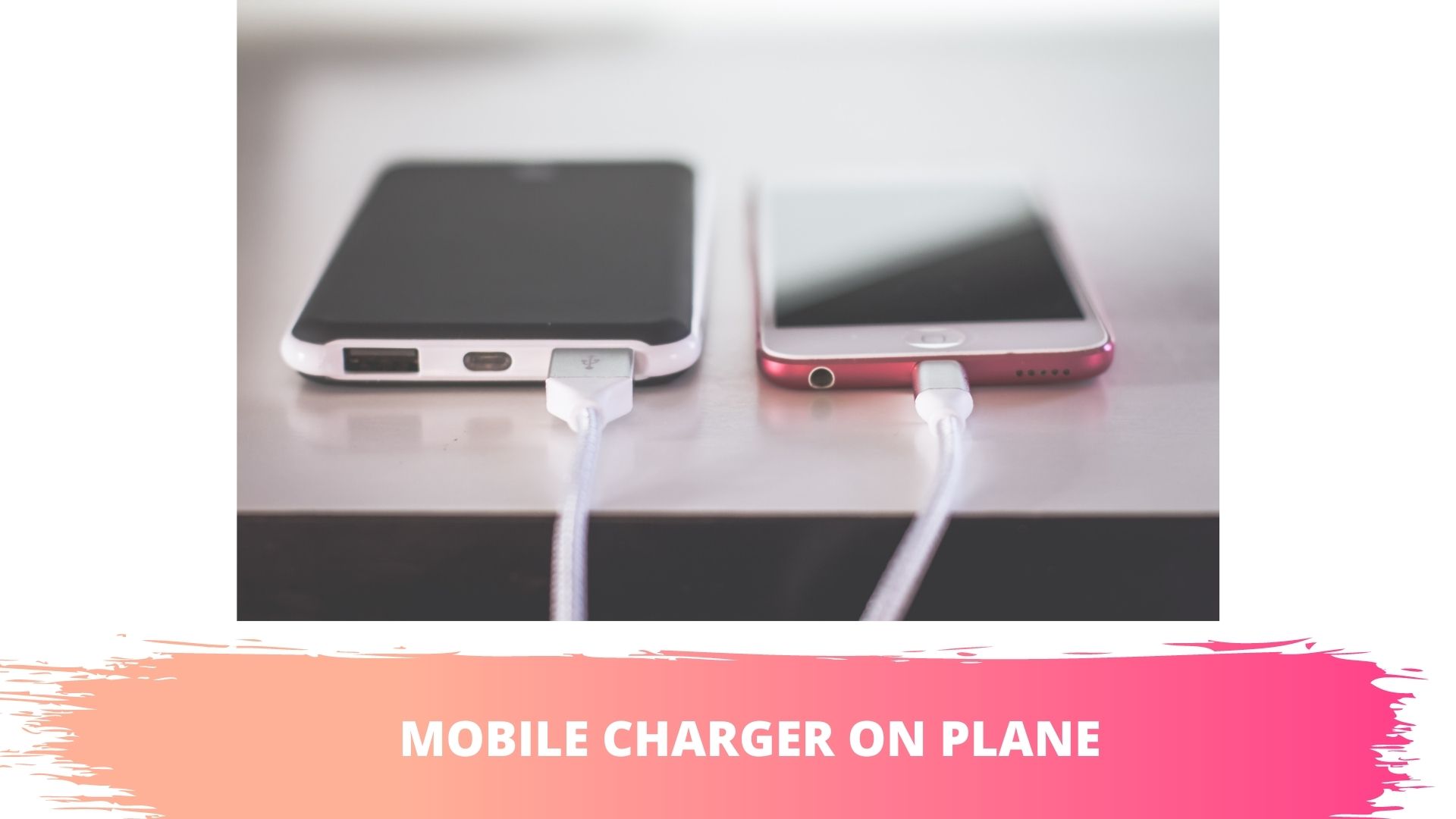 Most people rely heavily on their phones, and the only way to keep your smartphone in use, especially over the course of a long flight is to charge it. But can you bring your mobile charger on the plane?

Is Mobile Charger Allowed In Flight?

You can carry every type of charger on a flight. That includes ordinary plug-in chargers. Though, as you might expect, you cannot use plug-in chargers on a plane. Planes do not have power sockets, which is why people carry mobile chargers that require USB cords to work.

Mobile chargers and power banks are allowed on planes. Mobile chargers can take advantage of the charging facilities that some airlines offer. In many cases, you can find a USB charging port either on your seat or the seat in front of you. If your plane doesn’t have charging facilities, a power bank is the best option because it charges your phone directly. You do not require a mains electricity supply.

Why Mobile Chargers Are Not Allowed?

Lithium batteries are a problem because they can combust. Some people think that airport security is too cautious. However, I don’t expect anyone to dispute the caution applied to lithium batteries because everyone remembers the Samsung phones whose batteries caught fire and exploded a few years ago.

Admittedly, this isn’t necessarily the end of the story. If your charger has lithium batteries, airport security won’t let you keep it in checked luggage. But you can carry it with you as you board the plane. You are free to use and store the mobile charger in the cabin. Problems only arise when you attempt to leave it in the checked luggage.

How Many Chargers Can You Take On Plane?

If you have a conventional Plug-in charger, you can carry as many of them as you wish. That is also true for ordinary mobile chargers. But if you have a power bank, the kind with lithium batteries, you have to adhere to different rules. Airlines permit passengers to carry a maximum of two additional batteries.

What if you want to carry more than two batteries?

Well, you have two options.

Where Do You Pack Chargers When Flying?

The best place to keep your charger is in the cabin with your phone because that allows you to use the charger during the flight. But you can keep the charger in your checked luggage if you want.

Airlines are quite strict where this rule is concerned because lithium batteries are a fire hazard. They can catch fire regardless of where you keep them. But if the battery of a power bank in a cabin catches fire, people will put that fire out. Putting a fire out in the cargo hold is far more difficult.

Can I Take Phone Charger in Hand Luggage?

Do Phone Chargers Go In Hand Luggage or Suitcase?

You can place phone chargers without lithium batteries in the hand luggage or suitcase. If the charger has a lithium battery, you can still place it in the suitcase if that suitcase is going in the cabin with you. You cannot keep a charger with batteries in a suitcase that is going to the cargo hold.

This applies to power banks. You have to keep them (and chargers with batteries) in hand luggage. The size of the power bank is very important.