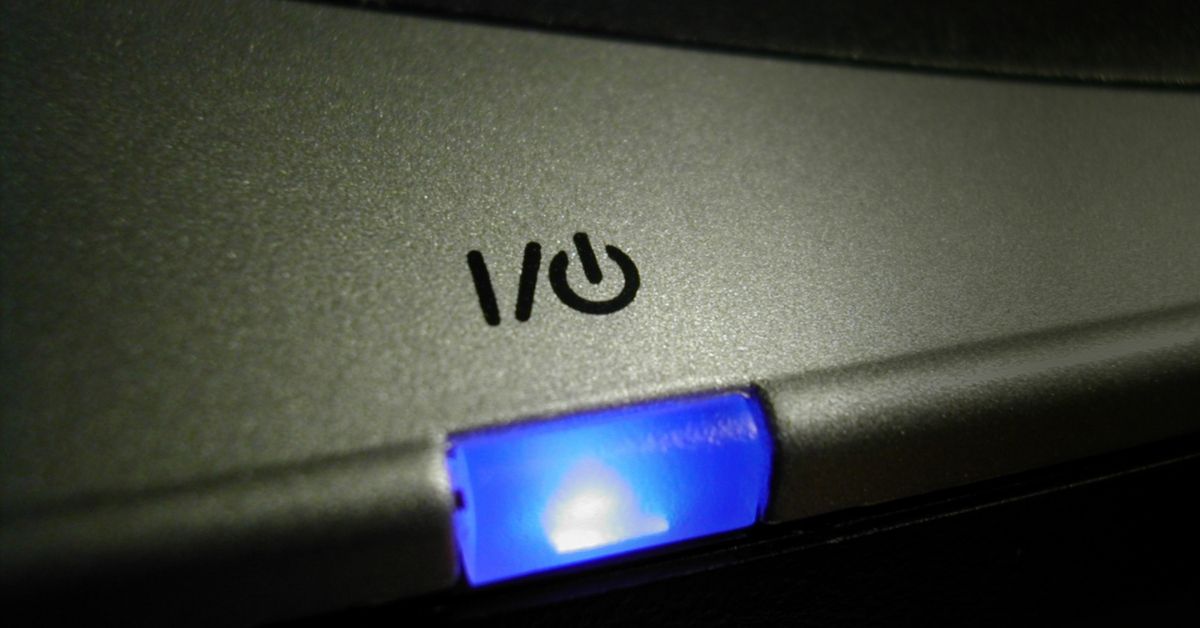 Laptop charger lights are not all the same. Some are solid. Others will blink. Some are green. Others are red. You even have a few that are yellow. Which light is good? Which one is bad? This guide will attempt to provide some answers.

A lot of laptop chargers use a green light to show that they are working.

But the meaning behind that green light will vary depending on what the light is doing, that is to say, whether it is blinking, flashing, staying on, going off, etc.

You should always consult the manual if you have any questions about the meaning behind a green laptop charger light.

If the green light is off, start by finding out whether or not the charger has been plugged into an outlet. The green light will only go on if the charger is connected to a power source. If the plug is inside an outlet, make sure it is firm. A plug whose prongs are exposed can damage the charger.

It may also refuse to transmit the power the charger needs to operate your laptop. If the plug has been securely connected to an outlet but the green light is still off, turn your attention to the laptop.

If the answer is yes, a defective component in the charger has compromised the green LED. This shouldn’t concern you if the laptop is still charging.

On the other hand, if the laptop shows no signs of charging, you should assume that the laptop charger is dead. Get a new one.

Green Light Is Blinking In Laptop Charger – Why?

Either the adapter is failing or the power jack has a problem. Power jacks tend to develop problems because people keep flexing them. Fortunately, they are cheap, so finding a replacement shouldn’t take long unless your laptop model is rare.

Green Light Goes Off In Laptop Charger – Why?

You can test this theory by taking the battery out. If the charger starts working, you should replace the battery.

But if the light is still going off and the charger has refused to work, you have a bigger problem on your hands. More than likely, you have a short on the motherboard.

Depending on the seriousness of the problem, your technician may encourage you to replace the entire motherboard.

In many cases, a yellow light shows that the battery is almost out of charge. The computer is telling you to charge the battery before it’s too late.

But It really depends on your machine. Different models will use different lights to refer to different things.

But you cannot be certain until you read the manual. It will give you a definitive answer. In some models, a yellow light could mean that the charger and battery are working optimally.

An orange light shows that the HP notebook is charging. The color will change to white once the laptop is fully charged. In brands like Asus and Toshiba, the orange light is similar to the yellow light, that is to say, it shows that the battery is low and you should charge it.

A blinking orange or amber light indicates that the battery is low. The orange light will start blinking once the battery power falls below 10 percent.

If the battery has plenty of power but the orange light is blinking, you may have a damaged and defective laptop charger or battery.

Once again, the easiest way to decipher the meaning behind the blinking light is to consult the manual.

A red light alerts the user that the battery is depleted and requires charging. Red light can also indicate that the laptop is charging.

According to Gemwon, the red light will start blinking once the charge falls below a certain threshold. It will keep blinking until you connect the computer to a power source.

If the blue light goes off whenever you connect the charger to the laptop, you may have a damaged or defective power jack. If the power jack is fine, the best-case scenario is a dead adapter.

Replacing an adapter sounds annoying. But it is better than replacing the motherboard, which is what the technician may suggest if a short on the motherboard is causing the charger to turn off whenever you connect it to the laptop.

A solid white light means that a laptop is fully charged. The power is somewhere between 95 and 100 percent.

Laptop Charger White Light Blinking When Plugged In – Why?

A blinking white light can indicate a defective battery. The white light will also blink in situations where the battery is not properly connected. Blinking lights are normally a sign of trouble. Check the manual for confirmation.

Some Problems Related To Charging Light

What Does It Mean When Your Laptop Charger Light Blinks?

A blinking charger light can indicate a defective charger. The light is trying to tell you that it cannot transmit sufficient power to run the laptop. You can also blame blinking lights on damaged power jacks. In a few models, blinking lights are a sign that the charger is not supported by the laptop to which it is connected.

Battery Light On Laptop Blinking When Plugged In – Why?

The Laptop Power Supply Light Goes Off When Plugged In

Either you have a motherboard failure or the laptop has rejected the charger because the output voltage is wrong.

Charging Light On Laptop ON But Not Working – Why?

A loose connection can prevent the battery from charging. If the battery is secure in its compartment but the computer is not charging, you may have a defective battery or adapter. Additionally, some laptops will reject adapters from different brands or chargers whose specs do not match the needs of the battery.

Make sure the plug is firmly connected to the outlet. In fact, check all the removable cords. They should be securely inserted. If the laptop is still not charging even though the light is on, check the battery to ensure that it is secure as well.

You have several options to consider:

1). If you have defective batteries and chargers, replace them.

2). Make sure the adapter is strong enough to charge the battery. Visit the manufacturer’s website. It will tell you the right specs for a replacement charger. You have to get an adapter whose wattage matches or exceeds that of the battery.

3). Look for signs of damage on the power cord. Breaks and burnouts can prevent the adapter from charging the battery. You should always replace adapters with damaged power cords.

4). Smell the adapter. If it smells like burnt plastic, get a new one. PC Mag expects you to do the same thing if the AC brick is discolored and warped.

5). Some adapters can be fixed by replacing the power jack.

Unless you know what you’re doing, you should hire a technician to troubleshoot the computer. They may solve the problem by simply updating the BIOS.

Charging Light On Laptop Not Turning ‘ON’ – Why?

If the charging light is off, the laptop is probably not charging. This can happen as a result of damaged and defective batteries and chargers and loose connections. This situation can also occur if your adapter has a lower wattage than the battery.

3). Ensure that the charger is securely plugged into an outlet.

4). According to HP, removing the battery and holding the power button down for 15 seconds can occasionally solve the problem.

5). You should update all your drivers

6). Check the health of the port. A technician can repair and replace damaged power ports.

Charging Light On Laptop Always ‘ON’ – Why?

Your laptop has a loose connection. Some also blame the issue on a complication that involves the cable that connects the mainboard and peripheral power switch.

Charging Light On Laptop Comes ‘ON’ Then Fades – Why?

You have a faulty charger that keeps shutting down. You may also have a weak charger with a low wattage that cannot meet the power demands of the battery.

Charging Light On Laptop Not Working – Why?

If the charging light is on but the laptop is not charging, the adapter and the battery are the primary suspects. They are either damaged or defective.

Look for signs of wear and tear, burn marks, the smell of burnt plastic, warping, bloating, etc. If you cannot locate the problem, you need an electrician to check the motherboard.

You need to replace damaged adapters and batteries. But you should only do this after making sure that the adapter is firmly plugged into a power source and the battery is secure in its compartment.

If the power jack is the problem, you can replace it without buying a new charger. Otherwise, ask an electrician to update the drivers, review the settings and check the motherboard. A short on the motherboard may force you to replace the entire motherboard.

Laptop Charging Light Turns ‘ON’ Then Off – Why?

If the wall outlet is fine, the power coming from the grid is probably unstable.

Laptop Charging Light Not Blinking – Why?

You should check the manual for clarification. In some models, a blinking light is a sign that you have a defective battery or an adapter. Therefore, a solid laptop charger light is a good thing.

A blinking light can also indicate a low battery, which means that a solid light indicates charging or a fully charged battery. A solid, non-blinking light could mean anything.

You also have models where a flashing light means that the laptop has rejected the charger. You won’t know for sure until you consult the manual.

1). Solid White – This means that the computer is on

2). Flashing White – The computer is in standby mode.

3). White Light Off – This can indicate hibernation, the absence of AC power, or a battery

4). Flashing Amber and then White – This happens when people use an AC adapter the laptop doesn’t support

5). Flashing Amber – This happens when the battery level is low

6). No LED – All the LEDs will go off if an AC adapter is connected and the battery is fully charged

7). Constant White – The battery is charging

Don’t expect these codes to apply to every single laptop. Consult the manual if you want to know what your laptop’s LED codes mean.