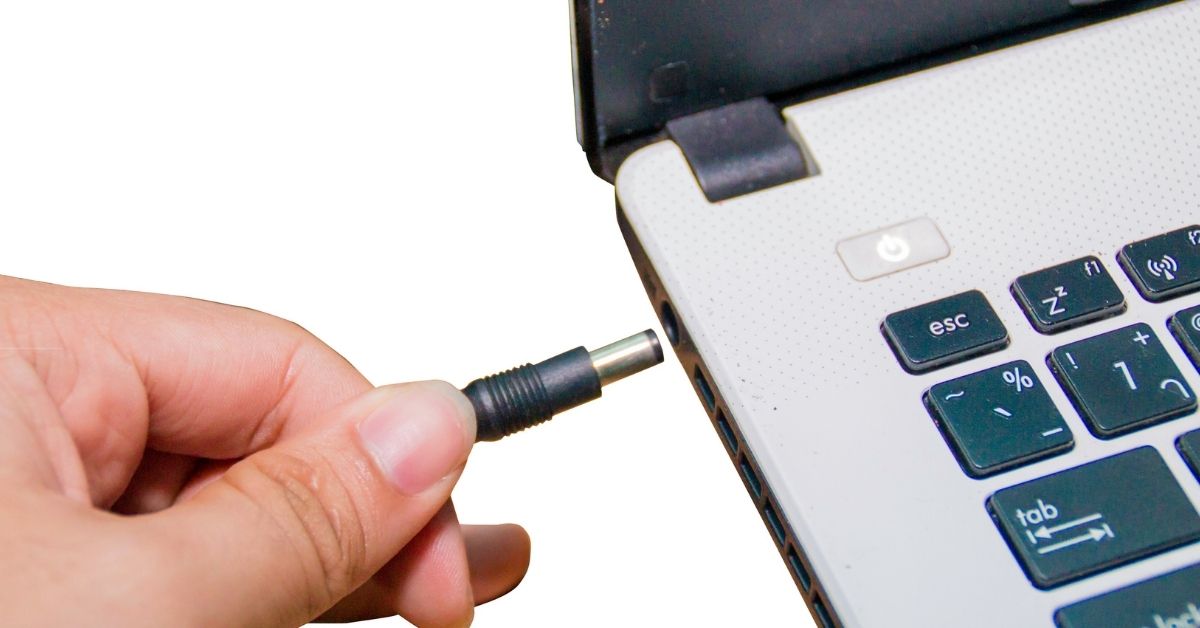 Laptop charger yellow tips confuse people, especially if the shaft connected to that tip is silver. They don’t know why some chargers have yellow tips while others don’t. They also don’t understand why some laptop chargers turn yellow at the tip. In some cases, the development is innocuous. But in others, it is a source of concern

What Does Yellow Tip On Charger Mean?

The laptop charger yellow tip is an aesthetic choice designed to set the charger apart. The yellow tip of a coaxial power connector is supposed to show the manufacturer’s adherence to EIAJ standards. It also points to the charger’s specific operating voltage range. Some manufacturers offer interchangeable color-coded tips.

But you also have instances where the yellow tip is supposed to specify a particular attribute.

You have to read the manual to find out what the yellow tip means because chargers do not have a particular standard that manufacturers have to follow, at least not where the look and design of the tips are concerned.

The field tends to determine the meaning of the yellow tip.

Only your laptop’s manufacturer can tell you what the colors mean. If the manual doesn’t say anything, the yellow tip is just a piece of plastic. It doesn’t mean anything and it won’t affect your charger’s operations.

It should be noted that the laptop charger yellow tip is easier to dismiss as unimportant if it was yellow in the first place. If the tip started as a different color and it became yellow later on, you should contact a technician.

Why Is My Laptop Charger Turning Yellow?

Some chargers will change color because their owners always handle the cords with oily and greasy hands. Additionally, If the charger spends a lot of time in the vicinity of devices that generate a lot of heat, the outer insulation will start losing its elasticity. Besides deforming and tearing open, it could also turn yellow.

In some cases, the yellow discoloration is a sign of aging. The color can also appear as a result of sunlight exposure. If your cable is exposed to the sun every single day. it is going to age at a much faster rate.

You may see this phenomenon in cheaper cables. They are made of inferior material that will degrade at a much faster rate. The form that degradation will take may vary depending on the material and how you treat the charger.

If you always handle the cords with oily and greasy hands, chargers will change their color. But the transformation takes a while.

If you don’t use latex gloves, and the charger is rarely exposed to oil, grease, or even sweat, consider the temperature.

Chargers have a limited lifespan regardless of the brand or quality. They are going to age over time. The more time you spend handling them, the faster they will age.

Heat can accelerate the aging process as well which could also turn the charger yellow.

You should contact your laptop’s retailer or manufacturer. They will tell you whether or not a yellow color is a cause for concern.

Some manufacturers can diagnose the issue over the phone, especially if they know that their cables are prone to discoloration. Others will ask you to submit the charger for closer inspection.

Either way, do not use a charger cable that looks like it has started showing signs of wear and tear until a technician tells you that the yellow color is harmless.

A defective charger cable can destroy your laptop. Don’t take any chances.

Is It Dangerous When Your MacBook Charger Turns Yellow?

MacBook chargers typically turn yellow because of overheating. A charger cable will become warmer if it is forced to transmit larger volumes of electricity than it was designed to carry. It can overheat because of the objects in the vicinity.

Thus, MacBook users are discouraged from wrapping the charging cable around the adapter because doing so will expose the cable to the adapter’s heat, making the yellow color even more prominent.

You are also allowed to leave the cable loose. The approach is messy but it will protect the cable in the long run.

You have to keep one thing in mind. If the MacBook charger has turned yellow near the connector, it is sending you a warning sign.

The charger is trying to protect itself.

You have to take steps to stop the charger from overheating. If you don’t, you are going to start a fire. Chargers can overheat to the point where they blacken. The insulation will peel away to reveal the wires on the inside.

This is why many consumers take the yellow color as a sign that they need to replace their chargers immediately.

If your charger came with a warranty, use it to get a new charger. Do this the moment you notice the yellow color. The color could be innocuous. But it could also be a sign of something worse. Take advantage of the warranty before you are forced to spend your own money on a new charger.

How Do You Get Yellow Stains Out Of Chargers?

You can recover the charger’s original white color by using cotton swabs and alcohol to wipe the cable. The swabs will remove the dirt and grime.

Some people prefer rubbing alcohol. Others hate it because it leaves a residue that has to be rinsed off. They think that Isopropyl Alcohol (93 Percent) is better.

Another option is baking soda. It has abrasive attributes that can remove dirt and grease.

While some people are lucky. Their chargers are yellow because they have stains. They don’t have to worry about overheating. If that describes your situation, you don’t have to tolerate the yellow stains.