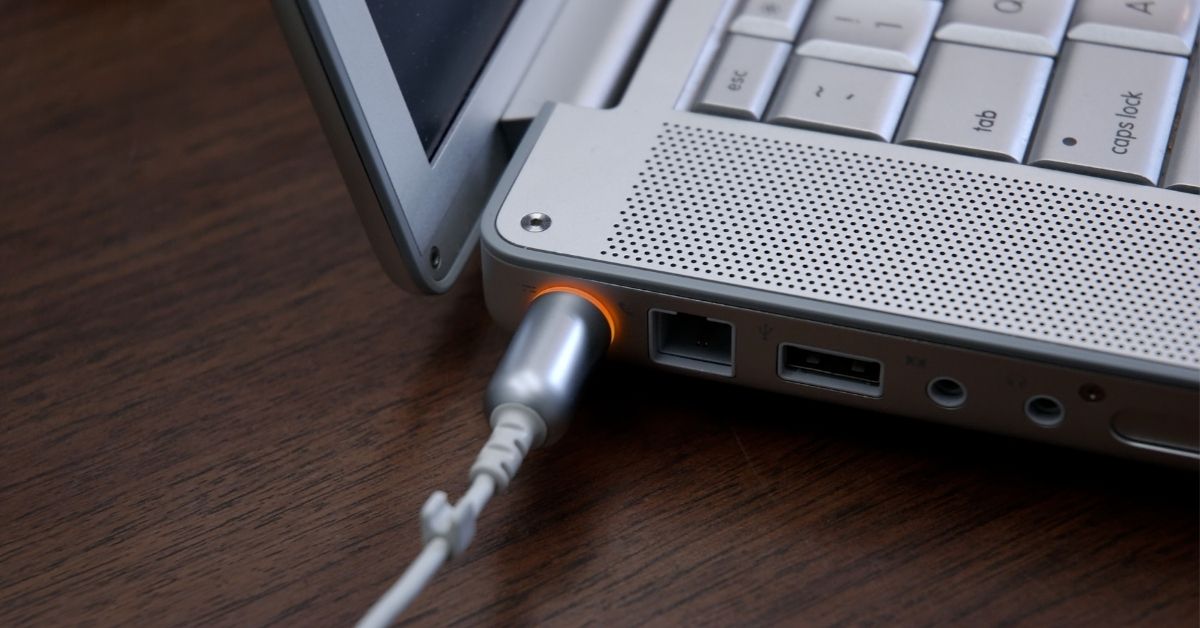 Most people have encountered situations where their laptops simply refuse to charge. But what do you do when you realize that your laptop will only charge the battery after you shut it down? Is that normal behavior? No, it is not, and you should take immediate steps to fix the issue before it causes a bigger problem.

Reasons Why My Laptop Only Charges When Closed

If your laptop only charges when closed, you have to assume that one of the following is to blame:

This has to be your first consideration. If a battery is old or damaged, you may find that it requires more electricity than normal to charge, and it cannot get that electricity when the laptop is on because a portion of the electrical current is being used to run the machine’s various operations.

In other words, it will only charge when you switch the laptop off because the battery doesn’t have to compete for the available power. If your battery is removable, you can test it by taking it out and switching the laptop on.

If the laptop refuses to work even when the charger is plugged in or if it malfunctions, you can assume that the battery is fine but the charger is defective. You can further cement your conclusion by placing the battery in another laptop (where possible). If the battery can charge in the second laptop, it is not at fault.

But if you don’t have a second laptop and the first laptop was running just fine with the charge alone, you have every reason to assume that the battery is defective.

If your computer keeps overheating, the heat may prevent the battery from charging when the computer is on. Additionally, the computer will run for a shorter time on the battery even when it is fully charged.

In some cases, the heat can confuse the sensors, causing the computer to conclude that the battery is fully charged even when that isn’t the case. Overheating isn’t an issue when the computer is off.

As was mentioned above, a faulty charger can prevent a battery from charging when the laptop is on, probably because it cannot transmit enough power to charge the battery whilst also running the computer. Before you attack the charger for being defective, make sure that you are using the right charger.

Some laptops may prevent a cheap charger with the wrong rating from working properly, in which case, the charger will only charge the battery when the laptop is off and its functions cannot interfere with the operations of the charger.

It is worth noting that, in many cases, you may never know why your laptop is behaving this way, especially in situations where a small fault on the motherboard has allowed this problem to arise.

How To Fix A Laptop That Won’t Charge Unless Turned Off?

If the laptop only charges when closed, you have to first determine whether the battery or the charger is to blame. If you have eliminated these two options, look for alternative explanations.

The solutions you will deploy depend on the causes you have identified. They may include the following:

1). Start by checking the settings. Make sure you haven’t engaged a system in the power options that command the laptop to only charge when closed. If you don’t understand the workings of your system, you are better off restoring your laptop’s default power options.

Technicians typically recommend this answer to people that have tried and failed to identify the settings they accidentally changed.

2). Naturally, if either the battery or the charger is at fault, replace it. But before you proceed, I want you to take a moment to adjust the battery in its compartment. Make sure it is properly seated.

Do the same thing to the charger. Check its connector for dust or debris that may prevent it from making a proper connection. If you have decided to get a replacement charger, look for a genuine product that matches the rating the manufacturer suggested. Otherwise, the laptop may reject it.

3). Find and resolve the cause of overheating. Otherwise, it will keep encouraging the battery sensor to malfunction. If cleaning the cooling vents wasn’t enough, replace the fan. You can also attach external fans as a temporary solution.

4). Check all the drivers. Make sure they are up to date.

5). If the problem lies with the motherboard or charging circuits, you need a professional to diagnose the issue. Depending on the nature of the fault, the technician may encourage you to replace the entire motherboard. Because motherboards are expensive, many people prefer to buy new laptops.

Can A Laptop Be Charged When It’s Off?

It is the best approach to charge a laptop when it is off. It eliminates the problem of overheating.

How To Know If A Laptop Is Charging When Off?

Laptops have a light that will change color to show you that the laptop in question is either charging or is fully charged. This applies to most modern laptops.

How To Know If A Laptop Is Fully Charged When Turned Off?

The only way to determine whether or not a laptop is fully charged is to look for the indicator light that is designed to show a particular color depending on whether the laptop is charging or fully charged. Look at the laptop’s manual. It will tell you what all the various colors mean.

With some laptops, the indicator lights are found on the battery itself. They will show the percentage of charge and how much time is left until you attain a full charge.

How Long Does It Take A Laptop To Fully Charge While Switched Off?

It could take anywhere between 45 minutes and 48 hours. Some batteries will charge fully within an even shorter duration. Batteries that are completely depleted will take longer.