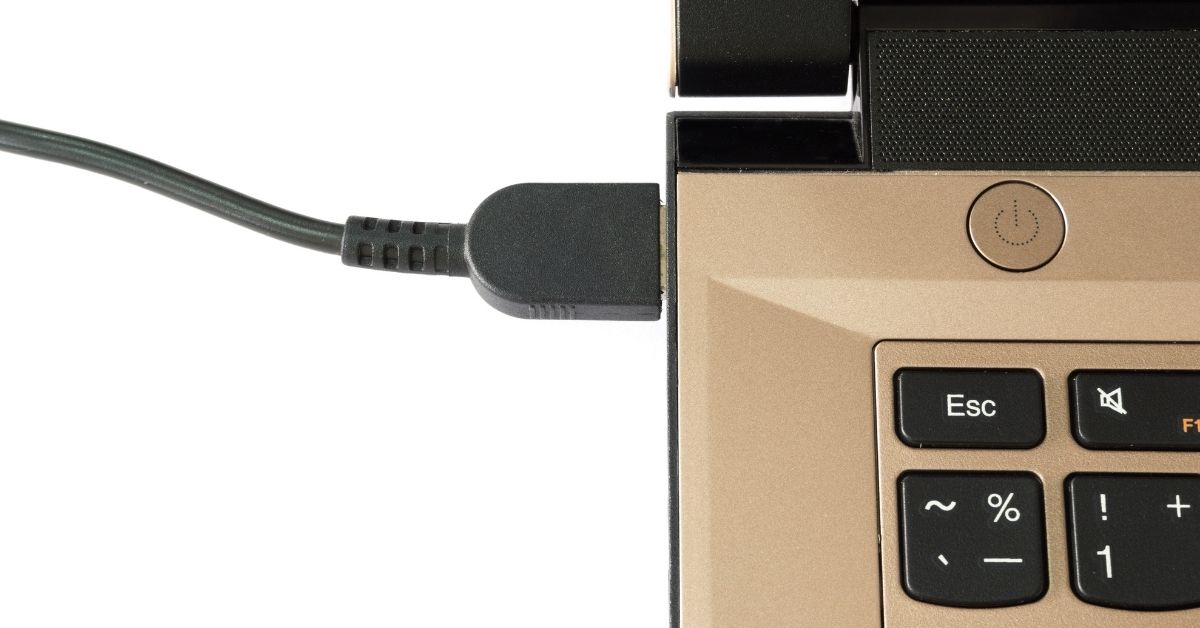 Everyone knows that they have to keep their laptop charged to use it. But what happens when your computer starts discharging even though you have plugged it into a power source? Is that normal? No, it isn’t. Whether or not it can be fixed depends largely on the factors causing it to discharge.

Why Is My Laptop Plugged IN But Discharging?

A laptop that is plugged in may discharge for any number of reasons. The most common cause is dead or defective batteries. Laptop batteries have a limited lifespan. Repeatedly charging and discharging the devices causes them to wear out.

If you keep using an old battery, it will reach a point where it can no longer hold a charge. Some batteries will stop working altogether. Others can only store a charge when the laptop is switched off. Once you turn the computer on, the battery will start losing its charge even though it is connected to a power source.

You can test the battery by moving it to another laptop. If it is doing the same thing, the battery is at fault. But if the battery doesn’t discharge in the second laptop as it does in the first, the charger is the problem.

According to Microsoft, a consumer can create this problem by purchasing a charger that is not compatible with their computer. Some laptops have very sophisticated systems that will only respond to specific chargers.

If your laptop isn’t that sophisticated, check the rating of the charger. More than likely, it is not powerful enough to charge the battery whilst also running the laptop. Many consumers are hesitant to buy genuine chargers because the non-genuine versions are so much cheaper.

But before you throw your money at a new, pricier charger, ask a technician to check the charging port. You don’t want to waste money on an expensive charger when your battery is only discharging because of a faulty charging port.

What Does Discharging A Laptop Mean?

Discharging is the opposite of charging. The purpose of connecting a laptop to a power source is to charge it. When you disconnect a laptop from a power source, it will start to discharge because the laptop is using the battery to run its operations.

How Do I Fix The Discharging On My Laptop?

You have to match the solution to the cause. In other words, if you don’t know why your laptop is discharging even though it is plugged into a power source, hire a technician to investigate the machine. Some of the solutions the technician may suggest include:

Naturally, if the battery is dead, you have no choice but to get a new one. Computer Hope believes that you can extend the lifespan of your battery by discharging it every few months. This is where you allow the battery to completely drain before you charge it to 100 percent.

However, 4Sysops discourages consumers from fully discharging their batteries frequently. This will do more harm than good in the long run. As far as they are concerned, you shouldn’t allow your battery to fall below 20 percent.

On the other side of the equation, do not keep your computer plugged in when the battery is fully charged. This practice will also strain the battery. People that treat their batteries well are less likely to encounter plugged in discharging problems.

Some laptops have tools that can diagnose the battery to determine whether or not it is working as expected. In other words, you don’t have to take the battery out to identify defects. HP Support has a solution that involves reinstalling the ‘Microsoft ACPI-Compliant Control Method Battery’.

If the charger is at fault, get a replacement charger that matches the specifications of the laptop. Don’t forget to check for signs of damage along the cord such as fraying, tears in the jacket, burn marks, overheating, etc. Some chargers will begin to malfunction as they age.

If the discharging issues are caused by a problem with the motherboard, you may have no choice but to get a new motherboard or another laptop. Many people prefer to get new laptops because motherboards are expensive.

Plugged In VS Charging VS Discharging

This is because it is using the charge it stored to run the operations of the laptop. A laptop that is discharging even though it is connected to a power source, such as a wall outlet, should concern you.

What Do I Do If My Computer Is Plugged In But Not Charging?

Make sure it is plugged securely into the wall outlet. The prongs of the plug should not be exposed. You should also check the connector.

Make sure it is secure. A charger with a loose plug or connector is unlikely to charge the battery. If the charger seems fine, try using it to charge another laptop. This will enable you to rule the charger out as the cause of your problems.

Turn your attention to the battery.

Where possible, take the battery out and look for signs of wear and tear such as bulging sections, leaks, burn marks, etc. If the battery seems fine, don’t be so quick to put it back.

Hold the laptop’s power button down for half a minute. The goal is to drain the laptop. If you couldn’t test the charger by connecting it to a second laptop, use it to power the first laptop without putting the battery back.

In many cases, draining the laptop will solve the problem. If it doesn’t fix the issue, update the drivers and to check the power and sleep settings.

If all else fails, consult a technician. They will tell you whether or not it is necessary to replace the battery.