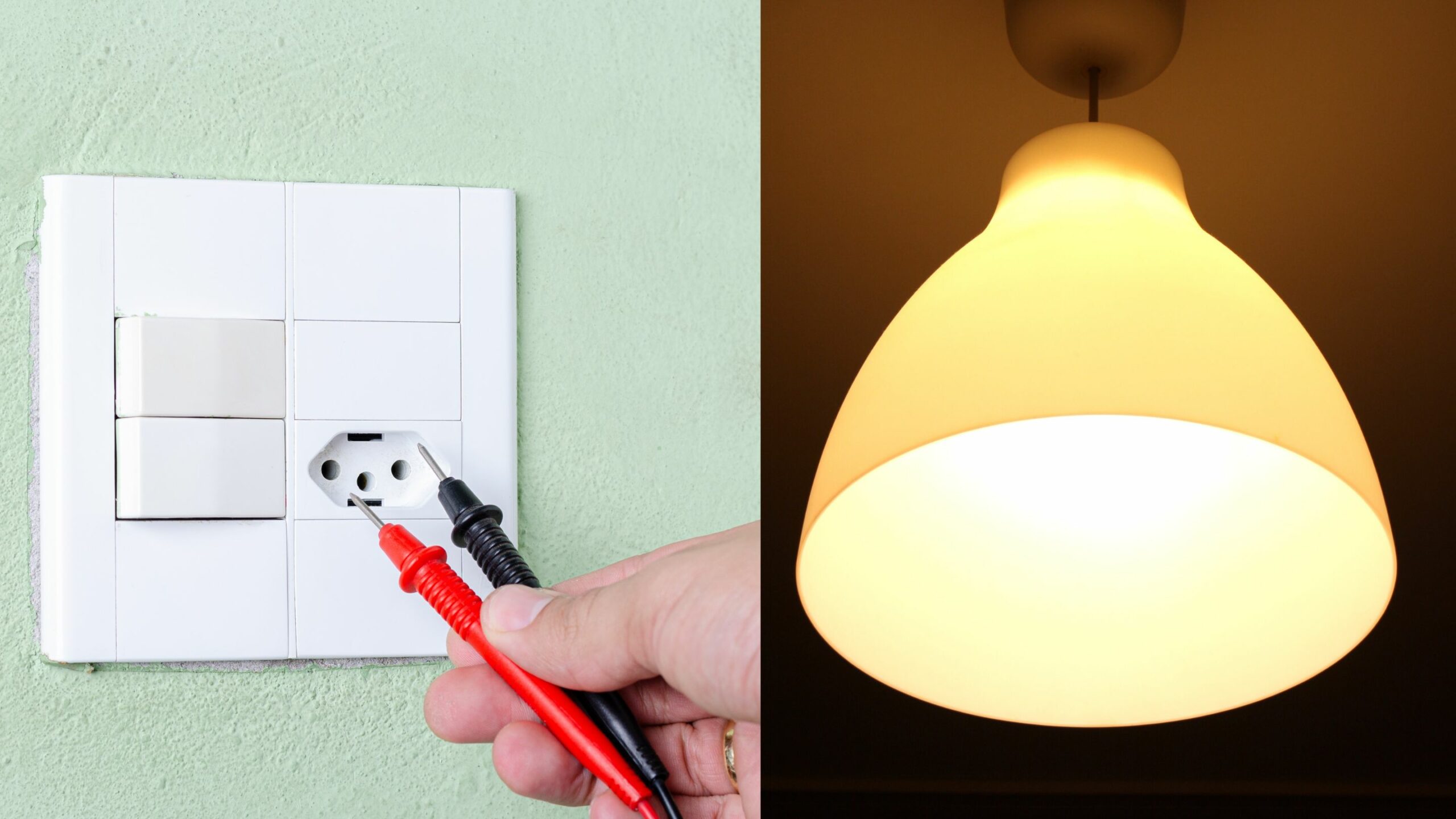 Many people place the lights and outlets on the same circuit. Therefore, if the lights are on, you’re not wrong in wondering why the outlets have refused to work.

Lights Working But Not Outlets – Why?

Many people blame this issue on half-hot outlets, even though they are rarely at fault. Most homeowners know what half-hot outlets look like. They won’t confuse them for ordinary outlets. Although, that is not true for everyone.

A half-hot outlet has a top section that is always hot and a lower area that a nearby switch controls. Do you have a light switch in the room that doesn’t do anything? That switch probably turns the lower section of the outlet on and off.

Outlets fail all the time, which is why electricians replace so many of them each year. An average outlet lasts 25 years. But some homeowners replace their outlets every few months for a variety of reasons, including:

It is worth noting that faults cannot strike all your outlets simultaneously. You may lose one or two at a time. But if every outlet in the room is dead, and the lights are working, something else has gone wrong.

You will see GFCI protection on the outlets in the bathroom and kitchen. But GFCIs are tricky because it is too expensive to install this technology on every outlet, which is why contractors prefer to daisy-chain the receptacles such that one GFCI outlet protects multiple traditional outlets down the line.

But if that GFCI outlet trips, all the other receptacles down the line will stop working. How many GFCIs do you see? Have the reset buttons popped out? This signifies a tripped GFCI. Fortunately, this issue has an easy answer.

A GFCI breaker will produce similar results. However, it will deprive the entire circuit of power, including the lights. You cannot blame the GFCI breaker for a situation where the lights are on, but the outlets won’t work.

5). Outlets Are On Separate Circuit

Older homes use fuses. In that case, an overload will blow the fuse, depriving all the outlets of power. Circuit breakers are more reliable than fuses. But a fuse is better than nothing.

If one or two receptacles have refused to work, check the wiring. Loose connections can interfere with the outlet’s operations. But loose wiring is not a convincing explanation for multiple failures. The chances of every outlet in your home developing loose wiring simultaneously are slim.

What Should I Do To Fix The Outlet That Is Not Working?

You have several practical solutions to dead outlets at your disposal, including:

Can I Fix The Outlet Myself?

It depends on where you live. According to the City of Atlanta (office of Buildings), you need an electrical permit to install or alter permanent electrical devices. However, that doesn’t include the replacement of electrical outlets and light fixtures, and switches.

But if your city or state demands an electrical permit to install or replace an outlet, they may prevent you from performing this task because you’re not a licensed electrician. The rules are even more stringent for people that want to replace circuit breakers and permanent wiring.

Consult a local electrician before you proceed. They will tell you whether or not you can fix your outlets, breakers, and fuses without professional assistance.

How Much Electricians Charge To Fix The Faulty Outlet?

Replacing a standard outlet seems cheap. After all, new outlets are $5 or less. But what if you need a dozen or more outlets? Your expenses will skyrocket, especially if some of those receptacles are GFCIs.

Don’t forget the labor costs. Forbes expects consumers to spend as much as $175 on a standard outlet. But what if they troubleshoot your circuit and determine that a tripped GFCI is the problem?

You fix tripped GFCIs by pressing the reset button. However, the electrician may still charge you $100 or more for their troubles. This is why homeowners prefer to resolve this issue without assistance. It is the cheaper option.