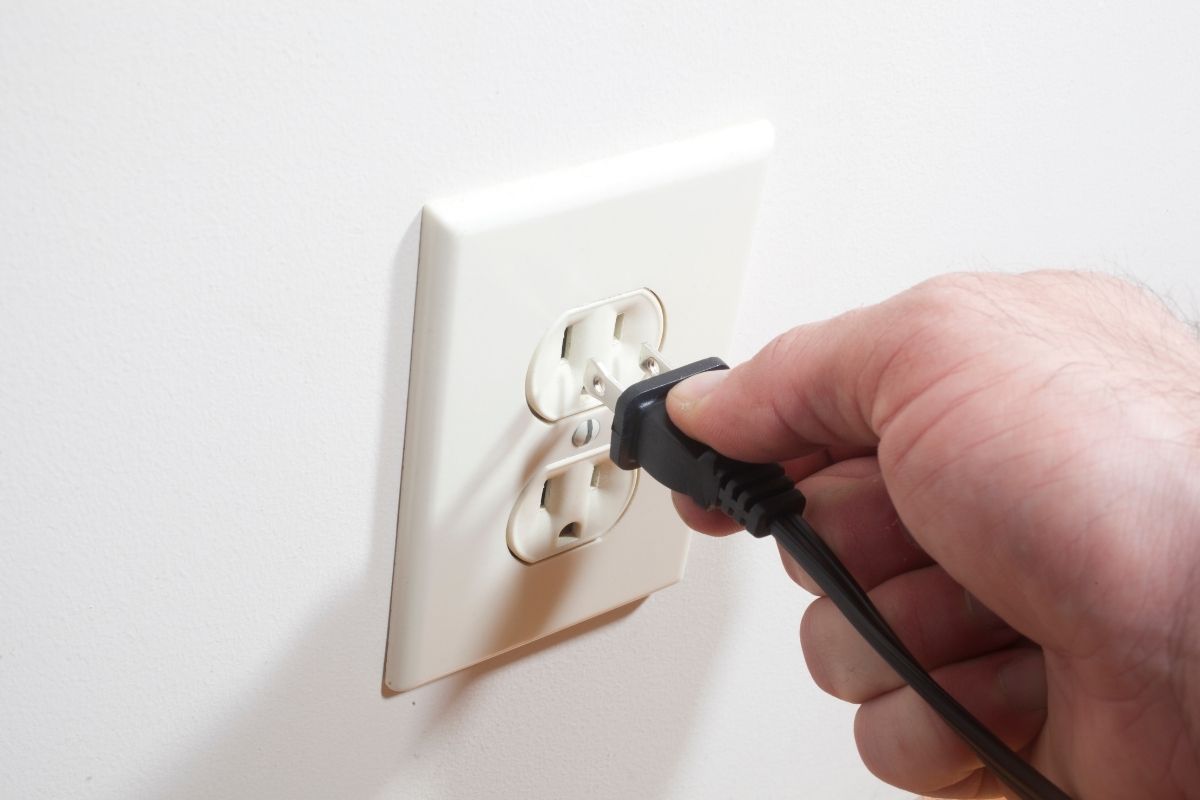 Have you ever stopped to consider the polarity of the plugs that power your appliances? Which side is positive? Which one is negative?

On A Two/Three Prong Plug Which Is Positive?

When you open a plug, you will see hot and neutral wires. These wires connect to the prongs. If the wires don’t have a polarity, neither do the prongs.

How Do You Know Which Side Of A Cord Is Positive Or Negative?

You can watch this video that shows you what the positive and negative wires look like.

The Best Way To Check The Polarity

A multimeter will show you the polarity of the wires in your devices and appliances.

To use one, turn the knob to the DC voltage setting. Use the alligator clip to connect the red lead to one wire. The black lead connects to the second wire.

But again, that applies to the wires of light fixtures and devices like speakers and extension cords. Plugs do not have positive or negative sides.

Is It The Same For Two And Three Prong?

According to Sciencing, outlets with three slots have grounding circuitry. But that circuitry is useless if the plug connected to the outlet lacks a grounding wire.

The current is transmitted to the appliance through the hot wire. It returns to the panel through the neutral wire. A 3-prong plug has a third semi-round pin that is associated with the ground wire.

The neutral prong is the largest to prevent confusion. The slot on the outlet is equally large. If you try to insert the plug the wrong way, it won’t enter. By inserting the plug the right way, you ensure that the current flows safely from the hot to the neutral slot.

Does It Matter Which Wire Goes Where On An Outlet?

It matters where the wire goes because if you connect the hot wire to the neutral terminal and the neutral wire to the hot terminal, you will reverse the polarity, a phenomenon that can lead to electrocution. Outlets have black wire (hot), white (neutral), and green wires (ground).

The exact colors may vary depending on your location. But these are the most common colors. Though, some hot wires are red. For the outlet to work as you expect, you must connect the right wires to the right terminals.

Consider what happens when you switch a toaster off.

When the appliance is active, you will receive a shock if you touch the heating elements with a fork. But what happens when you move the switch that controls the electricity to the ‘OFF” position?

You can touch the heating elements without receiving a shock. But that is only true if the outlet is properly wired.

What if the polarity is reversed?

Now you have a problem. From what Star Tribune has said, turning the switch to the ‘OFF’ position will not cut the power. But you won’t know that the heating elements have a current running through them until they shock you.

WayPoint Inspection has presented a similar argument. Though, in their case, the resource used the example of a lamp. If the polarity of an outlet has been reversed, electricity will continue to run through the lamp socket even when the switch is in the ‘OFF’ position.

Fortunately, you don’t have to wait for an appliance to shock you to realize that the polarity in the outlet was reversed.

Get an outlet tester. Like most modern testers, outlet testers are easy to use. Plug the device into the outlet and interpret the readings.

Once you realize that the outlet’s polarity has been reversed, the problem has a straightforward solution. It involves the following:

1). Switch the power off. Do this at the breaker. It isn’t enough to flip the outlet switch to the ‘OFF’ position.

2). Remove the screws and pull the faceplate off

3). Inspect the wires. If the hot and neutral wires are connected to the wrong terminals, reverse them. Secure the hot wire to the brass terminal and the neutral wire to the silver terminal.

4). Restore the faceplate, turn the power back on and use the outlet tester.

What if the polarity is still reversed?

One option is that you misinterpreted the wires. In other words, for one reason or another, the white wire is hot rather than neutral, and the black wire is neutral instead of hot.

You should also look for additional complications upstream. Call an electrician if you cannot identify the problem. Reversed polarity is a shocking hazard that is more than capable of killing you and the other inhabitants of your home.

Which Side Of a Plug Is Neutral?

An outlet has three slots. You have a neutral, hot, and ground slot. These slots correspond to the hot, neutral, and ground wires. The left side is the neutral slot. It connects to the neutral wire – the white wire that links to the silver screw.

Many people will tell you that the ground and neutral sides are the same. But that simply means that their wires connect to the same place in the breaker box.

However, physically, their appearance varies.

The neutral slot looks just like the hot slot, but it is slightly larger. The ground slot, on the other hand, is semi-circular.

The neutral prong of a plug is just as large. This unique configuration ensures that the prongs always enter the outlet the right way. It prevents people from connecting the neutral prong to the hot slot and vice versa.

Even with two-prong plugs, the neutral prong is slightly larger than the hot prong to prevent consumers from inserting them the wrong way.

Which Side Of Outlet Is Hot?

The right slot is the hot side of an outlet. The hot side looks like the neutral side. But it is smaller. This is the slot’s identifying quality.

On a plug, the hot side is also smaller. This is true for two-prong and three-prong plugs. The size difference prevents people from inserting the plug the wrong way. A neutral prong won’t enter the hot slot, and neither will the hot prong enter the neutral slot.

It is just as important to ensure that the hot, neutral, and ground wires are connected to the proper terminals in the plug and outlet.