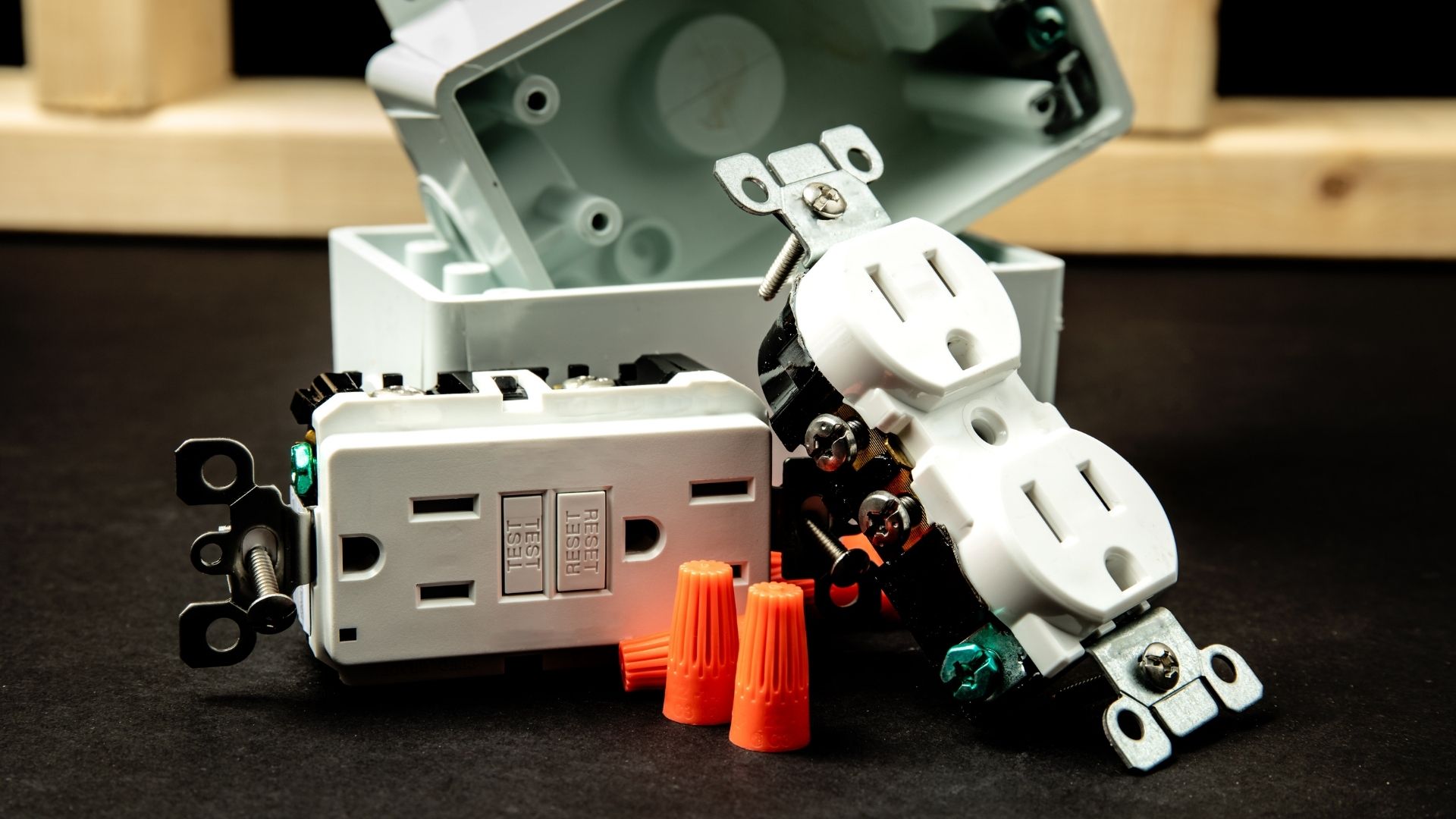 The NEC expects you to install GFCI technology if you live in a modern home. But if your house is older and you don’t have grounding, what does that mean? Will the GFCI work? Does it need the grounding conductor? What happens when a malfunction occurs in a GFCI outlet that doesn’t have grounding? Are you safe? This guide will answer those questions and more.

Open ground is a situation where you connect a three-prong plug to an outlet that doesn’t have a grounding conductor.

As you may have guessed, this situation is dangerous.

A grounded outlet has three slots. You have a live, neutral, and grounding conductor behind the receptacle. This is why people trust three-prong sockets. They expect the outlets to provide grounding to any appliance you connect.

But some sockets have three prongs even though they don’t have a grounding conductor. IN fact, some houses don’t have grounding systems of any kind. Therefore, a three-prong plug that connects to such an outlet is not grounded.

If a malfunction occurs, the excess current cannot flow to the ground. It will either flow through your body, potentially killing you, or destroy the appliance in question.

But that raises a question. How are GFCIs related to open grounds? Can you have an open ground on a GFCI outlet? No, you cannot. In fact, people use GFCIs to resolve open grounds in outlets.

If you cannot afford to rewire your house, a GFCI is the cheapest alternative.

What Causes An Open Ground On A GFCI?

Do you know what the term ‘grounding’ means? It is fairly simple. A three-prong plug has a larger neutral slot, a smaller hot slot, and the ground slot at the bottom. It looks like a ‘U.’

Houses with two-prong outlets don’t have grounding. On the other hand, three slots on a socket signify grounding in a home. The live wire brings current to the appliance, while the neutral takes that power back.

The grounding conductor guides excess current to the earth. It works in tandem with a grounding rod, which is a conductor with very low resistance. You can use stainless steel, copper, copper-bonded, or galvanized grounding rods.

You plant the rod in the ground, allowing the grounding wire to guide unsafe currents into the earth

GFCIs are fascinating because they respond to ground faults. The term ‘Ground Faults’ makes homeowners wonder whether GFCI technology is connected to grounding. This raises questions about the relationship between GFCIs and open grounds.

Do GFCIs cause ground faults? What happens when you find an open ground in a GFCI? Will the GFCI work? All these questions get disappear once you understand the operations of a GFCI receptacle.

The two are supposed to be equal. The incoming current has to match the outgoing current. If the GFCI detects an imbalance, it will shut the power off immediately. In some cases, the appliance in question will stop working before it can electrocute you.

In other cases, you will still receive a shock, but it won’t be strong enough to harm you.

Do you see the difference? A GFCI monitors incoming and outgoing current. Electricity goes out through the live wire and returns via the neutral. Do you see it yet?

The grounding wire has nothing to do with the work of a GFCI. If you removed the grounding conductor from your outlet, the GFCI would still work. But you can’t compromise a GFCI by removing the grounding.

That was not always the case. Before the 1960s, homeowners could wire their houses without installing a grounding system. Therefore, if you have open ground, you either live in an old home or your contractor broke the law. For one or more reasons, they failed or refused to add the ground.

Will GFCI Work With An Open Ground?

Yes, the GFCI will work on an outlet with open ground. If your socket has two slots, it doesn’t have a ground. But you can still install a GFCI on that socket.

The NEC encourages consumers to compensate for the missing grounding conductor by adding a GFCI. This practice is perfectly legal. It isn’t an illegal shortcut that shady contractors use.

You should only avoid GFCIs if your local building code has prohibited you from using them on open grounds. Otherwise, they are safe. GFCIs will protect you from ground faults.

I think that conventional grounding is the better option. Although GFCI technology cannot replace proper grounding, you are safer than someone that doesn’t have a GFCI.

But the outlet in question can still harm you and your equipment. Some homeowners think that a GFCI provides grounding. Unfortunately, that is not the case.

A GFCI is better than nothing. However, GFCI technology is not as good as proper grounding.

How To Test If My GFCI has Open Ground?

If the socket has two slots, it doesn’t have a ground. On the other hand, a three-slot socket is more likely to have a ground. This is not a guarantee.

Don’t assume that an outlet has grounding simply because it has three slots. Some three-prong receptacles have an open ground. Remove the outlet from its box and look at the wires at the back.

Either you won’t see a ground wire, or the ground wire is broken or loose.

A tester looks like a plug. Once you push the tester into the outlet, the lights on the tester’s body will tell you everything you need to know. The Spruce has revealed a unique tester that people use to test the grounding in a polarized receptacle with two slots.

The tester has two probes. Again, the lights will tell you everything you need to know.

Is It Dangerous To Use GFCI With Open Ground?

There are no open ground GFCIs. If you want to know whether using a GFCI on an open ground outlet is dangerous, the answer is a resounding no. The GFCI will make the outlet less dangerous. The GFCI doesn’t rely on grounding. It uses neutral and live conductors to perform its role.

How Do You fix Open Ground On GFCI Outlet?

You have several options. Some of them are more expensive than others. For instance:

Do I Need To Replace Open Ground With GFCI?

You need to replace open ground with GFCI because if something goes wrong, the excess current has nowhere to go. You could start a fire.

Even if you don’t expect any malfunctions to occur, your insurance company give you a choice in the matter.

If you ever change policies, your insurer may demand an inspection of your house. If they find the open ground, they will force you to make repairs. This is not the only situation that can compel you to resolve the open ground.

For example, potential buyers may choose to perform inspections if you want to sell your home. And if they discover an open ground, they could force you to reduce the value of the house because of all the repairs they have to do.

A GFCI could cost you as little as $135. Fortunately, you only need one GFCI receptacle to protect all the outlets downstream. Rewiring your entire home is more challenging.

Even though Bobvila has identified $1,402 as the national average, Bankrate expects extensive rewiring in a large home to cost you as much as $20,000.