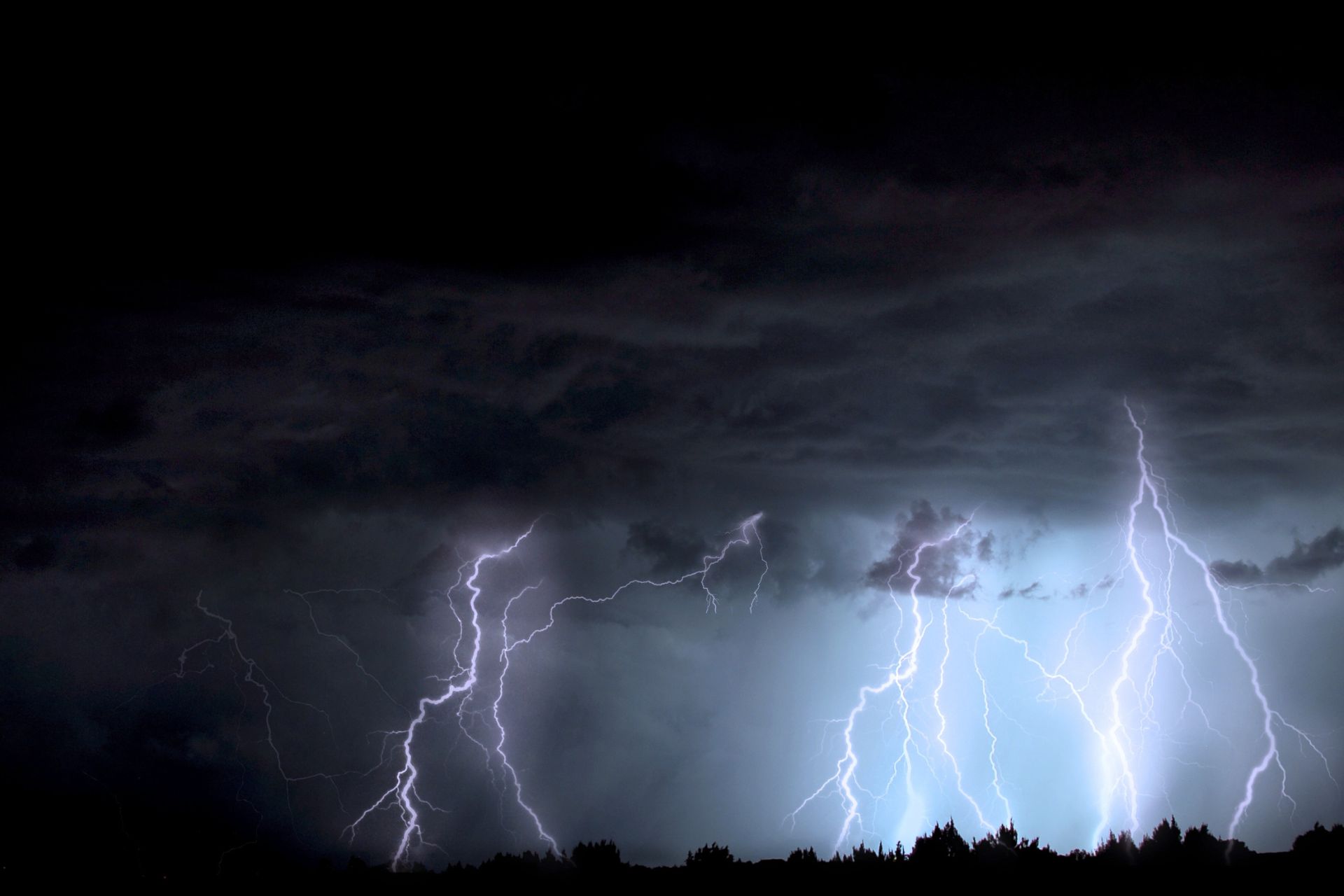 Some people associate rain with blackouts because their power always disappears during a heavy storm. In fact, blackouts during a storm won’t surprise most people. But what happens when the power returns but the outlets refuse to work? What if the power stays on, but the outlets stop working? What could cause this occurrence?

Outlet Not Working After Storm – Why?

Rain is associated with lightning strikes, and surges from a lightning strike can easily overwhelm your electrical system. But you don’t have to worry, not when you have a functioning breaker.

The breaker will trip to protect the electrical system from harm. However, once the breaker trips, it will deprive the circuit of power. Therefore, don’t be so quick to assume that your outlets are damaged. If all the dead outlets are on the same circuit, check the circuit breaker.

If it tripped, reset it. The outlets should start working.

Tripped breakers are the best-case scenario. Additionally, a tripped breaker has a simple, straightforward solution. The same cannot be said for a damaged breaker. A surge from a powerful lightning strike can destroy the breaker.

Once the breaker dies, the connected outlets will stop working. This sounds like the worst-case scenario, but it isn’t. Some lightning strikes won’t stop at destroying the breaker. They can start fires.

Did the power go during the storm? If it did, has it returned? You may assume the outlets have stopped working when the power is not back.

Some people panic in the aftermath of a storm because their GFCIs refuse to reset. But you can’t reset a GFCI when your home doesn’t have power.

Read How Long Does It Take To Fix A Power Outage?

I want you to know the location of your outlets. Are the receptacles outside? Moisture can prevent a GFCI outlet from working. These devices are sensitive. Moisture is more likely to infiltrate a GFCI when you install it outdoors.

Give the GFCI a moment to dry. Better yet, take deliberate steps to dry it. If the GFCI refuses to work despite your best efforts, you have a different problem on your hands.

5). Tripped Outlet Deprive All The Outlets Downstream Of Power

This is the most cost-effective configuration because one GFCI can protect multiple receptacles. However, it is also inconvenient for situations like this one.

If you have multiple GFCIs in the house, you must check them all to find the tripped GFCI affecting the dead outlets. If you reset every tripped GFCI, you will restore power to the outlets downstream.

But again, if you have multiple GFCIs protecting different collections of outlets, it may take you a while to find and reset all the GFCIs.

6). Corrosion Cause Outlets To Fail

Outdoor outlets are more likely to corrode. You expect moisture to interrupt an outdoor GFCI’s operations. But some receptacles will continue to work despite the presence of water. Instead, that moisture will corrode the outlet’s sensitive components, causing the device to fail a few weeks or months down the line.

Corroded outlets are tricky. You can fix some of them by eliminating the corrosion. But others are beyond repair. Your only option is to replace them. Talk to a technician. They can make this decision after inspecting the outlet.

Maybe your outlet is dead. People expect the breaker to protect the wires and outlets. But a strong surge from a lightning strike can destroy the breaker, wires, and outlets in one go.

If you have appliances connected to the outlets in question, the surge will destroy the appliances. Again, this is not the worst-case scenario. The surge can easily start a fire, burning your house down.

Read 7 Reasons Why Outlets Not Working Breaker Not Tripped

How To Make Outlet Work That Is Not Working After Storm?

If your outlets have stopped working because of the consequences of a heavy storm, you can deploy the following solutions:

1). Start by taking to your utility provider. The outlets won’t work if the power is still off. Some people assume that their breakers are dead when the power hasn’t returned.

A simple phone call will give you clarification on the issue. If the grid has a fault, your service provider can send technicians to resolve it.

2). If the circuit breaker tripped, you should reset it. Disconnect all the connected appliances before you restore the power. Some breakers will trip because of an overload.

But if that overload happens during a storm, homeowners are more likely to blame the rain for the tripped breaker. If your breaker trips repeatedly, you have an overload.

For that reason, I suggest you disconnect the appliances before resetting the breaker. Otherwise, the breaker will overload again.

3). If you have GFCI outlets, look for the tripped GFCI. Depending on the number of GFCIs you have, this may take a while. If you can find and reset the tripped GFCI, all the outlets downstream will revive.

4). Moisture worries homeowners, but it isn’t as dangerous as you think. Yes, a GFCI will stop working if moisture accumulates. But you can always dry the outlet with a battery-powered hairdryer.

Maintain a healthy distance between the dryer and outlet. Otherwise, the heat will melt the insulation. If you don’t have a hairdryer, leave the GFCI outlet to dry naturally. Don’t use it during this period.

Better yet, cover the slots with tape to prevent other people from accidentally using the outlet. A wet GFCI won’t reset. And even if it does, the device will trip almost immediately. But once it dries, you can reset and use the receptacle without incident.

6). If the surge destroys the outlets, don’t hesitate to get new ones. In this case, you don’t have an option. If the surge fries the outlet, it won’t work regardless of what you do. You have to buy a replacement.

7). If you have a fuse box instead of a breaker, the surge from a lightning strike blows the fuse. Once that happens, you should replace the fuse.

Again, you don’t have a choice. The circuit won’t work until you replace the fuse.

In some cases, the surge will melt and ignite the wires. The resulting fire can easily burn your house to the ground.

Some consumers are tempted to save money by fixing the wires with electrical tape, especially if the jacket is damaged, but the conductors are fine. That is a mistake.

An ethical electrician won’t give you this option. They will either replace the wiring or refuse to perform the repairs you want because doing so could make them liable for any damage that occurs down the line if the wires start a fire.

Can I Make My Outlets Working Even After Storm Next Time?

You can’t prepare for surges. You can install the appropriate breakers and wires with the correct gauge, but the outlets can still die if the breakers malfunction unexpectedly.

Some people turn the power off during heavy storms just to be on the safe side. Others cover their outdoor outlets, especially the GFCIs. Most consumers are smart enough to buy outdoor outlets that can withstand extreme elements like direct sunlight.

But it doesn’t occur to them to provide protection against moisture. Outlet covers are relatively easy to access. Additionally, they are inexpensive. Outlet covers can withstand heavy downpours.

It doesn’t occur to homeowners to buy them because many of their outdoor outlets have survived without covers for numerous years. Admittedly, even if water infiltrates an outdoor outlet, the device will dry once the sun comes out.

However, exposure to moisture accelerates corrosion. Covers will increase the lifespan of your outdoor outlets.