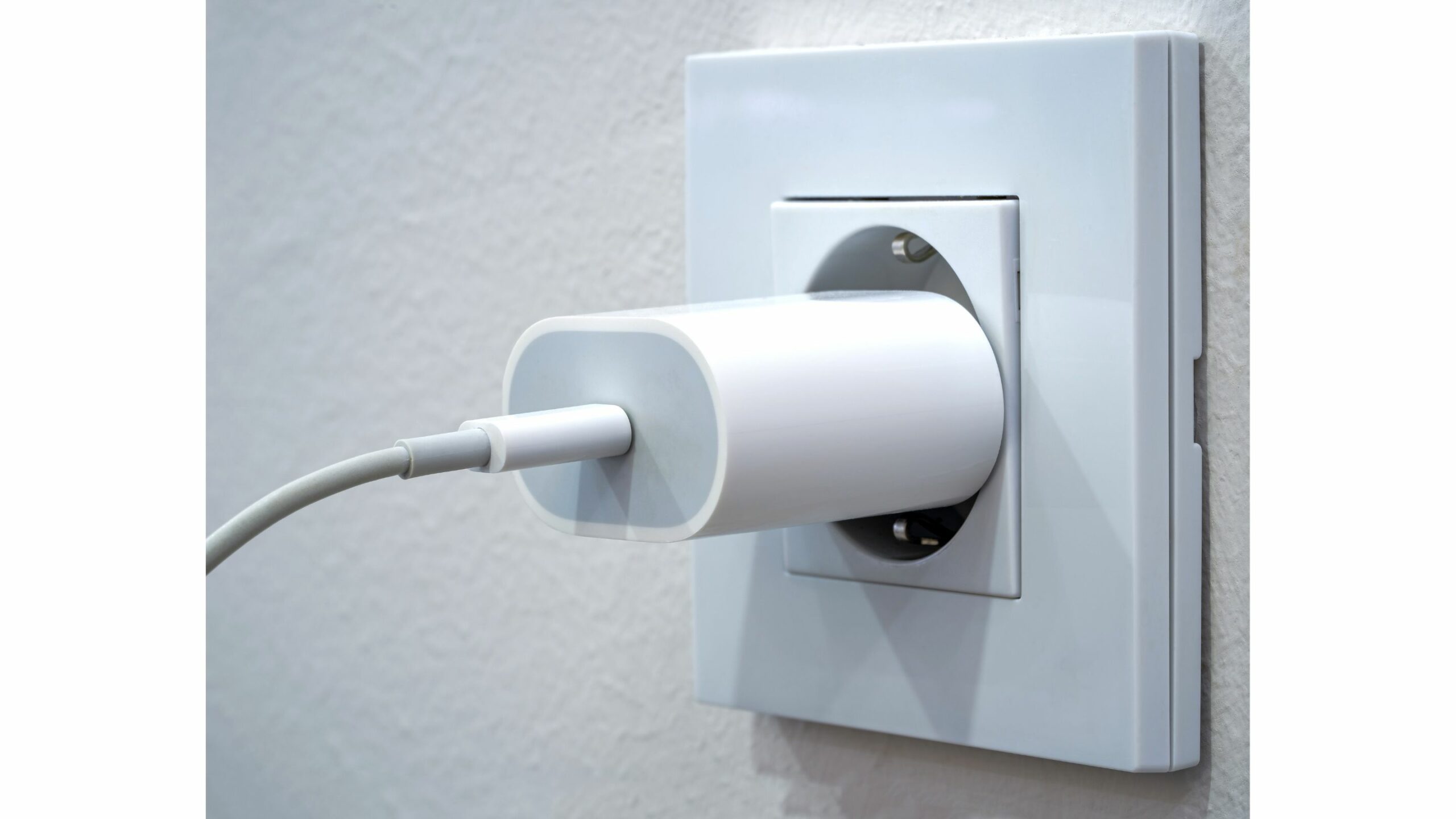 If your phone charger keeps generating a strange noise, this guide will show you where that noise is coming from and how to fix it.

Why Is My Phone Charger Making Noise?

First of all, don’t be so quick to blame the noise on the charger. Chargers connect to outlets, and outlets can generate buzzing, humming, and crackling sounds because of a surge, overload, or malfunction.

Plug the charger into a different outlet. If the noise disappears, you can blame the noise on the first outlet. Many people associate outlet sounds with chargers because these devices are in close proximity to one another.

Every charger makes a humming or buzzing noise because of the current flowing through the transformer. However, that sound is not loud enough for consumers to hear. A few individuals have keen ears that detect this humming.

But it goes unnoticed by most people, which is why you don’t need to worry. This buzzing/humming is only problematic when it becomes loud enough for the average person to hear. That happens when the charger develops a fault.

Wireless chargers have numerous components that turn AC power into DC power. All those components make noise. That includes the switches and coils. But manufacturers include mechanisms that control these sounds by reducing or eliminating the vibrations originating from the various parts.

A defect can interfere with the operations of those mechanisms, leading to crackling, squealing, and hissing. Pitaka has also blamed strange sounds in wireless phone chargers on fans. Wireless charging stations have a fan that combats overheating. The fan is not loud enough to annoy you unless it develops a defect.

Who made the charger? Do you trust the brand? Cheap phone chargers generate strange sounds because the manufacturer used poor quality parts to make them, hence the low price tag.

You cannot trust them to remain in operation for more than a few weeks. And before they die, these chargers will generate strange noises because they have inadequate sound insulation.

Fast chargers make more noise than their conventional counterparts because the power they deliver is significantly higher. Like ordinary chargers, faster-charging devices have a current that creates vibrations as it flows through the transformer.

Even though they generate louder noises, fast-charging chargers are safe. The humming, buzzing, and hissing are normal.

If you only hear the noise when you connect the charger to a phone, the phone is the problem. You can confirm your suspicions by checking the charging port for debris and defects.

Some phones will produce an audible alarm if you connect them to the wrong chargers. Consult the manual for clarification. Besides recommending a charger, it will also tell you what happens when you use a charger from the wrong brand. If the sounds you hear match the alarm the manual mentioned, you bought the wrong charger.

Some chargers produce sounds that signify a specific charging state. For instance, you may hear a sound when the charger starts charging a battery or when the battery is full. Again, you should consult the manual for clarification.

The manual will warn you about the sounds you can expect to encounter. You should only panic when you record sounds the manual doesn’t mention.

Chargers wear out over time. They have internal components that break or connections that become loose. You can also damage these devices by mistreating them. They are more likely to generate strange noises as they approach the end of their lifespan.

The first step in diagnosing a faulty charger is to identify the type of noise you hear. The kind of noise will point you to a potential cause. Consider the following examples:

The phone charger makes crackling noise because the capacitor has failed. However, the outlet is the most probable culprit.

Crackling typically points to loose connections. It can turn outlets and chargers into fire hazards, especially if it originates from arcing.

The phone charger makes a clicking noise because of the inbuilt fan in a wireless charging station.

You are better off sending the charger to an expert because clicking might signify a serious hazard.

Look for other devices in the area. Because phone chargers don’t typically click or tick, you may blame the sounds from another item, such as a clock, on the charger. Once you eliminate this possibility, check the manual.

You can relax if the manual mentions clicking during the charger’s normal operations. While this is rare, it can happen. You can also eliminate the clicking by turning the fast-charging mechanism off. If this fails to produce results, inspect the fan and replace it if the component is defective.

Phone Charger Noise When Plugged In – Why?

The charger makes a noise when you plug it in because a current is flowing through the small transformer inside. The vibrations make noise. However, this noise is not loud enough for you to hear it. Manufacturers add glue and tape to minimize the vibrations.

But some people have ears so keen they can’t help but notice these sounds. They become louder when the tape and glue wear off.

You don’t have to fix this noise unless it is loud enough to irritate you. In that case, you need a new charger. Your current charger is either damaged and worn out or old.