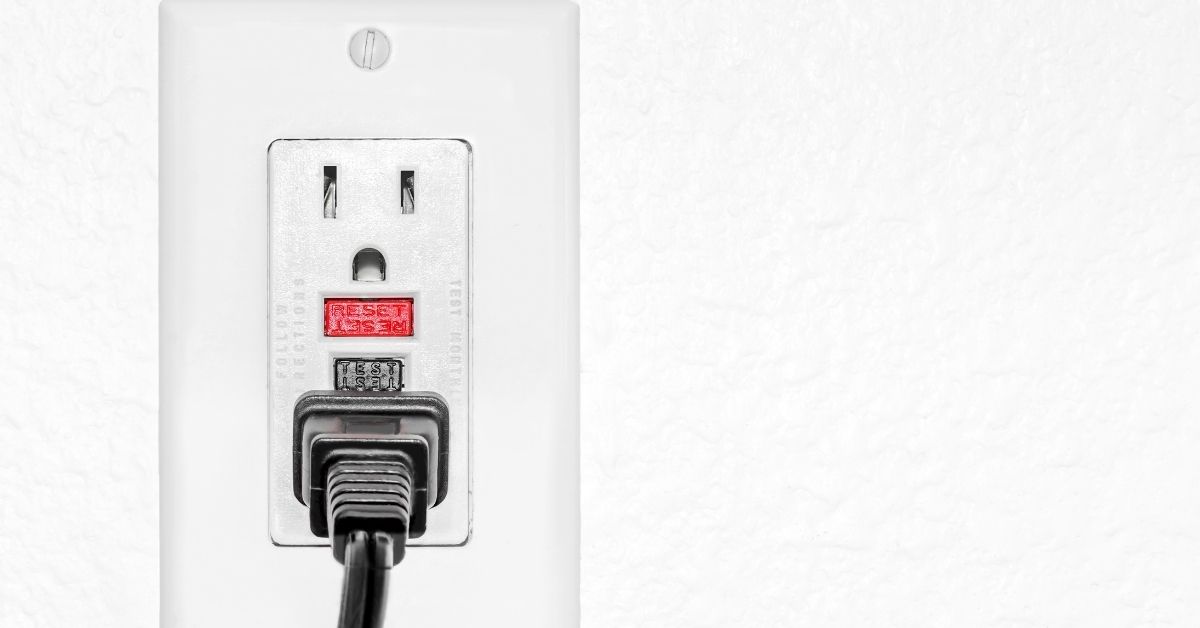 Everyone knows that adding GFCI outlets to your home will keep you safe from electrocution. But what happens when you plug a GFCI cord into one of those GFCI outlets? Can you trust the GFCI outlet to protect you? Will the GFCIs cancel each other out? Surprisingly enough, you don’t have quite as much to worry about as you think.

Can I Plug A GFCI Into A GFCI?

You can plug a GFCI into a GFCI outlet. Plugging a GFCI into a GFCI won’t place you or your property at risk. At worst, if a ground fault occurs, it may take you a while to identify the GFCI that tripped. But that makes this practice a nuisance, not a danger.

Some devices have in-built GFCI protection. In other words, even if you connect them to an ordinary outlet, they have an internal mechanism that responds to ground faults, preventing the appliance from shocking the user. If you have a GFCI-protected appliance, you don’t need GFCI receptacles.

However, if your house has GFCI protected outlets, you can plug a device with onboard GFCI protection into those outlets. The rules do not prohibit this practice.

You can either install GFCI outlets in places like the kitchen and bathroom that expose devices and appliances to moisture, or you can install a GFCI breaker.

A GFCI breaker offers GFCI protection to every single outlet in the house.

If you have a GFCI breaker, GFCI outlets are unnecessary.

That being said, can you install a GFCI outlet on a circuit that has a GFCI breaker? Yes, you can. This is similar to plugging a device with onboard GFCI protection into a GFCI outlet. Like the first case, this one is not prohibited by the rules.

Why Can’t You Plug A GFCI into another GFCI?

You can plug a GFCI into another GFCI. The two GFCIs will not interrupt one another.

Some people are convinced that plugging one GFCI into another will cause one of the GFCIs to interfere with the functions of the other one. As a result, when a ground fault occurs, neither GFCI will respond, exposing the homeowner to the threat of electrocution. But that couldn’t be further from the truth.

Some people have argued that the GFCIs in question may race to see which one trips first. But no one expects the GFCIs to stop working simply because they are connected.

If you don’t have a GFCI outlet in your home, an electrical professional will tell you that adding one is pointless and unnecessary if the devices you want to operate have inbuilt GFCI protection.

If you have a GFCI breaker, they will also tell you that additional GFCI receptacles are unnecessary.

But if you already have GFCI receptacles, you are free to use equipment with inbuilt GFCI protection if that is what you want. The same applies to GFCI outlets on a circuit with a GFCI breaker.

On the one hand, all the available evidence clearly shows that consumers can plug a GFCI into a GFCI outlet without incurring any significant consequences. The GFCIs will not interfere with one another. More importantly, the practice is perfectly safe.

On the other hand, many people have tried to plug devices with in-built GFCI protection into GFCI receptacles only for the GFCI outlets to immediately trip. These stories are difficult to dispute because they are not isolated cases.

That being said, most of the people that have recounted these stories will tell you that the manuals attached to their GFCI-protected devices clearly state that the devices cannot work with GFCI receptacles.

Therefore, you have to conclude that these devices have a defect that causes GFCI receptacles to trip. If your GFCI outlet trips whenever you plug an appliance into it, don’t be so quick to assume that the appliance is GFCI-protected.

Some appliances have current leaks that trip GFCIs. This is part of the reason why they have inbuilt GFCI protection. Listen to the manual. If it has encouraged you to keep the appliance away from GFCI outlets, do as the manual says.

What Happens When I Plug A GFCI Cord into A GFCI Outlet?

Before A Ground Fault

If a ground fault hasn’t occurred, nothing will happen. GFCI cords and outlets work just like any other cord and outlet. They transmit power to the devices and appliances you have plugged into their slots.

After A Ground Fault

This is where people tend to worry. They think that a GFCI cord will interfere with the operations of the GFCI receptacle, preventing it from tripping. Or they expect the reverse to happen.

But their concerns are unfounded. If you connect a GFCI cord to a GFCI outlet, the power shut off all the same in the event of a ground fault. It doesn’t matter which device trips first.

Just pick one. You don’t need to waste money on multiple GFCI devices when one GFCI outlet can protect all the outlets downstream.

Can You Daisy Chain GFCI Outlets?

You can add as many GFCI outlets to a circuit as you want. However, this practice doesn’t make sense. If you install a GFCI receptacle on the outlet closest to the breaker, every outlet downstream will receive GFCI protection.

This method is cheap because you can use a single GFCI to protect multiple outlets. In case you forgot, GFCI outlets are more expensive than ordinary outlets. For many consumers, it is simply not feasible to buy a GFCI for every single outlet in their kitchen, bathroom, garage, etc.

But if that is the case, why would anyone daisy-chain GFCIs? If the term is new to you, daisy-chaining refers to the practice of adding multiple GFCIs to the same circuit.

People do this because they do not want a trip in one outlet to deprive all the outlets downstream of power. If you have a GFCI on each outlet, a trip in one GFCI will only affect the outlet on which it is installed.

It is not dangerous but if the GFCIs downstream carry out an internal self-test, they will cause the GFCIs upstream, or even the GFCI breaker to trip because it detected a fault.