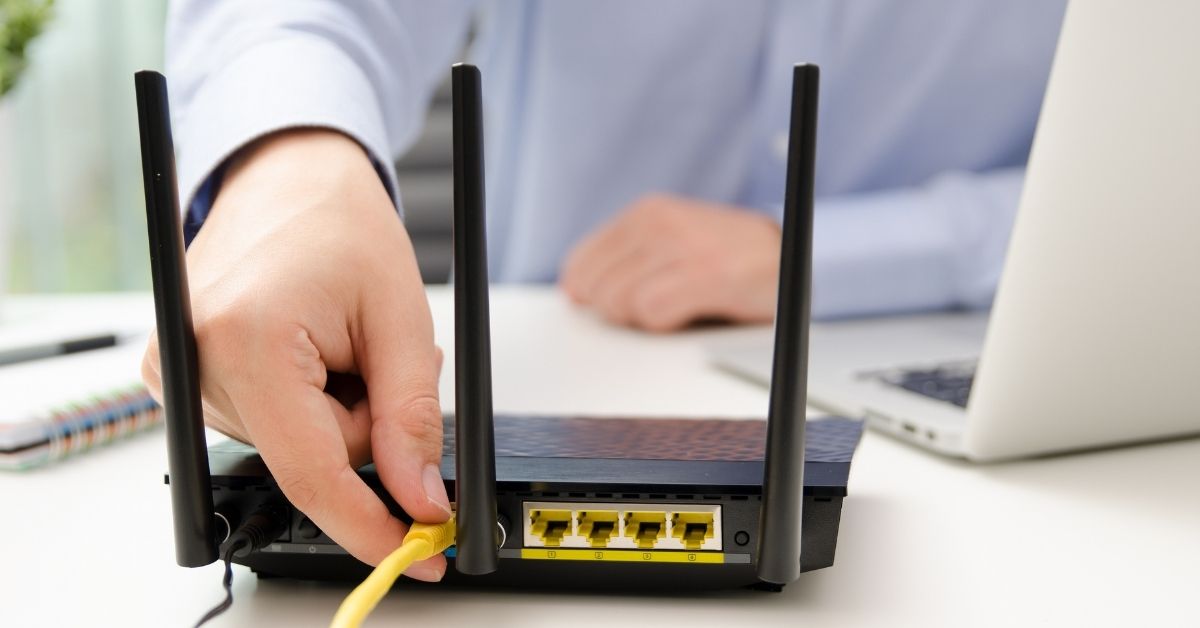 Should A Router Be Plugged Into Surge Protector?

On the other hand, ordinary surges and spikes happen all the time. They can occur as a result of a malfunction on the mainline, loose wiring, and even the presence of heavy-duty appliances whose power consumption spikes whenever they switch on.

If you can plug ordinary computing devices into a surge protector, you can do the same to routers and modems.

Is Surge Protector Necessary for A Router?

If your region is prone to frequent surges and spikes, you need a surge protector. Otherwise, a surge could destroy all your equipment, including the router.

Surge protectors are not a luxury. They bring several benefits to the table, including:

This is their primary function. A surge protector will prevent a router from burning out. I also encourage you to get uninterruptible power supplies.

Secondly, they have inbuilt batteries that allow the router to remain operational in the event of a power outage. If you want to buy a UPS for your computer, you might as well secure a unit that can accommodate the computer as well as the router.

The best surge protectors are made by manufacturers whose policies compel them to reimburse consumers whose equipment was destroyed by a surge. Their policies will only cover the cost of repair and replacement to an extent.

If you read their documentation, it will specify the repair and replacement amounts they are willing to cover. In many cases, they offer hundreds of thousands of dollars in compensation, which is far more than the cost of a router.

Surge protectors can defend against brownouts. Brownouts will reduce the lifespan of your equipment.

Even if the surges in your area are few and far in between, a surge protector will give you peace of mind. It will give you the assurance that your router will stand the test of time. After all, even though surges are rare in your community, they can still happen. And when they do, you won’t see it coming.

However, you should know that a surge protector can have drawbacks. Keep the following in mind:

Many people have disputed these suggestions. From what they have seen, a surge protector does not pose a threat to the functions of a router, not unless you connect the router to the coax line of the surge protector.

According to these people, many consumers blame surge protectors for signal interference and a slower bandwidth when their routers are either defective or poor quality.

Can You Plug a Modem into a Surge Protector?

You can plug a modem into a surge protector. A poorly designed surge protector may cause interference via the capacitance. But in most cases, you don’t have any reason to worry.

Surge protectors with a coax line may present a challenge. But ordinary surge protectors can be trusted to defend your modem without affecting your internet connection.

Can You Plug a router into an Extension Cord?

The length increases resistance which, in turn, increases the voltage drop.

A router uses less than 0.48kW each day. That translates into roughly $2 or less each month.

But a router doesn’t consume enough power to introduce these same risks. The average extension cord is also incapable of interfering with a router’s signal.

Many electrical professionals will encourage you to avoid extension cords because of the various dangers associated with their use.

However, outside of this general warning, extension cords are safe. You can use them to power your router.

Can You Plug a Modem into An Extension Cord?

Modems are not heavy-duty items. They do not use enough electricity to causes overheating. Additionally, you don’t have to worry about the voltage drop preventing the modem from getting the power it needs. It doesn’t use that much power, to begin with.

You are supposed to avoid extension cords because they will overheat and start fires if you overload them. They can also prevent powerful appliances from working correctly if they are too long.

This is because the increase in length causes the resistance to rise. An elevation in the resistance will lead to a spike in the voltage drop, a phenomenon that reduces the amount of electricity the extension cord is transmitting to the appliance.

But this concern doesn’t affect modems.

Energy Use Calculator says that they consume roughly 6 watts a day and that is only if you leave them on for 24 hours, which most people tend to do.

Can You Plug A Modem and Router into a Power Strip?

Unless their manuals say otherwise, power strips cannot protect you from a surge protector. They are dangerous when used to operate heavy-duty items. They are more likely to overload. But routers and modems cannot overload a power strip.