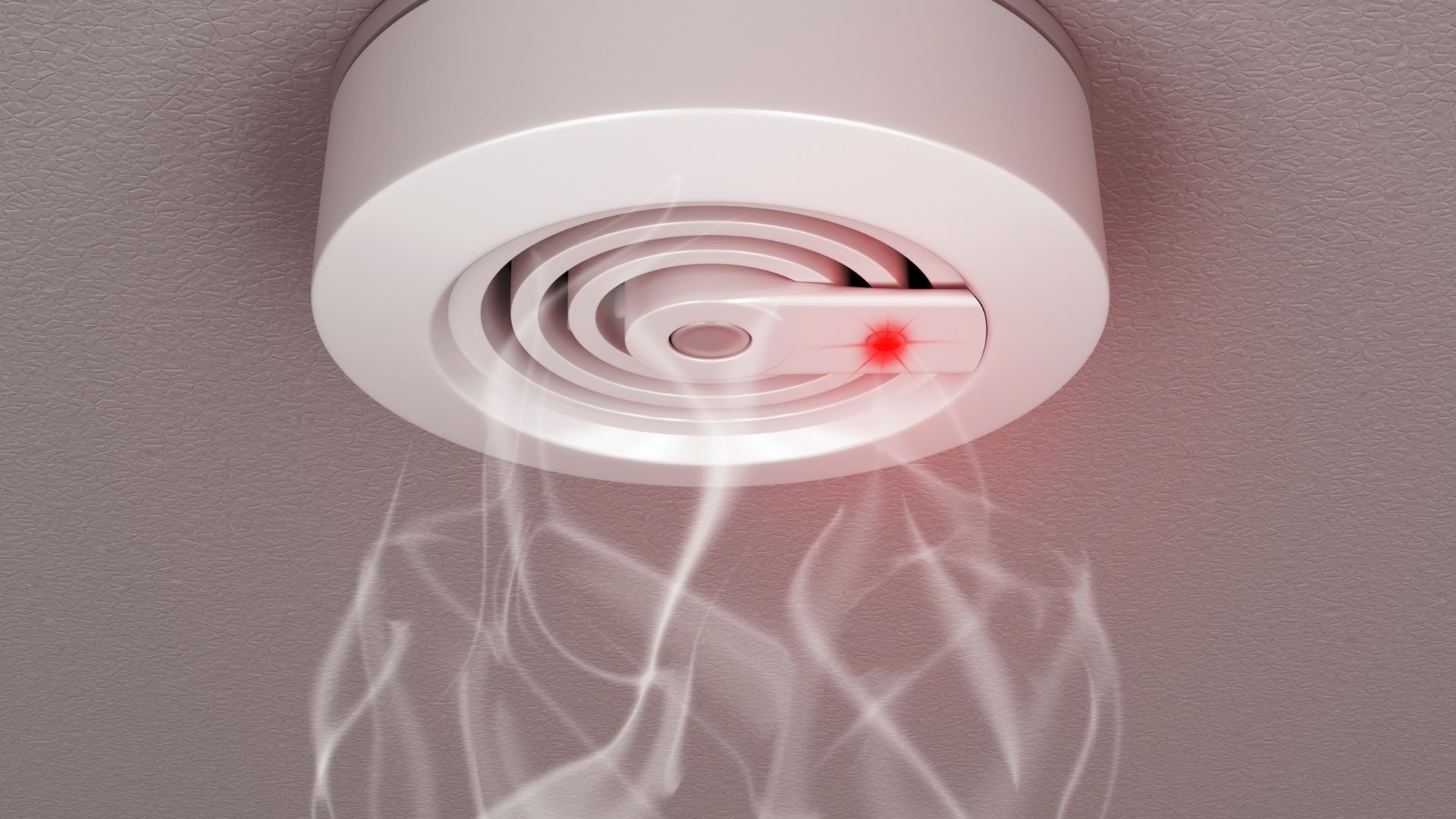 Smoke detectors are supposed to protect you. However, like every electronic product, they are vulnerable to faults, defects, and malfunctions. A defective smoke detector cannot protect you. Fortunately, manufacturers include LED indicators that consumers can use to diagnose the health of the smoke detector.

Why Does My Smoke Detector Blinking Light?

The light on a smoke detector can flash, blink, and illuminate for various reasons, including:

As you can see, the factors responsible for blinking lights on a smoke detector vary widely. Some of them are good, for instance, when a smoke detector blinks to show that it is working correctly. Others are bad.

Like every electronic device, smoke detectors have manuals that explain the meaning of each light. The people who make smoke detectors don’t have to follow any particular standard where the LED indicators are concerned.

Therefore, the meaning of a blinking light may change with each country. A conventional technician can diagnose your smoke detector to determine whether or not it has an issue. But they can’t tell you what the lights mean. You have to talk to the manufacturer.

You should also realize that the meaning of a flashing light will depend on the type of light.

According to First Alert, their smoke alarms have a green light that blinks to show that the device has power. Some models from this brand use a red light. A green LED signifies normal operations.

However, they have also noted that some models use a green light to signify different issues. You have to interpret the number of flashes. The light will blink slow, fast, or remain solid and steady. This is where your manual enters the equation. It can provide clarity.

Again, you should confirm the meaning of a flashing green light by looking at the manual or the manufacturer’s website.

A smoke detector that flashes every 15 seconds while chirping has reached the end of its life.

Additionally, green lights which flash every two seconds signify a low battery. But those interpretations may not apply to your model.

Flashing Green and Chirping – Why?

Chirping is high-pitched. Don’t confuse it with a low-pitched intermittent alarm that only sounds for a few seconds. Chirping is somewhat complex because the sound usually accompanies a flashing red light.

For that reason, a device that flashes green while chirping may confuse people. But that is why the manual is so important. It can provide clarification on this issue. Some smoke detectors will only chirp with a green light when the device is dead. You have to replace it entirely.

Flashing Green After Changing Battery – Why?

A green light is a good thing. It shows that the smoke detector is operational. It has a reliable power source. If the device has a carbon monoxide detector, you want it to flash green. This shows that all is well.

The device is working, and it hasn’t detected any smoke or gas in the air. But don’t expect this interpretation to apply to every smoke detector.

Note: These devices blink green when the batteries are low.

Therefore, if you just replaced the battery, a flashing green light shows that the new battery is defective. If you trust the battery, an electronic malfunction has occurred. Power cannot reach the smoke detector.

Check the manual to determine what the green light means. Depending on the model, the flashing light could be a good or bad thing.

Either the smoke detector has a low battery, or it has failed to charge. Electronic glitches can create charging errors.

With some models, this signifies a fault. But some hardwired smoke detectors with backup batteries flash green and then red to show that everything is fine.

The green LED can also start blinking when the battery is low. This is why the manual is so important. It can help you clarify issues like this one.

How To Stop Smoke Detector From Flashing Green?

If the manual blames the LED on a low battery, you can charge or replace the battery depending on the model.

But if the device is blinking to show that everything is fine, you can’t stop the blinking. The manufacturer wants the light to blink because you need it to diagnose the smoke detector.

Smoke Detector Not Flashing Green – Why?

Flashing green light signifies a low battery, you want the flashing to stop because it shows that the battery is fully charged. But if the green light is a sign of normal operations and the presence of AC power, the absence of flashing is bad.

Either the smoke detector doesn’t have power, or it stopped working altogether. The best way to diagnose the device is to identify the other lights it has illuminated.

Some red LEDs will flash to show that the device is working correctly. Like the green LED, the red light has various meanings depending on the model. Check the manual for clarification.

Don’t forget to check the manual to gain clarification. These interpretations don’t apply to every model.

Flashing Red and Beeping – Why?

The flashing red light followed by beeping can signify smoke. If you can’t find any signs of smoke or fire, the batteries are running low.

Flashing Red After Going Off – Why?

A smoke alarm can flash red because it detects lingering smoke particles in the air. But if the device went off before it started blinking, you have a problem with the battery. It is probably out of charge.

Flashing Red After Battery Change – Why?

If your device flashes red to show that everything is fine, it will flash red after a battery change because it has resumed normal operations. It probably flashed a different color when the battery was low. Now, it is flashing red because it has power.

If a red LED signifies smoke, the device probably detected smoke once you changed the batteries.

Rapid blinking can signify trouble. But you will observe long, slow blinks (every 40 to 60 seconds) when the device is operating correctly.

How Often Should A Red Light Flash on Smoke Detectors?

Smoke detectors flash red every 40 to 60 seconds to show that everything is fine.

How To Stop A Smoke Detector From Flashing Red?

You can’t stop the flashing. Healthy smoke alarms should flash red. The flashing light is only problematic if it signifies a low battery or fault. In that case, you stop the flashing by solving the problem. That means charging the battery and hiring a technician to solve the malfunction.

Smoke Detector Not Flashing Red – Why?

This is a problem if the device is supposed to flash red when everything is fine. Clearly, things are not okay. If the red light is flashing faster than usual, it is performing a test, or it has detected smoke.

If a different light is flashing, find out what that light means. This assumes that a flashing red LED is good. If the device only flashes red when things go wrong, you want the flashing to stop because it shows that you solved the problem.

Smoke Detector Flashing Red Yellow Green At Once – Why?

Smoke detectors will flash blue when they detect elevated CO levels. You see this in Fire X systems. You can also blame the flashing blue LED on a ‘Previous Alarm Condition At An Unidentified Source.’

The only way to know what the flashing blue light means is to check the manual.

You can blame flashing orange LED on a fault in the detector, such as a low battery or a tamper switch error. With Fire X systems, red, yellow, and orange LEDs will flash when the device detects smoke and significant CO levels. But before you react, make sure the smoke detector is actually flashing orange.

In the right lighting, red and yellow LEDs can look orange. A defective LED can also make the red light look orange. You may look for a solution to a flashing orange light when the LED is red.

Check the manual. It will tell you whether or not the smoke detector has an orange LED.