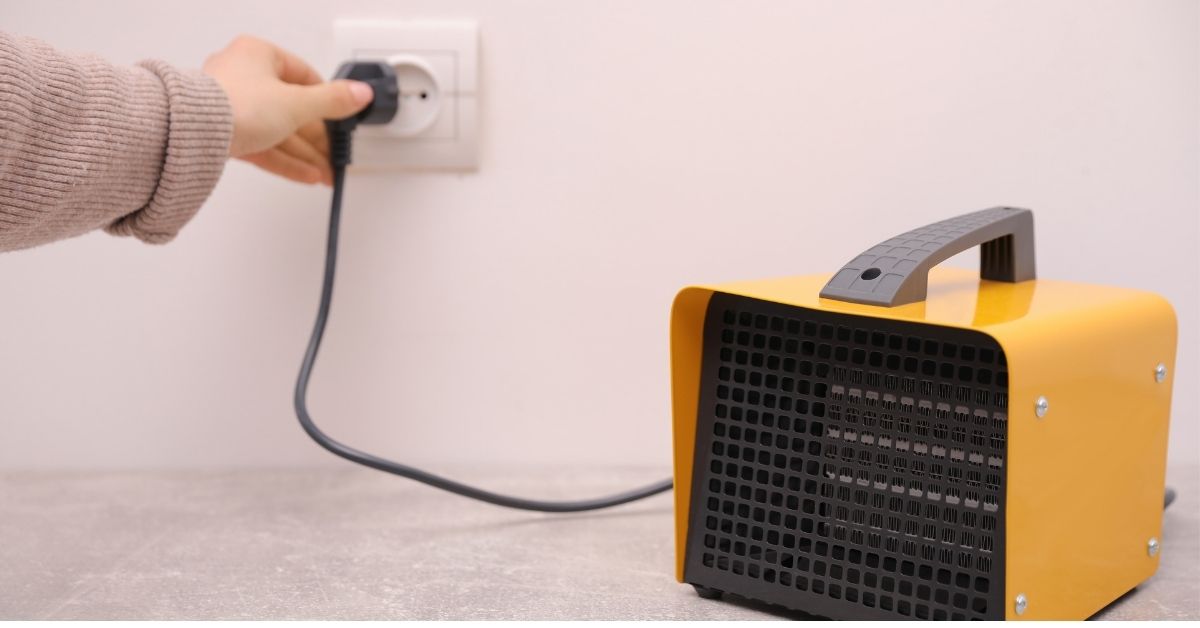 Space heaters are lifesavers during winter. But what happens when the space heater plug gets hot? Can you continue using the space heater or are you better off unplugging the appliance? Is it even safe to unplug a space heater with a warm plug? The answers to these questions are important because they may save your life.

Why Do Space Heater Plugs Get Hot?

A space heater plug gets hot because it draws a lot of electricity. It can also become hot because of a short circuit, loose connections in the plug or outlet, worn-out wiring, an outlet with damaged contacts, etc.

But if the plug has become too hot to even touch, you can blame one or more of the following factors:

A loose connection will increase the resistance, forcing the space heater to draw even more current to meet its demands. This will increase the amount of electricity being wasted as heat, causing the plug to become so hot that you cannot touch it without being burned.

According to Let’s Fix It, if the cable connecting the appliance to the plug is too small, it will struggle to transmit all the electricity that the space heater needs. The increase in resistance will cause the cable and the plug to overheat.

Manufacturers always ensure that the cables attached to their space heaters are strong enough to safely carry all the power the appliances need. However, every once in a while, an appliance accidentally receives a cable that is either defective or the wrong gauge.

The prongs of the plug can corrode over time, developing rust or other deposits whose presence will increase the resistance. This will lead to overheating in the long run.

Is it Normal For A Heater Plug To Get Hot?

A lot of people complain that their space heater plugs are hot when, in truth, they are simply warm. And that is perfectly normal. When a current passes through a conductor, some of that electricity is going to go to waste as heat. The amount of heat lost will depend on the resistance.

Space heaters are special because they are powerful. To generate the heat you require, they have to draw a lot of electricity, which means that the plug and even the cord (in some cases) cannot avoid becoming warm.

Space heaters should only concern you if the plug is so hot that you cannot hold it for more than a few seconds without getting burned.

If you can smell burning plastic, then you have an even bigger problem on your hands, one that has to be resolved immediately. Otherwise, the space heater might start a fire.

How Hot Can Heater Plug Be?

I do not expect the plug of an appliance to get so hot that it burns the person touching it. The plug should only be warm. If you cannot hold the plug without burning your hand, the plug is too hot.

It has become a fire and electrocution hazard. If you have any curtains, papers, and other flammable materials in the vicinity, the plug could set them on fire.

What To Do If A Space Heater Causes Outlet To Get Hot?

If the space heater is plugged into an outlet, and that outlet is getting hot, you have to identify the cause before you can resolve it, for instance:

Outlets in older homes are more likely to overheat because the wiring is equally old, which means that it is worn out. Besides increasing the resistance, worn-out wiring can cause arcing, especially when you have a powerful appliance like a space heater.

The obvious solution is to replace the wiring as well as the outlets. If you have an older home, this process may cost you a lot of money. But the cost is worth it to protect the inhabitants of your home.

Sometimes, a single appliance is not at fault. If your space heater is just one appliance among many that have been plugged into the same outlet, the outlet will overheat because you have overloaded it. This can happen with consumers that rely heavily on power strips.

Loose connections are just as dangerous in outlets as they are in plugs. A circuit breaker is supposed to defend against such issues. But if it fails to respond, an outlet with loose connections could start a fire. You can either fix the loose connections or replace the outlet, depending on the severity of the problem.

Anything that increases the resistance, not to mention the amount of electricity the space heater is drawing, can cause the plug and outlet to melt.

If a space heater plug gets hot and you fail to take the necessary steps to alleviate the overheating, the plug could melt, starting a fire in the process.

What Should I Do If Heater Cord gets Hot/Melted?