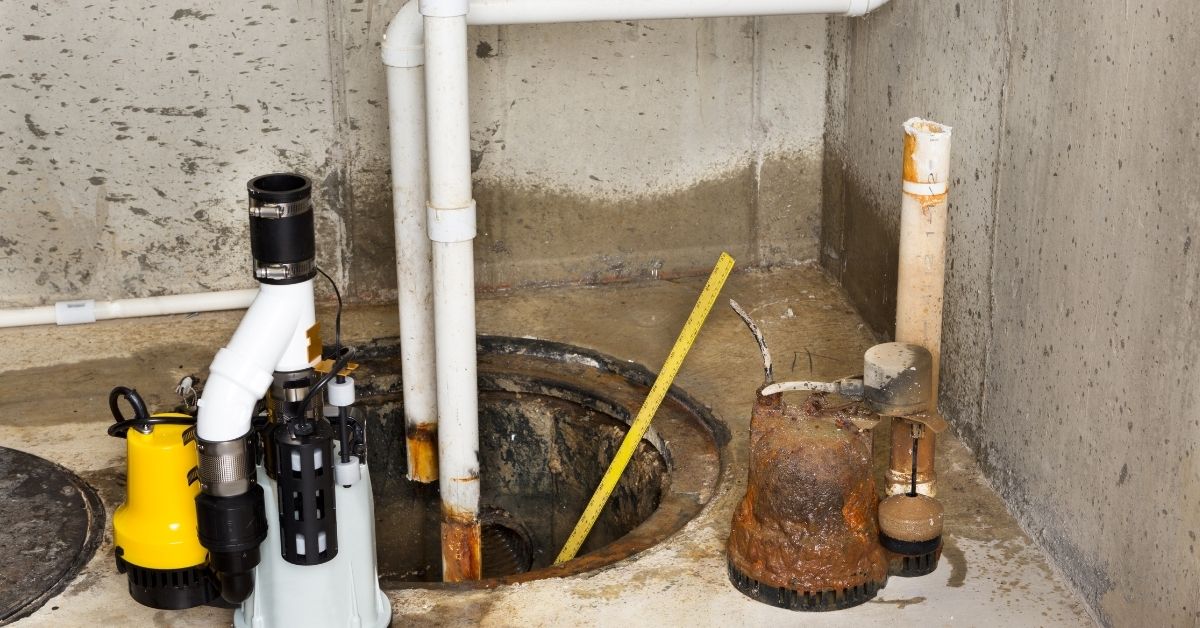 A sump pump will keep your basement from flooding, but only if it has a power source. GFCIs are supposed to prevent electrocution. However, they can also deprive a sump pump of power. This raises several questions. Are GFCIs worth the trouble? Does it make sense to pair this technology with a sump pump? Are you better off using an ordinary receptacle?

Should A Sump Pump Be On GFCI?

You Should connect sump pumps to GFCI outlets because it prevents electrocution. GFCI is a device that trips whenever it detects a loss of current. If a malfunction allows the current to escape its predetermined path, the GFCI will protect the consumer from electrocution by shutting the power in the receptacle off.

You have to remember that a sump pump is a piece of electrical equipment. And yet, at some point, depending on where you live, that sump pump will become submerged in water.

Sump pumps are important. If your basement is in danger of flooding, pipes will direct the water into a pit before a sump pump funnels it away. Sump pumps operate automatically. Once their systems detect a certain amount of water, they will activate. Some of them will go so far as to sound an alarm to let you know that your basement is in danger of flooding.

If GFCIs are so obviously important,

Why are so many Homeowners hesitant to install GFCI In Sump Pump?

Yes, a GFCI will protect a consumer from electrocution. However, GFCIs are also prone to nuisance tripping. This is where they trip, depriving your appliances of power in the absence of a real ground fault.

The Capital Gazette has noted that appliances whose motors start suddenly can trick a GFCI into believing that a ground fault has occurred. If this happens to a GFCI that powers a freezer, your food will go bad and you won’t realize it until it’s too late.

With a Sump Pump, the risk is far worse.

Nuisance tripping can deprive a sump pump of power at a critical point, allowing your basement to flood. If this happens to a home whose owners are away for an extended period, the flooding could destroy their property.

This is why homeowners hate the idea of using GFCIs on a sump pump. They don’t want to lose their property to water damage. But such arguments always raise the same question.

Would you rather lose your property or your life?

Proponents of GFCIs argue that any property that flooding destroys because nuisance tripping in a GFCI deactivated the sump pump, can be replaced. But any life that is lost because a sump pump without a GFCI energized the water can’t be replaced.

People think that every homeowner has to choose between exposing their house to the risk of water damage by adding a GFCI or introducing the threat of electrocution by removing the GFCI. But that isn’t true.

Just add a battery backup system. You cannot eliminate the risk of flooding by removing the GFCI because a power outage can still occur, in which case, the sump pump will stop working all the same.

Battery backups solve this problem. The systems use heavy-duty batteries that will keep your sump pump running in the event of a blackout. These same batteries can prevent the sump pump from deactivating whenever nuisance tripping in the GFCI deprives the device of power.

The regulations surrounding sump pumps and GFCIs are less complicated than the question of whether or not it makes sense to plug a sump pump into a GFCI. But you are still expected to keep a few factors in mind:

The NEC expects consumers to connect sump pumps to GFCIs. An exception had eliminated the need for GFCI technology in situations like this. However, it looks like that exception was removed in 2008.

It is also worth noting that a lot of people use sump pumps in unfinished basements.

The NEC expects to see GFCIs in unfinished basements. Therefore, even if you think that the NEC’s regulations on sump pumps and GFCIs are open to interpretation, if the sump pump is in a location that requires a GFCI-protected circuit, you must connect the sump pump to a GFCI.

But that only applies to sump pumps that you have to plug into an outlet. You can ignore the NEC if your sump pump is hard-wired.

At the end of the day, the local code supersedes the NEC. If the regulations in your area permit homeowners to install sump pumps without connecting them to a GFCI, you can ignore the NEC.

Many manufacturers have manuals that instruct consumers to connect their sump pumps to a GFCI. You don’t have to listen to these instructions. In fact, most people ignore them. That being said, if your sump pump came with similar instructions, you should keep it in the back of your mind that the manufacturer expects the sump pump to work with a GFCI.

Why Does My Sump Pump Keep Tripping the GFCI?

Many people expect a sump pump to trip a GFCI from time to time. But if yours is tripping the GFCI a little too frequently, you can blame the phenomenon on the following:

You have to consider the possibility that the GFCI keeps tripping because it is doing what it is supposed to do. It is reacting to a ground fault in the sump pump.

Sump pumps have seals and watertight gaskets that keep moisture from touching the electrical wires.

If those seals and gaskets deteriorate, allowing a hot conductor to touch wastewater, a ground fault will occur, tripping the GFCI. This is a good thing. The GFCI is keeping you safe.

Did you install the GFCI yourself? Are you sure you wired it correctly? Improper wiring and loose connections can cause a GFCI to trip incessantly.

How To Fix A Sump Pump That Trips GFCI?

Sescos has an interesting idea that homeowners rarely consider. If you don’t want to use a GFCI because it could flood your basement in the long run, get audible GFCIs. They generate a loud sound whenever they trip.

Rather than waiting for water to rise through your floor because you did not realize that the GFCI had deactivated your sump pump, an audible GFCI will let you know that it has tripped, giving you the opportunity to reset it.

Some GFCIs are quite advanced.They will send alerts to your smartphone in the event of a trip.